Phil Angelides Sits Down With NBC11 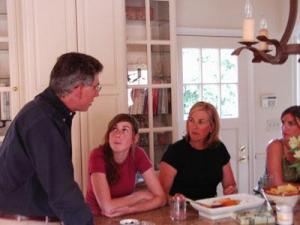 NBC11 Capitol Bureau Chief Mike Luery sat down with state treasurer and gubernatorial candidate Phil Angelides and his family at their home in Sacramento to talk about a wide variety of topics from taxes and immigration to education and health care.

He is a lifelong Sacramento resident and so is his wife, Julie. The Angelides have three children.

Oldest daughter Megan is a former Peace Corps volunteer who worked in the West African nation of Senegal for three years. She is now working for her father’s campaign.

Megan is engaged to be married in July to Greg Norris.

Angelides’ daughter Christina is also working for the campaign. She graduated from Harvard earlier this month.

Phil Angelides has said he supports public financing of elections. Now he, and the rest of the California Democratic Party, have a chance to put their mouth where their money has been. The California Nurses Association, working with the Foundation for Taxpayer and Consumer Rights, has formally qualified a clean-money ballot initiative for the November election.

If voters approve it, California’s system will be similar to that of Maine and Arizona, in which candidates who refuse private contributions — other than $5 seed-money donations — will be provided full public funding for their campaigns. Even better, revenue from the system would come not from general funds, but rather from a slight increase in the corporate tax. Further, the clean-money system would provide candidates with funding to offset so-called independent-expenditure campaigns. These are the virtually unregulated spending spasms offered by outsiders in support of a given candidate, like the Chamber of Commerce bankrolling pro-Arnold campaigning and the wealthy Tsakopoulos family underwriting Angelides’ advertising.

The ballot initiative has also won the endorsements of the California Clean Money Campaign as well as the leading national advocate of comprehensive campaign-finance reform, Public Campaign. In other words, Californians finally have within their reach the power to stick a cork in the gushing pipeline of special-interest influence in state campaigns. And the same voters who had to be dragged sedated and in chains to cast a vote in the recent and totally money-marinated primary enthusiastically snapped to life to support the clean-money push. Initiative organizers say they gathered the necessary 620,000 qualifying signatures during just five weeks of solicitation — and from across partisan lines.

So will Phil, whose campaign is already faltering and scurrying behind the Governator’s, come out and boldly endorse the clean-money initiative? Will the Democratic Party machine that cranked out squads of phone bankers and door knockers for Angelides in the primary now put its muscle behind an initiative that will finally crimp the role of Big Money in state politics? Will Democrats be willing to support a measure that blocks the flow of both corporate and union funding into the electoral system? Or, better put, will Pope Benedict demand that his young nephews have bar mitzvahs?

All of the above outcomes are equally likely. The Democrats, as we know, bitch and moan about the lavish amounts of cash that, say, Arnold Schwarzenegger can raise from wealthy special interests. But that’s only because they are jealous. Democrats also have their own deep pools of special-interest funding from Hollywood, the high-tech industry and unions, or, in Angelides’ case, a more traditional base of developers. These sources provide piles of cash, but usually not quite as much as Republicans can stack up.

So while naive liberals might now be expecting Phil and the party to throw their weight behind real campaign-finance reform, it’s more likely they’re about to learn that there really is no difference between the two parties on this issue. The fight around the November clean-money initiative promises to be a monumental battle between the entirety of the political establishment on the one hand, and the CNA and some consumer advocates on the other. We’ve seen this sort of sordid spectacle before, so why any shock? We saw Democrats gang up with Republicans in the recent past to defeat an energy re-regulation measure, as well as one for statewide universal health care.

Here comes the really bad news. Some sources report that the campaign against the initiative will be led by Democratic consultant Gale Kaufman, the same woman who engineered the $70 million union campaign — known as the Alliance for a Better California — last fall against Arnold’s packet of ballot initiatives. Apparently, this state would be a better place if we didn’t tamper with the current system, which blatantly legalizes corruption. Say it ain’t so, Gale. Kaufman’s office says she’s on vacation for two weeks and nobody else there could possibly know. Uh-huh.

Meanwhile, we learn, Governor Schwarzenegger last week had a closed-door meeting on this same issue. (For the record, the governor’s people deny that such meetings involved anyone outside the office, but hold open the possibility that such a discussion occurred with staff members.) The governor, apparently, is mulling over the possibility of endorsing the initiative. I have to suppose that, in the end, he won’t. But can you imagine the scenario? Democrats and union consultants lined up with the Chamber of Commerce to ensure the status quo while Arnold sides with his old enemies in the nurses union? Sounds like a movie to me.

Steve Westly might have thought his campaign for governor was over when shook hands with fellow Democrat Phil Angelides the day after the June 6 election and vowed to support the state treasurer in his run for governor.

But as Art Torres, the state Democratic Party chair, predicted months ago, California Republicans aren’t willing to let the flames of that hotly contested state primary die out. Instead, the state GOP is on the air with anti-Angelides TV ad that reminds voters just why they were so disgusted with politics and politicians that they stayed home in record numbers on election day.

The ad, dubbed “Quote,” features a collection of the nasty things Westly said about Angelides’ tax policies during the primary, followed by the ominous tag line: “What if Steve Westly was right?”

Well, it stands to reason that if Westly was right about what he said about Angelides, he might also have been right about the even nastier things he said about GOP Gov. Arnold Schwarzenegger, but that’s someplace the state Republican Party isn’t going to go in an ad they’re paying for.

More to the point, however, those charges didn’t keep Angelides from winning in the primary, so there’s no guarantee they’ll be any more effective in the fall campaign, although it’s a sure bet that the governor and his campaign crew will be using them again and again and again before Nov. 7.

The ad also points out some of the oddities — not to say absurdities — in California’s campaign finance law. The state party ad started running across the state as soon as the Schwarzenegger campaign took its own spots off the air. The timing isn’t a problem, since the rules give political parties carte blanche to coordinate advertising with their candidates. It’s also no coincidence that the new ads give California voters yet another chance to see Angelides walk backward, since the party spots were done by the same Schwarzenegger ad team that had the state treasurer moving in reverse (“Why take California backward?”) in the campaign ads done earlier this month.

But the one thing the new ad doesn’t do is even breathe a suggestion that voters should back Schwarzenegger in November. That would take the TV spot from its current high plain of issue advertising (“Phil Angelides is a tax-loving, business-hating disaster for California”) to the grubbier depths of political promotion (“And Arnold Schwarzenegger isn’t, so vote for him”).

Now that’s a distinction without a difference to most reasonable people, but no one ever accused politics or politicians of being reasonable. 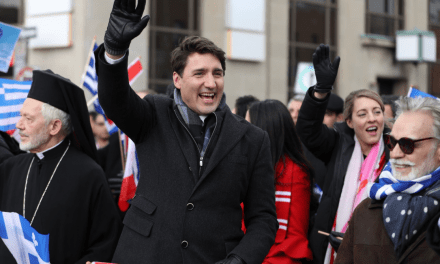 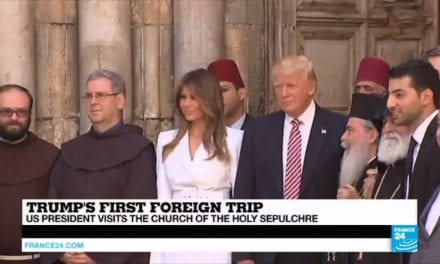 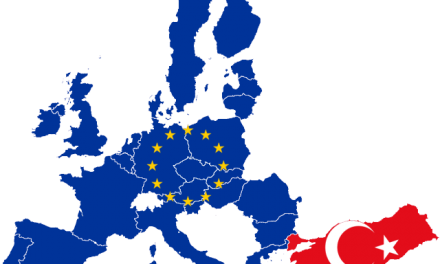 Turkey: lift the state of emergency as soon as possible!

D. Avramopoulos: Greece was, is and will always remain the most reliable & solid factor of stability in the southern eastern Europe & the eastern Mediterranean