Early jubilation for the Burgaz-Alexandroupolis pipeline?

The creation of an ‘orthodox oil arch,’ which bypasses Turkey and acts as an alternative to Baku-Ceyhan, places Greece in the position of an international player in the regional energy games

“Sour Grapes” (actually “vinegar” in Greek), murmured the Greek journalist with a grin on his face, referring to the unhappiness of Ankara over the “historic” tripartite oil deal signed on Thursday between Russia, Greece and Bulgaria in Athens for the construction of the Burgaz-Alexandroupolis pipeline. “Yes, Ankara may be angry with this, with the Cypriots conducting their own policy on the Eastern Mediterranean too, but, well. That's life. For the first time, Greece is included in the global energy map,” explained our happy journalist to his approving TV panel on Thursday evening during one of the main discussion programs on Greek TV.

In fact, you would hardly find any body in Greece on Thursday, disagreeing with him. In remarkable journalistic unison, most reporters and analysts hailed the deal with an array of superlatives describing the importance of it and the beneficial effect especially for the area of Greek Thrace. However, a careful glance would reveal some interesting details. Unlike the Greek prime minister, President Putin with his sphinx like face — behind which hides perhaps the most intelligent and crafty leader of our present world — was, as usual, very careful with his statements: “The step we take today is dictated not only by the interests of our two countries, but by the interests of the global economy. It is an important contribution to the global energy development, a diversification of the routes of transport,” he said in reply to the speech of Kostas Karamanlis at the signing ceremony.

He also added another interesting point, which was slightly overlooked amidst the general enthusiasm: “The project — which has taken almost 12 years to be signed — should finish as quickly as possible, like 2008,” he proclaimed. “From September until today we constructed 700 kilometers of the pipeline in Siberia and here, we are discussing just 277 kilometers of a pipeline since 1994!” Well, Putin can scold anybody.

It was obvious that he was in a great hurry. Actually, Putin, who came to Greece three times in one-and-a-half years for this project had started losing his patience. During his last visit back in September he had warned, that if the project did not start soon, Russia would find an alternative route to send her oil to Europe. Anyway, the price of oil was going up and Russia was losing money.

Two days after the signing of the deal and a clearer picture has started to emerge. Nobody disagrees in Greece that the project will have beneficial effects for the neglected area of Alexandroupolis through the creation of jobs, services, tourism, etc. Large construction projects are expected to provide significant development opportunities to the area. The face of the area will change. It will be a major European oil terminal. Just the containers due to be constructed in Alexandroupolis by the Russians with a storage capacity 600,000 tons, will be the biggest in the world, they tell us.

Nevertheless, how much control will Greece have over that? Careful economic observers were pointing out that the “historic” deal signed on Thursday actually is not so much of a golden opportunity for Greece as originally thought. Looking at the details of the signed agreement, they have noticed that it transfers the full control of the project to the Russians, who own 51 percent of the joint venture. The same observers claim that the weak point of the deal is that it does not provide guarantees for the minimum quantity of oil to be pumped through the pipe from Russia to Alexandroupolis. And worse, that there is no penalty if the Russians decide to reduce the quantity of oil through the pipeline. Neither Bulgaria nor Greece can claim compensation for loss of income if the amount of oil passing trough the pipeline is less than planned, they say.

Another tricky aspect of the deal is that the Russians not only own 51 percent of the shares of the joint venture. The Russian company Transneft (the state company that constructs the Russian pipelines) will actually have full control of the pipeline in terms of supplies and management; that includes the 277 kilometers which runs on Greek territory.

With regards to the fees that Greece and Bulgaria are to receive from the company, when the oil starts being pumped, this is also a vague provision: apparently the fee will be determined according to the competitiveness of the project. The Greek side was claiming that they would be able to receive $1 per ton but the text of the deal indicates that the final fee will be determined through an international tender.

It might be argued that, it is not really for the money, that the deal is important. It is more for its geopolitical importance. The creation of an “orthodox oil arch,” which bypasses Turkey and acts as an alternative to Baku Ceyhan, places Greece in the position of an international player in the regional energy games. However, it is very doubtful whether Putin would risk cutting his ties with Turkey as it is in his best of interest to keep all his energy options open.

These are the times when energy policies no doubt dictate traditional politics. However, they also interfere with our habitat. The area of Alexandroupolis and the Delta of Evros are among the richest and most beautiful wild life preserves of Europe. So, are the islands of the North Aegean. I hate to think what a major environmental change a giant industrial project like this would bring to the 50,000 inhabitants of the beautiful coastal city of Alexandroupolis, which welcomes every visitor from the East — mainly Turks — with a gigantic arrogant sign reading, “The First European City.”

However, unpleasant this maybe for the westward-looking Alexandroupolites, the advance of entrepreneurial Russians may turn their city into a non-European Russian outpost. 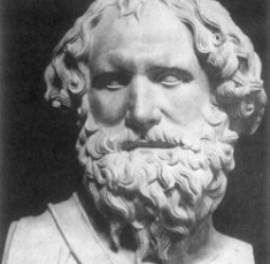 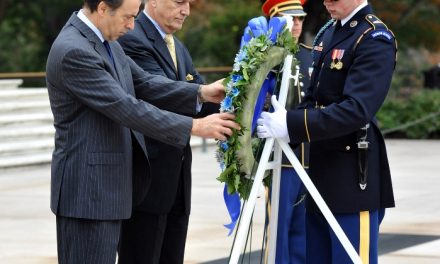 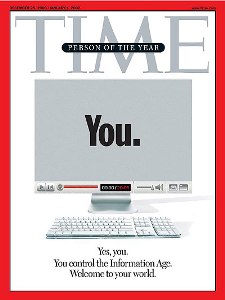 Person of the Year: You