My name is Pavlos Voskopoulos and I am a member of the European Free Alliance – Rainbow, the political party of the ethnic Macedonian minority of Greece.

I am writing to you in relation to the so-called "name dispute" between our country, Greece and the neighbouring country, the Republic of Macedonia.

While we are not the direct subject of those discussions and wish not to act as a "spokesperson" for the Republic of Macedonia, we feel obliged to say a few words on the issue. The denial by the Greek state of the right of a neighbouring people and state to be called by the name which it has chosen for itself indirectly influences our Macedonian identity.

As members of the ethnic Macedonian minority of Greece, we feel it is of crucial importance for our continued existence that our national identity and distinctiveness is respected. We believe that we too should be able to freely choose our identity, to enjoy that right and to be respected. If Macedonian identity is denied generally, then so is the case with our own identity. Unfortunately such a denial is being done by the state which we are citizens of. The right to self-determination and choosing one's own identity is based on universal principles of respect for human and minority rights.

We believe in order to have a lasting peace, good neighbourly relations and solidarity between the Balkan countries, the larger nation-states, specifically, Serbia, Greece and Bulgaria, must finally come to terms with the right of the Macedonian people to full self-determination, respecting at the same time the rights of the ethnic Macedonian minorities within their borders. At the same time, the minorities in the Balkans should reject to be instruments for irredentist policies of states, which unfortunately was the case in the last decades with the wars in the former Yugoslavia.

It is true that when the international community constituted that there were violations of basic human rights in the wars in Bosnia and Hercegovina, and Kosovo, it decisively took action and intervened by military means with UN consent. The purpose of this intervention was to protect the local population, to stabilise the region and also to teach a 'lesson' to the totalitarian and undemocratic regime as was the Milosevic regime in the former Yugoslavia.

In the case of the Macedonian question we feel that the international community can (in this context, the UN too) play a key role when it comes to peace, stability and the future of the region. Greek policy, unfortunately, in the last decade or so, has been extremely destabilising in the Balkan region, firstly by giving support to the Milosevic regime in the 1990s and secondly by denying the right of is neighbouring country, the Republic of Macedonia and people to choose its own name, i.e., its identity.

Such behaviour, luckily, has not had any negative consequences in relation to the cohesion and stability of the Republic of Macedonia, thanks to the support of the international community towards this relatively young state. However it is a fact that Greek policy indirectly in the last 15-20 years was an 'obstacle' on the road of the Republic of Macedonia to European and world integration.

In this context, we trust that the international community will not make the mistake of supporting aggressive Balkan nationalisms, specifically in this case Greek nationalism, by denying the Macedonian identity. We know that this state antagonism at the beginning of the last century together with the denial of Macedonian identity by the Balkan states 'fed' this antagonism for the purpose of territorial expansion of the Balkan states at the time. Unfortunately, the international community back them did not respect the will of the Macedonian people for national and state emancipation which would have resulted in the formation of a Macedonian state with a separate ethnic and national identity. As a consequence of those Balkan policies there was much hardship and suffering occurred, as documented and described by international reports such the Carnegie Commission. We sincerely hope that history will not be repeated.

For these reasons, we believe that the international community should finally send a clear political message in relation the existing negative position of our state, Greece, regarding the Republic of Macedonia. We believe that such this will assist in the task of beginning a progressive ideological reform of the Greek state and indeed of Greek society, which are essential in order to make Greek policy in the region positive and constructive. This is particular importance for the peace and stability of our region, especially given that the "Yugoslav crisis" is coming to an end with the imminent decision on the future status of Kosovo.

We believe the United States has made a significant contribution towards achieving stability in our region. In this connection we trust that you will once again play a positive role in the so-called "name dispute" and on the issue of recognition of the Macedonian minority of Greece.

We have attached a number of documents which we strongly urge you to read prior to your upcoming meeting with our Foreign Minister, Dora Bakoyanni. In particular, we encourage you to examine our most recent letter to Mr Nimetz (5 November 2007) which exposes the fundamental flaws in the Greek position.

I trust that this is information will be of some use to you and please do not hesitate to contact us for further information. 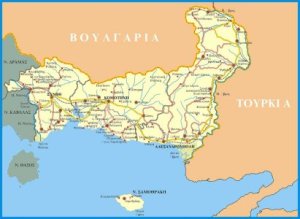 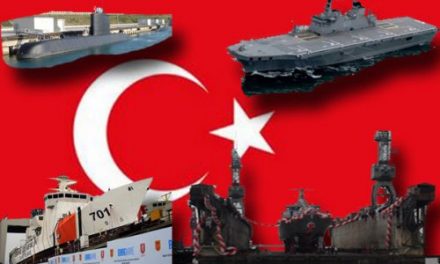 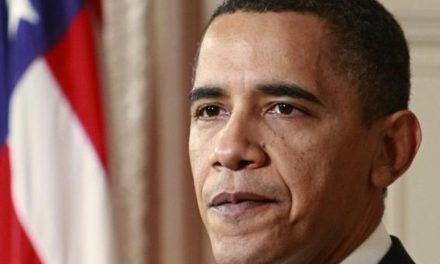