US soldier unhooks wire along the Afghanistan/Pakistan border. As violence along the border continues, Washington pays for both sides in "wars within the Afghan wars, of which the tribal people on both sides of the border were witnesses and victims." (Photo: AFP / Getty Images)

"That secret operation was an excellent idea. It had the effect of drawing the Soviets into the Afghan trap … The day that the Soviets officially crossed the border, I wrote to President Carter: We now have the opportunity of giving to the Soviet Union its Vietnam war." So said Zbigniew Brzezinski in a media interview in 1998.

A decade later, we can look back upon the tactic Brzezinski was boasting about, also as a trap Washington was laying for itself. The US was working to give its own Afghan war to itself. It is a weird sort of war, in which it killed allied troops over a week ago and is struggling to cope with the aftermath.

The former national security adviser, who assisted President Jimmy Carter during 1977 to 1981, was alluding to the plan to aid and arm insurgents in Afghanistan months before the Soviet intervention, with Carter authorizing covert Central Intelligence Agency (CIA) operations in the region in July 1978. Codenamed Operation Cyclone, the CIA program for 1979 to 1989 was funded to the tune of $20 million to $30 million per year from 1980 to 1986, and $630 million per year thereafter.

No secrecy has shrouded either the post-9/11 Pentagon-Washington plans in the border areas of both Pakistan and Afghanistan or the budget running into billions of dollars for the purpose. The only difference is that, long after the departure of the Soviet troops from Afghanistan and, indeed, the Soviet Union from the world scene, an occupation Army of the US and its NATO allies is caught in a trap. And the trap seems shut tighter than ever before.

The imbroglio found a strange and striking illustration in the incident of June 10, when a US air strike killed 11 soldiers at a Pakistani checkpoint in the Mohmand tribal region of Pakistan, bordering Afghanistan's Kunar province. The coalition forces in the area had been fighting Taliban insurgents, whom the Pakistani Army of a largely tribal composition, could or, according to many, would not stop from crossing the border. The episode provided more than an inkling of the wars within the Afghan war, of which the tribal people on both sides of the border were witnesses and victims.

The incident has led to strong verbal protests from Pakistan to Washington. The Pakistani Army, in a statement approved by chief General Ashfaq Pervez Kiyani, has called the attack on the post "unprovoked and cowardly." Former Army chief and ambassador to the US Jehangir Karamat has said, "This is the first time the United States has deliberately targeted co-operating Pakistani forces," and noted the absence of any "statement by the US that this was 'friendly fire' and that the intention was not to target Pakistani forces."

Unofficially, sources in the Pakistani Army have talked of a number of similar attacks on Pakistani territory in the past, attributed then to "faulty intelligence." It is claimed that, as a partner in the US-led "war on terror," the Army has even owned up to some such strikes to avoid embarrassing its allies. The counterclaim from the coalition forces is that the strikes have been made in "self-defense" and in order to prevent Taliban incursions from the Pakistani side.

The trap consists, above all, in two-way border incursions by the two "anti-terror" allies of the US, which threaten an escalation of hostilities. On June 15, Afghan President Hamid Karzai claimed the right to attack his Taliban tormentors on Pakistani territory. This invited a declaration by Pakistan's Foreign Affairs Minister Shah Mehmood Qureshi of a resolve to "defend Pakistan's territorial sovereignty." Neither of them mentioned this, but the most notable point about it all is this has become a war in which Washington is paying for both sides.

Not everyone might find this a delightful irony, but many could see it in the making down the past three decades. Toward the end of the eighties, former Prime Minister Benazir Bhutto is said to have told then US President H. W. Bush, "You are creating a Frankenstein," referring to the funding and fattening of the Taliban force. Even earlier, this was obvious to foreign observers in Afghanistan. I was in Kabul as a journalist during 1981 to 1983, and can vouch that few then saw the tribal warriors and warlords under the US tutelage as fervent devotees of democracy, the cause they were supposed to serve under the CIA. The Taliban established an outrageously oppressive regime in Kabul in 1996. But it was not until the late nineties that Washington began to worry about the fundamentalism of the force, funded also by Saudi Arabia. Apprehensions on this score, however, did not unduly affect the conduct of the "anti-terror" war in Afghanistan and Pakistan.

Pakistani journalist Ahmed Rashid, author of "Descent into Chaos," pointed this out, when asked in a recent interview why Pakistan was backing Taliban insurgency and creating instability in Afghanistan against Islamabad's own "best interests." Rashid replied: "I think the real issue was that the US refused to recognize this issue. The US agenda for Afghanistan and Pakistan was that General (Pervez) Musharraf should be involved in catching as many Al-Qaeda – that is the Arab component of the Al-Qaeda leaders – as possible. They were not interested in [dealing with] the Taliban … and there was no real pressure on the Pakistanis to end their support for the Taliban."

The policy has defeated its own purpose. The post-Musharraf government of Pakistan is holding parleys with top Taliban commander Baitullah Mehsud, accused earlier of masterminding Benazir's assassination. And, on May 26, in a rare media interview, Mehsud rejected reports that al-Qaeda leader Osama bin Laden and other leaders were hiding in his region. "… Osama bin Laden is dead, and the Afghan Taliban leader, Mullah Omar, is not in our territory," he declared.

Indications are the wars within the Afghan war will continue. Brzezinski, it turns out, had set a trap for George W. Bush and, possibly, his successors, too. 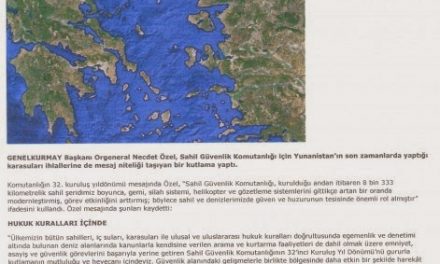 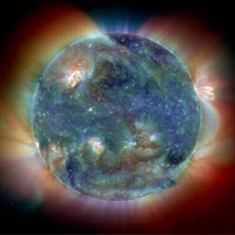