“BACCHAE”(VAKHES) of Euripides from the Theatre Scheme of Leonidas Loizides 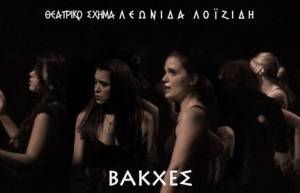 it is about the tour of a Greek theatre production with the staging of the classical tragedy "BACCHAE"(VAKHES) of Euripides from the Theatre Scheme of Leonidas Loizides in the version of the dean and professor of the University of Athens, Marika Thomadaki and in direction of the pioneer and innovating director Leonidas Loizides, who has a 20-year active career in the theatre stardom, always serving the quality theatre, and with artistic successes, the destiny of which had been to travel abroad and make a tour in Europe and America, as we are ambitious for our new oncoming production too. The play will be presented in the Greek language with English hyper-titles. Its ingenuity lies in the fact that it is performed only by a female cast, that will totally consist of eight women, selected professional actresses, out of the best Greek actresses. It is about a pioneer idea of Leonidas Loizides that aims at the promotion of the role and the power of the woman, in the past as well as in the present time and the future.

We also point out that in this attempt of ours we have the support of the Greek state and the honour, this theatrical production to be under the auspices of the Greek ministries of Foreign affairs, Tourist Development, Transportation and Communications, the Organization for the Promotion of the Greek Culture of the Ministry of Culture, as well as ΠΟΔΑ (Cultural Organization of the Municipality of Athens) and UNESCO.

All the above factors render the as above performance perfect from the artistic point of view, at a level that it can satisfy even the most demanding audience.

The theatre company consists of 8 members and along with the director, the technician (operator of lights and sound) and the production organizer, constitute the eleven-member team that will travel for the materialization of this inspired project. 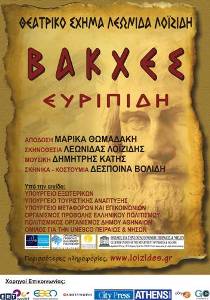 Our ulterior objective is the spreading of the Greek culture and theatre as well as the teaching of the classical and always timely, for each society, tragedy of one of our greatest tragic poets, to Greeks of the same descent that live abroad and to foreigners. Furthermore, an aim of our specific attempt is to find people and states which are friendly to Greece and our culture, aiming at their promotion and the beginning of a professional and artistic opening of the Greek theatre.

The specific production will be ready to spread its wings beyond the Greek horizons in June of 2008 and we hope that its journey will be far and long from the time point of view, within the bounds of possibility. Already, several stops in countries of Europe, America and Australia have been included in our schedule, while we aim at the inclusion of other cultural stops in other countries of these continents as well as in countries of Africa and Asia too! Furthermore, expect for the performances that will take place abroad, the said theatre production will tour in Greece too, for a limited number of performances in selected places, hosted by local entities.

We indicatively mention to you the already scheduled performances that the "Theatrical Scheme of Leonidas Loizides" will stage, presenting the play BACCHAE of Euripides in America, at the following educational institutes for the quoted dates:

Euripides, the philosopher of the theatrical stage, and the most tragic of the dramatic poets of Ancient Greece, writes "Vakhes" in 415 a. d.., pointing out the end of an era.

"Vakhes" is the last work of Euripides and is considered the most enigmatic work of the theatrical production of the poet, who experiences the consequences of the Peloponnesian War and foresees through "Vakhes" the advent of a new era for Greece. Reading "Vakhes", one sees the unavoidable conflict between the era that goes and the new one that comes. Pentheas expresses the established order of things while Dionysus expresses the new cosmic theory, the one that will finally prevail.

"Vakhes" constitutes the component of all the tragic aspects of the life of the mortals and belongs to the world of universality and globality. Our choice to present Euripides aims at the showing of speculations regarding interculturality and globalization.

In our performance, we put emphasis on the philosophical aspect of the theater, as it was operating in the Ancient times. Furthermore, we draw the attention of the audience to the humanitarian ideals, presenting them in a diachronic context, avoiding the impressiveness through extreme modern approaches of the current problems of the human being.

The rule for the direction of the theatrical performance "Vakhes" is the cultivation of the moderation and the classic harmony. We do not forget that in Ancient Greece, the institution of the theatrical contests had had as an ulterior aim to activate the action of learning, therefore the theatre was operating as a school for the education of the soul and the spirit through the great examples of the tragic heroes.

Our performance addresses itself to the audience, wishing to sensitize the sense of the tragic and to provide again its charismatic meaning, which is self-knowledge.

Leonidas Loizides (born February 22, 1964) is a critically acclaimed theatre and film director, a Cypriot by birth.

He attended New York University, at Tisch School of the Arts, earning a degree in Film Directing.  At the same time, his artistic quest led him to Sonia Moore's School of acting, teaching and directing, getting immersed in Stanislavski's  earth-shaking theatre, film and acting techniques.

Upon finishing, he returned to Greece where he launched on an acting career, participating in productions with great actors, directors and producers. This became the fertile ground for his talent to spring forth and thus receive rave reviews and significant awards for a period of time. He cut his  acting career short because the real passion in his life, directing theatre and films, became his   ‘calling'.  In this, he was highly encouraged by actors, directors, producers and critics with ‘heavy' names in the Greek Theatre.

In Athens, he worked in famous theatres and staged a series of demanding plays which carried his personal touch, ranging from ancient tragedy to the contemporary scene. With his theatrical group he also gave performances to audiences in many cities in Cyprus, England, France and the USA.

*The shows marked red have toured abroad (England, France, the USA and Cyprus) 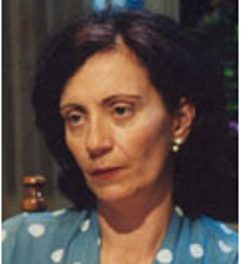 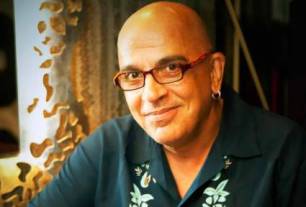 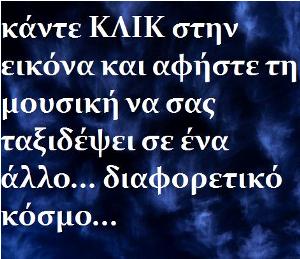 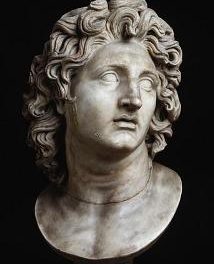