How to Save Greece 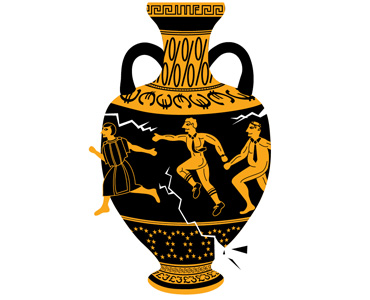 Greece is a chronic defaulter. Since winning independence from the Ottoman Empire in 1832, the nation has spent half its time in various stages of default or restructuring. At one point in the middle of the 19th century, Greece was in default—meaning out of compliance with debt obligations—for 53 straight years, according to This Time Is Different: Eight Centuries of Financial Folly by economists Carmen M. Reinhart and Kenneth S. Rogoff.

If Greece defaults again, this time really will be different. The finances of the world are linked more tightly. Derivatives obscure and sometimes concentrate risks. Greece is locked into a single currency with 16 other nations. It’s possible that the global economy could get lucky, and a Greek default will be a minor event. But it’s also possible that a default would cripple a chain of vulnerable economies, including Ireland, Portugal, and Belgium. The nightmare scenario: defaults by Spain and Italy, which might thrust all of Europe into a deep recession.

When big banks fall, as they did in 2008, nations rescue them. When big nations fall, there is no one strong enough to hold the safety net. “Failure to undertake decisive action could rapidly spread the tensions to the core of the euro area and result in large global spillovers,” the International Monetary Fund, which is no stranger to sovereign debt crises, warned on June 20.

Can disaster be averted? The answer is yes, because a solution exists. It doesn’t involve simply reprimanding the Greeks to cut their way back to good health, as the Eurocrats in Brussels have been pushing for. Nor does this plan force creditors to accept repayment stretched out by seven years, as Germany, until recently, has advocated. Best of all, the world has tried it before—and it worked.

The idea, which has floated around for months without getting much uptake from European decision-makers, is to scarf up Greece’s unaffordable debt on the open market and exchange it for new, more affordable long-term bonds issued by a (presumably) reformed Greek government. A deal like this, modeled on the approach that helped Latin American nations emerge from debt crises in the early 1990s, would save Greece money on interest, while getting its debt into the hands of investors who want to hold it, instead of ones who can’t unload it. (It’s worth emphasizing that investors are not blameless—chasing after high returns, they ignored the warning signs that Greece was in over its head.)

A good time to try something like this would be, oh … yesterday. The debt crisis is doing visible damage even without a default. The Greek economy shrank 5.5 percent over the past year under the weight of austerity measures and punishingly high interest rates. Unemployment was 15.9 percent in March. Less visibly, though dangerously, European banks are getting nervous about their peers’ creditworthiness. Instead of borrowing from one another, as usual, a growing number of banks—353 as of June 21—are getting loans from the European Central Bank itself through the so-called repo window. They’re also asking the ECB for more cash than the ECB expected they would want. Those are early warnings that there’s a “growing liquidity squeeze,” says Lena Komileva, global head of G10 strategy for Brown Brothers Harriman in London.

Although some kind of compromise that averts default is in everyone’s best interest, progress toward a deal has been slow because each player in the Greek drama has an incentive to play tough until the last minute. Greece’s opposition New Democracy party, which is leading in opinion polls for the next election, opposes more concessions to creditors and withheld support from Prime Minister George Papandreou in the confidence vote that he survived on June 22. Under pressure from the German public, Berlin is demanding more budget cuts and asset sales by Greece, as well as shared sacrifice by private creditors. The European Central Bank says it will stop accepting Greek sovereign debt as loan collateral if there’s any hint of default. And so on.

As in the U.S., where lawmakers are withholding approval of an increase in the federal debt ceiling to gain leverage in budget-cutting negotiations, the risk is that someone in the game of chicken will miscalculate and disaster will ensue. If Greece defaults, speculators will turn their attention to other vulnerable nations, driving their bond prices down and their borrowing costs up. Ireland and Portugal are already receiving official assistance to cover their debts, so they’re temporarily insulated from speculative attack. The bigger problem would be if jittery investors drove up yields on Spanish and Italian bonds to the point where it became hard for those countries to roll over their debts. That’s still a remote possibility, but not out of the question in investors’ minds—Spanish and Italian 10-year bonds yield around 5.5 percent and 4.8 percent, respectively, vs. equivalent German bonds at 3 percent.

The trick, then, is to quell the fear before it turns to panic. Europe would do well to try something like “Brady bonds,” created to stabilize Latin America two decades ago. Those bonds, named after former U.S. Treasury Secretary Nicholas Brady, were fixed-income securities that commercial bank lenders could receive as a replacement for loans they had made. Two former chief economists of the International Monetary Fund, Rogoff of Harvard University and Michael Mussa of the Peterson Institute for International Economics, say that some variation on the Brady bond plan could work in Europe. Says Rogoff: “The reason the Brady plan is appealing is there’s some precedent. It gives people something to anchor their expectations around.”

A Brady bond solution isn’t perfect. Rating agencies, the ECB, and the credit default swap market would most likely deem a Brady debt exchange a default, since the new bonds wouldn’t be worth as much as the face value of the bonds they replaced. Carl Weinberg, chief economist at High Frequency Economics in Valhalla, N.Y., proposes a variation on the Brady theme that might skirt default. He says an organization such as the European Financial Stability Facility should buy Greek bonds on the open market, swap them with the Greek government for new long-term Greek debt with lower interest rates, and sell the new bonds back to the public. Advantage: no coercion, so no default. The only question, a big one, is whether the market would buy the new Greek debt.

Greece’s debts are so large that some of them almost certainly will never be repaid. If Greece must eventually default on portions of its debt, as investors expect it will, Europe’s goal should be to make the process as orderly as possible to avoid chaos and contagion. Brady bonds help by giving investors something of clear, certain value, even if it’s not 100 cents on the euro.

Whatever happens, it needs to happen soon. Above all, Greece must quickly balance its budget, painful as that may be. Greece’s problem is too much debt, so extending it even more loans, even on favorable terms, can’t be the solution. It’s true that postponing a final reckoning through continued official aid will give European banks more time to build their capital cushions so they can withstand losses from a Greek default. But that has to be weighed against the pernicious effects of delay. Markets crave certainty. The longer Greece remains unresolved, the more investors will start to worry that the conflagration will jump the fire break and reach Portugal, Ireland, and beyond. Such fears can become a self-fulfilling prophecy.

Reprising something like the 1990s Brady bonds won’t necessarily provide a way out for Europe. But it just might point the way forward. 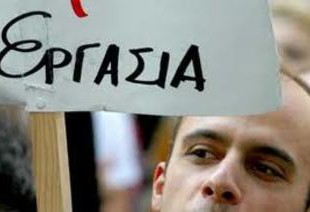 How Are Spain and Greece Different from Ireland? 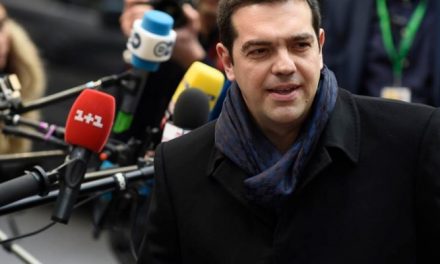 Greece: The Battle Between The Realos And Fundis 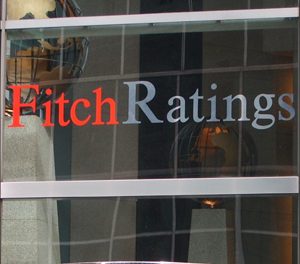 Fitch Upgrades Greece to ‘B’ 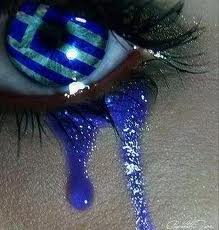