In Ukraine, is Constantinople rushing in “Where angels fear to tread”? 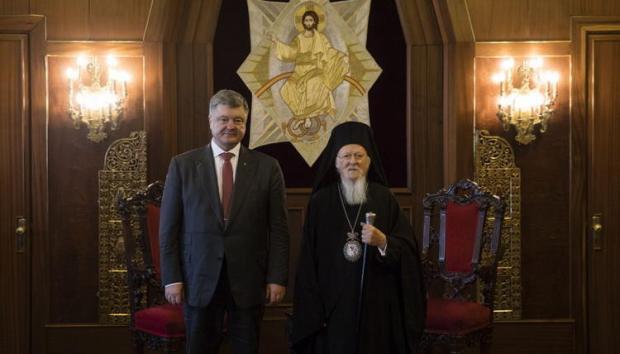 On the eve of national elections in 2019, the President of Ukraine, Petro Poroshenko, has set
himself the ambitious task of dismantling the canonical Ukrainian Orthodox Church, an
autonomous and self-administered part of the Russian Orthodox Church, and creating a new,
single national church out of the many Christian denominations in his country. His controversial
initiative has re-opened old confessional wounds in Ukraine and threatens to divide the Christian
world.

It is no secret that the cardinal sin of the Ukrainian Orthodox Church, in the eyes of the
government, has been its refusal to support the war in Eastern Ukraine. Its head, Metropolitan
Onufry, calls it a “fratricidal conflict” and a “civil war.” To critics who complain of his lack of
patriotism, Onufry replies: “If I serve God and fulfill his commandments, then I am in fact a true
patriot. But if a person disdains the word of God, then no matter how much he may beat his
breast, he is no patriot . . . Our church is and has always been patriotic. Its patriotism consists in
calling upon people to live with God.”

With the establishment of a new national Orthodox church around the self-proclaimed Kyivan
Patriarchate, however, Ukraine will have a de facto state church. Should president Poroshenko have his way, the fate of the canonical Ukrainian Orthodox Church, once the nation’s largest, will serve as a poignant lesson to others about the dire consequences of contravening the political establishment. Other denominations will be tolerated, but all pretense of a separation between church and state, as mandated by the Ukrainian Constitution, will be stripped away.

How will the average communicant respond to these political intrigues? The Ukrainian
government seems to be counting on the fact that most Orthodox Christians perceive little or no
distinction among the various Orthodox churches. But if Ukrainian Orthodox believers were
indeed yearning for autocephaly, then surely such a migration would have already taken place in
the 26 years since the creation of the Kyivan Patriarchate.

Indeed, the number of people identifying themselves with the Kyivan Patriarchate rose
dramatically in the years following independence, and again since 2014, but not necessarily at
the expense of membership in the Ukrainian Orthodox Church, which also gained new adherents.
Whenever parishes actually “switched sides,” sadly, it has often been accompanied by scandal
and violence.

Currently, the Ukrainian Orthodox Church has over 11,300 parishes and 200 monasteries, while
the Kyivan Patriarchate has over 5,000 parishes and 60 monasteries. Religious commentator
Tetiana Derkach estimates that 30% of the former will switch to the latter after autocephaly is
granted, while Filaret, the head of the Kyivan Patriarchate, believes that at least two-thirds will
join the new “Ukrainian church.”

It is hard to predict exactly how the process will unfold. A “soft” scenario might resemble the
establishment of the Ecumenical Patriarch’s Exarchate in Estonia. In 1993, the synod of the Orthodox Church of Estonia in Exile was re-registered as the Estonian Apostolic Orthodox
Church. Then, in 1996, the current Ecumenical Patriarch renewed the tomos that his predecessor
had granted to it in 1923. This created two Orthodox jurisdictions in Estonia.

Why did Estonia not explode? Because, although the government made its preferences clear by
suspending the legal status of the Orthodox Church of Estonia (OCE) affiliated with the
Patriarchate of Moscow, each parish was allowed to choose its own affiliation. The government
turned a blind eye to the fact that services continued in the unregistered OCE churches, which
was finally allowed to register as the Estonian Orthodox Church of the Moscow Patriarchate in
2002. Today, the Estonian Apostolic church has two-thirds of all parishes, while the Estonian
Orthodox Church (MP) retains 85% of the flock. Some Ukrainian politicians, however, seem to
embrace the idea of a direct conflict. They advocate a “hard” scenario of expropriating the
property of the Ukrainian Orthodox Church, and the enactment of the draft legislation already
prepared for this purpose.

There is, however, another historical precedent that may be relevant. The Bolsheviks too saw the
Orthodox church as hostile to their new regime. To split the church, they sponsored a more
“progressive” version of the Church and lured a number of bishops into joining it. This
“Renovationist Church” received considerable support from overseas, not least of all from
Ecumenical Patriarch Gregory VII.

The Soviet government supported law suits launched by the Renovationists overseas, and
succeeded in seizing many church assets. One consequence of this has been the current division
of Orthodox parishes in North America along predominantly ethnic and parochial lines. By the
1930s, however, the Renovationist movement had run its course. It never attracted many
followers, and when the government no longer saw any need for it, they simply shut it down.
Will a similar fate ultimately befall the Kyivan Patriarchate? Despite being shunned by the rest of
the Orthodox world it has survived and, with the support of the current Ukrainian government,
some would even say thrived. But its fate is now inextricably intertwined with that of the current
government. What happens when the government changes?

With its latest decision to lift the anathema and reinstate Filaret in his former rank as
Metropolitan of Kiev, the Synod of hierarchs of the Patriarchate of Constantinople also de facto
annulled the independence of Kievan Patriarchate. This would seem to be a step away from
autocephaly. Moreover, the Patriarch’s decision to assert personal control over his Ukrainian
jurisdictions (stavropegia) thrusts Constantinople directly into Ukrainian politics, since now he
alone will appoint (and remove) the leadership of the church. Since the canonical Ukrainian
Orthodox Church does not recognize his authority to do so, the government will presumably
have to step into enforce Constantinople’s decisions.

Whether Kiyv will find it any easier to deal with Constantinople than with Moscow is very much
an open question. Should their interests conflict, looming in the background is the question of
whether Constantinople will actually grant autocephaly to the churches it has torn away from
Moscow. The example of the Orthodox Church in Estonia, which went through a very similar conflict in the late 1990s, and yet is still under Constantinople’s jurisdiction, is certainly worth
pondering.

We also do not yet know what the response of the other Local Orthodox Churches will be. So far
eight patriarchates (Alexandria, Antioch, Jerusalem, Moscow, Serbia, Bulgaria, Poland, the
Czech Lands and Slovakia) have voiced grave concerns over Constantinople’s actions. Given
their seniority and ecclesiastical authority, the objections of the three ancient patriarchates of
Alexandria, Antioch, and Jerusalem will be very influential in determining how the Orthodox
world interprets these events.

If the past is any guide, the outcome of this very worldly conflict may ultimately rest with a
singularly unworldly group—the monastics. As Mitrokhin observes, “The core of believers who
take part in all the prayers take their lead from the monastic abbots. And if the abbots say that
they don’t want anything to do with this [autocephaly], then their parishioners won’t accept
it either . . . the bishops and priests—will happily transfer their loyalties, but this force will be
useless without its ordinary rank and file parishioners.” In sum, the leaders of the new Orthodox
church of Ukraine may find that becoming a popular church is much more difficult than
becoming a state church.

Perhaps the only thing we can be certain of is that Poroshenko and the patriarchs have unleashed
a process that will add considerably to the overall messiness of Ukrainian politics, and leave
much bitterness in people’s hearts, long after they are gone.

Nicolai N. Petro is the Silvia-Chandley Professor of Peace Studies and Nonviolence at the
University of Rhode Island. He writes frequently about church-state relations in Ukraine and
Russia. His latest book, Ukraine in Crisis, was published by Routledge in 2017. 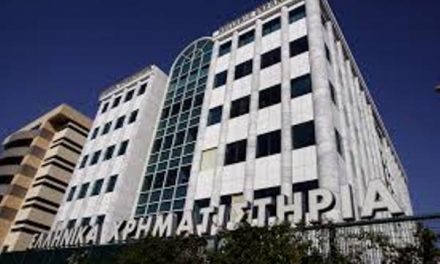 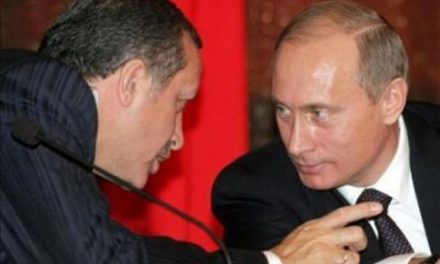 Turkey’s Erdoğan says will not back Britain in Russia dispute 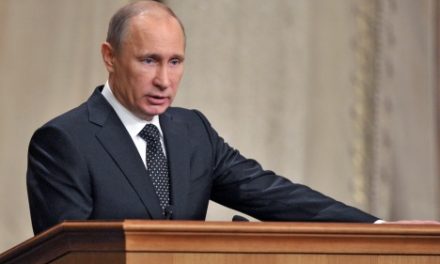 Russia Readies for War With Turkey