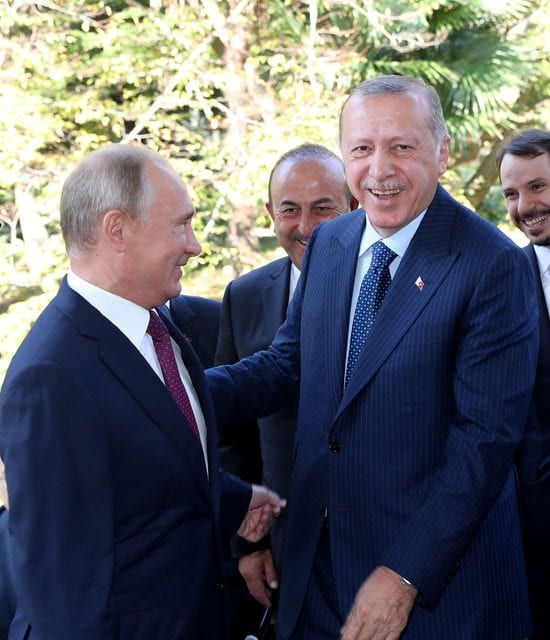 Energy cooperation is the backbone of Turkey-Russia relations and a locomotive of their interactions in matters of regional security, military technologies, trade, construction and tourism. It ensures their stable progress but renders no immunity to occasional mishaps. The Turkey-Russia jet crisis of November 2015 has shown that for these relations to return to normal and resume their progressive development, their national leaders must apply political will. Developments after the amicable resolution of the crisis in August 2016 have also revealed that mutual trust and resilience are indispensable for Turkey-Russia relations.

Ever since the ’70s, Turkey-Russia gas cooperation has been special: It is immune to political squabbles around the Russian gas monopoly and is guided by economic necessities. Cooperation is natural, since Turkey is an energy dependent country, while Russia is a prime global supplier of energy resources and of natural gas in particular. This value added became apparent in 2016 when, discouraged by a lack of progress with Bulgaria to develop the South Stream project, Russia turned to Turkey and closed a deal to construct the Turk Stream gas pipeline in record-short time. Guided by economic necessity, the countries joined forces in pursuit of their sovereign wills: Russia proceeded to develop its southern export corridor to Europe, while Turkey moved closer to becoming a regional energy hub.

Turk Stream is a transit-free pipeline, and construction of its 1st line nears completion by year-end. No more than 52 hours will be needed to bring gas from Russia’s Anapa on the Black Sea to Kıyıköy in northwestern Kırklareli province in Turkey by passing 930 km across the bottom of the Black Sea. Consisting of two lines, Turk Stream will supply Russian natural gas to Turkey and provide for its transit to EU markets.

When the 1st line is commissioned, Turkey will additionally start receiving about 16 billion cubic meters (bcm) of natural gas per year. Its 2nd line, currently under construction and of an equal capacity, will deliver gas to the Turkish-Bulgarian border from where it’ll be further carried by the local distribution network to the border with Serbia. Going on to Hungary, Russian gas will eventually reach the mega storage facility in Baumgarten, Austria.

According to the Energy Market Regulatory Authority (EMRA), Turkey annually consumes close to 55 bcm of pipeline gas, while receiving at least half from Russia. Currently, the second largest supplier is Iran (16 bcm), followed by Azerbaijan (9 bcm).

From Russia, Turkey receives 14 bcm through the Trans Balkan pipeline transiting through Ukraine, Moldova, Romania and Bulgaria, and 16 bcm by means of the Blue Stream submerged pipeline crossing the Black Sea from Novorossiysk, Russia to Samsung, Turkey, bypassing transit countries. Russia’s contract with Ukraine for gas transit is due to expire in 2019, and chances are high for deliveries via the Trans-Balkan pipeline to stop after Turk Stream’s completion, in particular, since Turkey will hardly need extra volumes of Russian pipeline gas in addition to the 30 bcm it currently receives.

Azerbaijan is about to substantially increase Caspian gas supply to Turkey and then to Europe through the Trans-Anatolian Natural Gas Pipeline (TANAP) connector, a brainchild of the EU and the backbone of the Southern Gas Corridor (SGC) transmission system envisaged to diversify EU gas supply. TANAP was launched last year to deliver to Turkey 6 bcm of gas from Azerbaijan’s Shah Deniz-2 offshore deposit, one of the world’s largest. Then, it proceeds to the Greek border to connect with the Trans Adriatic Pipeline (TAP), the European leg of the SGC, which will pump 10 bcm of Azeri gas to Greece, Albania and eventually Italy upon construction completion in 2020.

This makes Azerbaijan a Russian competitor to challenge its gas expansion through Turkey to EU markets, while strengthening Turkey’s position as a regional energy hub. These developments further diversify gas supply sources and contribute to Turkey’s energy independence, making it immune to dangers of over-reliance on Russian gas imports, if they grow.

Recently, Turkey increased consumption of liquefied natural gas (LNG). During 2018, its dependence on pipeline gas decreased to less than 80 percent, while the share of LNG imports went up to about 20 percent. Turkey is expanding the LNG infrastructure and is keen on its combining with a diverse gas pipeline network and increased gas storage capacities. This trend reveals the country’s pursuit of the goal of becoming a regional energy hub, while contributing to the diversification of supply sources it started this decade.

Currently, Turkey operates four LNG terminals: two floating storage and re-gasification units (FSRU), while the remaining two are land facilities. In December 2016, the first FSRU became operational, and its current supply capacity has reached 5 bcm a year; it can re-gasify more than 12 percent of Turkey’s annual gas demand. The second FSRU was commissioned in January 2018; it has the largest LNG storage capacity in the world, at 263,000 cubic meters.

In comparison with Russia, U.S. energy cooperation with Turkey is younger. Starting in the ’90s, it was largely triggered by U.S. attempts to disrupt the Russian gas monopoly by prompting the supply of natural gas from the Caspian region to Turkey. With that in mind, the U.S. designed the Trans-Caspian Gas Pipeline (16 bcm) to deliver gas from Turkmenistan and Azerbaijan to Turkey to meet its gas demand and curtail Russia’s further expansion in the Turkish market.

Though heavily promoted by then-U.S. President Bill Clinton’s administration, the project never took off and was replaced with the Southern Caucasian Pipeline that started bringing more modest volumes of gas from Azerbaijan to Erzurum, Turkey, in 2007. Turkmenistan, in its turn, having failed to become a mega gas supplier to Turkey, made a U-turn in the direction of China and now annually delivers up to 40 bcm of natural gas to its market by means of the Central Asia-China pipeline commissioned in 2009.

Russia, following up on the U.S.’s aborted attempt to construct the Trans-Caspian pipeline, in 2004 successfully completed the Blue Stream pipeline that established a southern export route for its gas and made Turkey the first Russian gas consumer to enjoy transit-free deliveries and immunity from the political squabbles around them.

Turkey-U.S. energy cooperation got a fresh boost in 2017 with the U.S. returning to the world gas market after 60 years of absence. In 2018, Turkey became one of the largest buyers of LNG from the U.S., according to the U.S. Department of Energy. From 2017, the U.S. share of LNG in Turkish gas imports rose to 2.7 percent from 1.6 percent, according to EMRA, which corresponds to a 66.4 percent increase in just a year. The U.S. also plans to double its LNG production to 40 million tons in 2019 and become the world’s third-largest LNG producer.

Independence has been a magic word and an eternal dream since time immemorial. Energy sector professionals are no exception, and the market is impacted by political squabbles around energy resource supply that at times overshadow the rationale of their production.

This March, the European Parliament adopted a resolution on the state of affairs between the EU and Russia, claiming that construction of the North Stream-2 pipeline poses danger to the EU domestic market. Pipeline construction envisages two lines to transport 55 bcm of Russian gas across the Baltic Sea to Germany, and completion is due by the end of 2019.

North Stream-2 construction is a relentless source of concern for the U.S. Last December, the House of Representatives adopted a resolution to support sanctions against North Stream-2, while calling on EU countries to drop their participation in the project.

Global developments reveal that for the foreseeable future Russian natural gas will remain an indispensable energy resource. In Europe alone, the increasing use of renewables for electricity generation results in higher consumption of natural gas needed to balance the grid when outages caused by wind and solar farms occur. Immune to European Commission calls to diversify gas sources, Russia’s share of the European gas market increased from 30 percent in 2014 to 37 percent in 2018.

“Gas pipelines are built not for making someone angry, but out of economic necessity,” said Austrian Foreign Minister Karin Kneissl, when in Moscow this March. 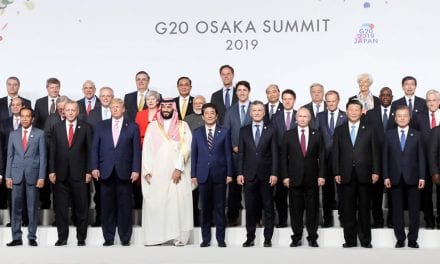 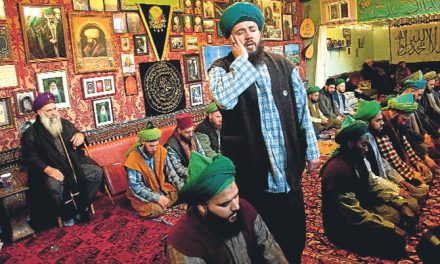 Sufi Islam: What you need to know 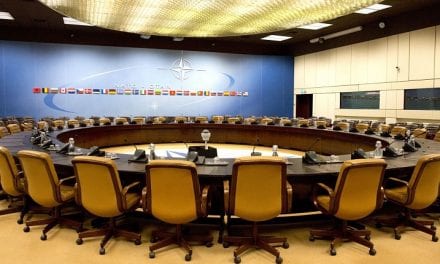 NATO Summit in Brussels: Can it satisfy Trump before his meeting with Putin? 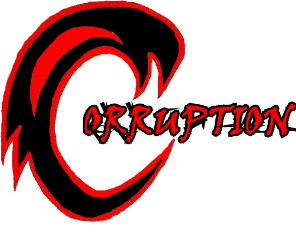 Greece: A Culture of Corruption or Lack of Political Will?