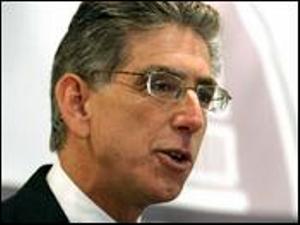 Angelides talked about the issue the day after New York’s high court upheld that state’s one-man, one-woman marriage laws and as a California appeals court prepared to consider whether a trial judge erred in declaring the state’s marriage laws unconstitutional.

“I would sign the marriage equality bill because I believe if we can get behind people to build a lasting relationship, that is a good thing,” Angelides said at a news conference where Sen. Hillary Rodham Clinton, D-N.Y., urged voters to support him.

The California Legislature last year became the first lawmaking body in the nation to legalize gay marriage. Schwarzenegger vetoed the bill, saying it was up to voters or the courts, not lawmakers, to settle the matter.

The measure’s sponsor, Assemblyman Mark Leno, D-San Francisco, plans to reintroduce it in December after the election.

Clinton, who does not support gay marriage, refused to answer questions about Thursday’s court ruling in her home state, but made a brief pitch on Angelides’ behalf.

She said she had known Angelides since his days as head of the California Democratic Party in the early 1990s, when her husband, former President Clinton, was running against President George Herbert Walker Bush. That race, she said, mirrors the one Angelides is in now.

“He brought passion and commitment to a campaign that was on an uphill side,” Clinton said of the 1992 race, adding that in taking on Schwarzenegger, Angelides “was unafraid when it looked like a hopeless cause because he believed California could do better.”

Clinton due in for fundraiser

Treasurer Phil Angelides, the Democratic candidate for governor, is about to get some fundraising help from one of the party’s heavy hitters: New York Sen. Hillary Clinton is scheduled Friday to appear in San Francisco at a “special breakfast” for him.

The senator, and former First Lady, who last appeared publicly in San Francisco in a January “conversation with” journalist Jane Pauley on behalf of charities associated with the bar association, is among the most talked about ’08 Democratic presidential candidates.

The invite for Clinton’s $1,000 a plate ($2,100 for “friend” status) breakfast at the St. Regis Hotel is a benefit for “Angelides 2006,” and features some fine legal print on the campaign finance side: it notes that “Sen. Clinton is not asking for donations in excess of $2,100 per election from an individual’s own funds” (or up to $5,000 per election from a multi-candidate political committee), which are the limits on donations to federal campaigns.

And oh, yeah, Clinton also is “not asking for funds from corporations or labor organizations.”

No word yet on whether the senator will make any other public or private appearances in the Bay Area, where she is a popular figure — or whether she’ll even appear at a press conference or any other public venue with Angelides. 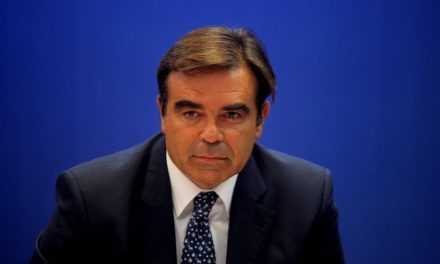 In Turkey, new demands to evict US forces from Incirlik Air Base 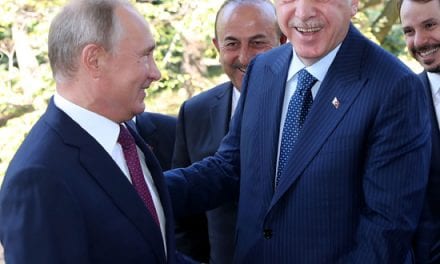 Greeks Voting for Respite From Hardship Fear More of the Same