AHI Letter to President Bush Re: why it is not in the interests of the U.S. to have Turkish troops as part of a multinational peacekeeping force

between Israel and Lebanon

WASHINGTON, DC— The following letter was sent today, July 31, 2006, to President Bush setting forth reasons why it is not be in the interests of the U.S. (or Israel or Lebanon) to have a Turkish contingent in a multinational peacekeeping force between Israel and Lebanon.

We submit, Mr. President, that it is not in the interests of the U.S. (or Israel or Lebanon) to seek Turkish troops as part of a multinational peacekeeping force between Israel and Lebanon for the following reasons:

2. Turkey has illegally transported an estimated 120,000 Turks from Turkey to Cyprus as illegal settlers/colonists in violation of the Geneva Convention of 1949. Section III of the Convention deals with Occupied Territories. Article 49 states in its last paragraph: “The Occupying Power shall not deport or transfer part of its own civilian population into the territory it occupies.”

3. Turkey has had a military understanding and agreement of cooperation with Israel since 1996 which we do not believe has been helpful to the peace process.

(1) Article 2 – by the killing of innocent civilians committed on a substantial scale;

(2) Article 3 – by the rape of women of all ages from 12 to 71;
(3) Article 3 – by inhuman treatment of prisoners and persons detained;
(4) Article 5 – by deprivation of liberty with regard to detainees and missing persons – a continuing violation;
(5) Article 8 – by displacement of persons creating more than 170,000 Greek Cypriot refugees, and by refusing to allow the refugees to return to their homes – a continuing violation;

(6) Article 1 of the First Protocol to the Convention – by deprivation of possessions, looting and robbery on an extensive scale.

On January 23, 1977, the London Sunday Times published excerpts of the report and stated: “It amounts to a massive indictment of the Ankara government for the murder, rape and looting by its army in Cyprus during and after the Turkish invasion of summer 1974.” (Page 1, col. 1)

5. Turkey is the former harsh colonial ruler of the Middle East.

6. Turkey aided the Soviet Union in the 1973 Arab-Israel War by granting the USSR overland military convoy rights to resupply Syria and Iraq and military overflight rights to resupply Egypt while refusing the U.S. overflight rights to resupply Israel. E. Luttwak, The Political Uses of Sea Power 60-61 (1974). A member of the Turkish Foreign Policy Institute in Ankara wrote: “During the Arab-Israeli war of 1973, Moscow’s overflights of Turkish airspace were tolerated. On the other hand, during the same Middle East conflict, Turkey refused to allow the United States refueling and reconnaissance facilities during the American airlift to Israel.” Karaosmanoglu, “Turkey’s Security and the Middle East,” 52 Foreign Affairs 157, 163 (Fall 1983).


We believe it would be detrimental to the aims of a multinational peacekeeping force to have a Turkish military contingent involved. 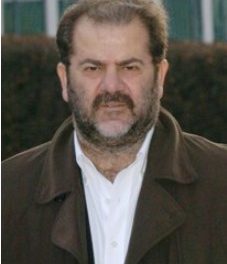 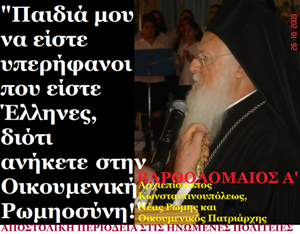