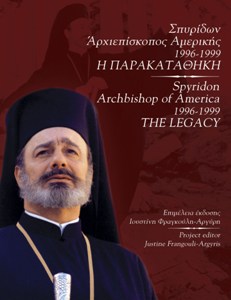 Spyridon Archbishop of America 1996-1999 :
The Legacy – I Parakatathiki

(Bilingual : In Greek and English – Hardcover)
by Justine Frangouli-Argyris

"The Legacy," I Parakatathiki, a deluxe, bilingual, hardcover treatise of Archbishop Spyridon’s three year ministry at the helm of the Orthodox Church of America, is Justine Frangouli-Argyris’ follow-up to her best-selling "The Lonely Path of Integrity."

Continuing her investigation into the backrooms of power surrounding the largest and most prosperous eparchy of the Ecumenical Throne, Frangouli-Argyris assesses the reasons behind the turmoil and decline there-in from 1999 onwards.

For the first time in print, the presentation of Spyridon’s addresses, encyclicals and correspondences enable the reader a first-hand look at his plans for the survival of Orthodoxy and Hellenism in the vast melting pot that is the United States. 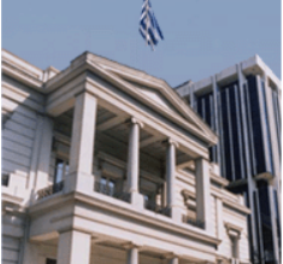 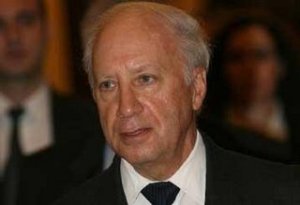