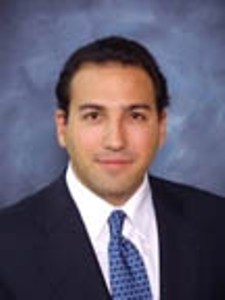 Mr. Tsakopoulos, a committed Hellene has in the past several years brought donations of more than $31 million to worthy causes, including the establishment of Hellenic Studies Chairs at numerous universities.  This year’s  Phidippides Award Gala Dinner will be held Friday, November 10, 2006, at 7:30pm at the Hilton Hotel in New York City.  Renowned businessman and community leader Peter J. Pappas will serve as Gala Chairperson.

"On behalf of the Board of Directors, we are thrilled to have the opportunity to honor Kyriakos Tsakopoulos, a man who so truly embodies the principles and values of Hellenism. He has most admirably upheld his family’s legacy of committed philanthropy and generosity. ,” said Mr.Pappas and Mr. Alexander Xenopoulos, Chairman of the Board of Directors. " Mr. Tsakopoulos  represents the next wave of leadership and stewardship in our community.  His vision and commitment are inspiring. ”
The prestigious award is bestowed annually to an individual or organization that has demonstrated a profound record of promoting and preserving Hellenism, particularly on a global scale. Since 1994, the Phidippides Award has been awarded to some of Greece’s most significant cultural figures: Miki Theodorakis, Michael Cacoyannis, Melina Mercouri, Jules Dassin, Gianna Angelopoulos Daskalaki and distinguished Hellenes and Philhellenes: Andrew Athens, Dimitrios and Georgia Kaloidis, John and Margo Catsimatidis, Dennis Mehiel, the Alexander S. Onassis Public Benefit Foundation, Professor Edmund Keeley, and Senator Paul Sarbanes.
The award was inspired by the Athenian herald, Phidippides who ran 200 kilometers in two days to reach and request the aid of the Spartans in defending Athens from the Persians. Phidippides’ dedication and stamina in delivering the news are an inspiration to Cosmos FM. 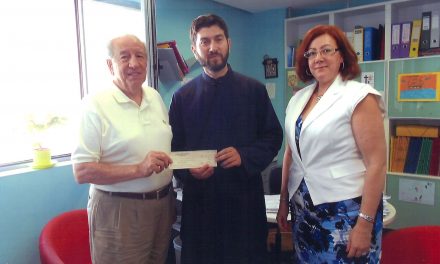