Congressional change and the handling of Hellenic and Orthodox issues

Today the Coordinated Effort of Hellenes (CEH) released the following analysis of how the recent Congressional elections will likely affect the handling of Hellenic and Orthodox issues in the U.S. Congress.

Greek-Americans in the U.S. Congress

The number of Greek-Americans in the U.S. House of Representatives doubled, from 2 to 4, and in the U.S. Senate went down from 2 down to 1.  Congresswoman Shelley Berkley (D-NV), whose family is from the Jewish community of Thessaloniki, Greece, was re-elected [65% to 31%] and will continue to serve on
the crucial House International Relations Committee’s Europe Subcommittee and be a strong link with the Jewish lobby.  While Congressman Michael Bilirakis (R-FL) is retiring this year, three new Greek-Americans were elected by substantial margins to the House:  Gus Bilirakis (R-FL), Mike’s son, [56% to 44%], John Sarbanes (D-MD), Senator Paul Sarbanes’ son, [65% to 33%] and Zack Space (D-OH) [62% to 38%].  In the U.S. Senate, the number of Hellenes was cut in half – Senator Olympia Snowe (R-ME) was re-elected [73% – 21%] and Senator Paul Sarbanes (D-MD) is retiring.

The loss of Senator Sarbanes will be profound for our issues.  While we will lose his influence as a senior member on the Senate Foreign Relations Committee and on the European Affairs Subcommittee, we will also lose his invaluable work behind-the-scenes, with both Democrats and Republicans in the Senate, as well as with both Democratic and Republican Administrations.  No one Hellene has done more to improve the treatment of Hellenic and Orthodox issues in the U.S. than Senator Sarbanes.  In addition, in the House Congressman Bilirakis will also be missed.  We will lose his daily monitoring of activity in the U.S. Congress on our issues, his coordination of special orders on the House floor for our issues, and the sharing of information on our issues with his colleagues that he and his staff undertook.

Other Greek-American Candidates
Of the three Greek-Americans who ran for Governor, in three of the most influential states in the country, one was elected – Cypriot-American Charlie Crist (R-FL) will be the next governor of Florida [having won 52% to 45%].  Sadly, Phil Angelides (D-CA) was defeated in California [39% to 56%] and Dina Titus (D-NV) was defeated in Nevada [44% to 48%].  In other races Alexis Giannoulias was elected Illinois State Treasurer [53% to 42%] and Drew Theodore lost in the race for South Carolina Comptroller General [46% to 54%].

Democratic Majority in the U.S. House of Representatives
The most profound effect of these elections will be made by the Democratic Members and Senators who will become the new leaders of the House and Senate, controlling the passage of legislation, and the new Chairmen of the key Committees and Subcommittees that formulate U.S. policy on these issues.  If one
goes position-by-position, there is a tremendous improvement in the leadership of the House and Senate, but a mixed picture with the Committees and Subcommittees that control policy.

In general, Democratic Members and Senators have been more supportive of Hellenic and Orthodox issues.  A glance at 30 years of Congressional votes and cosponsorship will show that in general 70% of Democrats and about 30% of Republicans traditionally support our issues.  This is primarily due to the fact that in a choice between “human rights” (like virtually all of our issues) and
“strategic interests” (like Turkey’s perception) most Democrats tend to choose the former and most Republicans the latter.  For example, all Democratic Senators but one signed a letter to President George W. Bush (that we are coordinating for the Archons) advocating the “religious rights” of the Ecumenical Patriarch, while 26 Republican Senators have refused to sign.

In the House of Representatives, the new Speaker of the House, Congresswoman Nancy Pelosi (D-CA), has been a very strong supporter, particularly when she served as the Ranking Democrat on the crucial House Foreign Operations Appropriations Subcommittee.  She played a major role in securing funding for Greece and Cyprus, as well as cutting aid to Turkey in response to Turkey’s treatment of Greece and Cyprus.  She also recently played a major role in the September 26 record-setting Congressional working dinner for Greece’s Foreign Minister Dora Bakoyannis.

As well, the new Chair of the House Foreign Operations Appropriations Subcommittee, Congresswoman Nita Lowey (D-NY), has been one of our community’s top supporters in the U.S. Congress and has for many years, as the top Democrat on this subcommittee, been the leader for all efforts to support Greece and Cyprus.  The new powerful Chairman of the full House Appropriations Committee will be Congressman David Obey (D-WI).  He will replace the member who will become the new Ranking Republican of this Committee, Congressman Jerry Lewis
(R-CA).  Congressman Obey was the former Chair of the Foreign Operations Subcommittee and we worked closely with him over a number of years to ratchet-down U.S. aid to Turkey from $850 million a year to zero.

Congressman Tom Lantos (D-CA) will likely become the new Chair of the House International Relations Committee.  He has known Hellenes so long that he tells the story of how he changed the diapers of former Greek Foreign Minister George Papandreou.  Tom Lantos and Andreas Papandreou knew each other that well when they both taught at the University of California at Berkley.  At various times, Lantos has been very helpful in making sure that Cyprus or Greece got a fair shake.  He was particularly fond of former Cyprus President George Vassiliou who Lantos said spoke better Hungarian than he did.  Lantos, a Holocaust survivor, is from the Jewish community in Hungry.

The new chair of the House Europe and Emerging Threats Subcommittee will likely be Congressman Robert Wexler (D-FL), the founder and co-chair of the Turkish Congressional Caucus and the most pro-Turkish advocate of all 435 Members of Congress.  However, re-organization of these subcommittees is being discussed and this could change.

In addition, there will be some new top Republicans on these key Committees and Subcommittees.   Most notably, the likely new Ranking Republican on the House International Relations Committee will be Congresswoman Ileana Ros-Lehtinen (R-FL), who has been one of the top 3 most supportive and influential Members of Congress for our issues.  Additionally, she can play a key role as the Administration’s party’s top foreign policy person in the House.

Democratic Majority in the U.S. Senate
In the U.S. Senate, the new Majority Leader, Senator Harry Reid (D-NV) has been a strong supporter.  One of his state’s only three Members of Congress is Hellene Shelley Berkley.  As well, Hellene Dina Titus leads Reid’s party in Nevada’s State Senate.

Senator Joe Biden (D-DE) will become the new Chair of the Senate Foreign Relations Committee, replacing Senator Richard Lugar (R-IN), who will become the Ranking Republican on this Committee.  Senator Biden is unmatched in the strength of advocacy for Hellenism and Orthodoxy.  No one of importance has ever told the Prime Minister of Turkey, as Senator Biden did, that if they didn’t end their occupation of Cyprus, he (Biden) would make Turkey’s relationship with the U.S. as difficult as possible.  In addition, Biden is one of the authors of the above-mentioned letter to the President regarding the “religious freedom” of the Ecumenical Patriarchate.

The current Chairman of the Europe Subcommittee, Senator George Allen (R-VA), was defeated.  This is a big loss for our community as he was, after Senator Snowe, the most supportive Republican of our issues and did so from the very influential position of chairman of this key subcommittee.  He may be replaced by Senator Biden, who currently also serves as the top Democrat on that subcommittee.  It is unclear who the top Republican on this subcommittee will be.  It could possibly be Senator George Voinovich (R-OH), who is a supporter of our issues.


Senator Bob Menendez (D-NJ) was re-elected to the U.S. Senate in a close race and will be a member of the crucial Senate Foreign Relations Committee.  He stands out, as Senator Sarbanes stood out, as one who spontaneously stays informed in detail about Hellenic and Orthodox issues.  As well, he spontaneously intervenes in governmental actions that are crucial to these issues.  His intelligence and articulateness enables him to inform and help direct our Executive Branch officials handling these issues, somewhat as Sarbanes did.  In addition, long-time supporter and member of the House International Relations Committee, Congressman Sherrod Brown (D-OH), was elected to the U.S. Senate.  Several other new senators are also expected to be strong
advocates for our issues, such as Senator-elect Ben Cardin (D-MD) and Senator-elect Sheldon Whitehouse (D-RI). 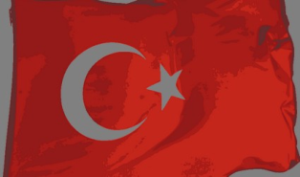