Six Byzantine-era icons will be returned to Cyprus following an agreement reached between the Church of Cyprus and the Charles Pankow Foundation, an American private foundation, based in Ontario, California. The Foundation will repatriate the icons to the Church of Cyprus, one of the oldest autocephalous Orthodox chuches, in a ceremony on January 10, 2007 at the Consulate General of Cyprus in New York. Along with H.E. Mr. Andreas Kakouris, the Ambassador of the Republic of Cyprus to the United States, the Metropolitan of Morfou from the Church of Cyprus and Mrs. Martha Mavrommatis, the Consul-General of Cyprus in New York, His Eminence Archbishop Demetrios, Primate of the Greek Orthodox Church of America, will be attending the ceremony.

The icons to be returned are the following:

Icons numbers 1, 2 and 3 were located at the Bishopric of the Holy Metropolis of Kyrenia up until the Turkish invasion on 20 July 1974. The Bishopric is in the areas of Cyprus that have been under Turkish military occupation since July 1974.

Icon number 4 was stolen in 1936 from the Chapel of Saints Andronikos and Athanasia at Kalopanayiotis village. A reference is made to the icon in the book titled The Icons of Cyprus by D. Talbot Rice (et al), George Allen & Unwin Ltd, London, 1937, where he mentions that the icon had been stolen the previous year.

Icons numbers 5 & 6 have been determined to originate from Cyprus from specialists in Byzantine iconography and were in the ownership of the Church of Cyprus.             The Government of Cyprus was informed in 2005 of the consigning of Cypriot Byzantine icons to Sotheby’s in New York to be auctioned for sale. There were indications that some of the icons had been looted and smuggled from the areas of Cyprus under Turkish military occupation following the invasion in July 1974. The Embassy of Cyprus in Washington, DC contacted Sotheby’s with the request that the icons not be auctioned, since their lawful owner was the Church of Cyprus and they had not consented to their auction. Sotheby’s informed the Charles Pankow Foundation of this claim.

The Pankow Foundation, after reviewing the material presented by representatives of the Government and the Church of Cyprus, came to an agreement with the Church. Sotheby’s agreed to maintain custody of the icons while the arrangements were finalized.              The Embassy of Cyprus wishes to recognize the spirit of cooperation displayed by the Charles Pankow Foundation, as well as Sotheby’s, in the settlement of this particular case.

The return of the six Byzantine icons to the Church of Cyprus forms part of the Government of Cyprus’ ongoing efforts to preserve and protect Cyprus’ cultural heritage, as well as to actively pursue cases where looting and the illicit trafficking of Cypriot religious and cultural objects has occurred and these items are subsequently identified abroad. This problem is especially acute with regard to religious and archeological sites, as well as cultural, religious and archaeological items in the areas of Cyprus that have been under Turkish military occupation since the invasion of 1974. 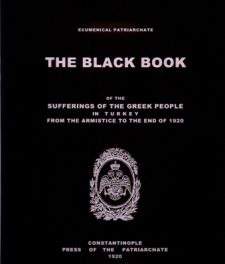 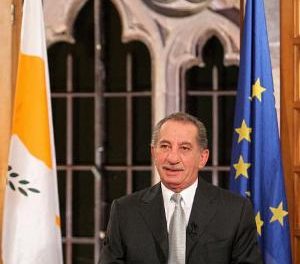 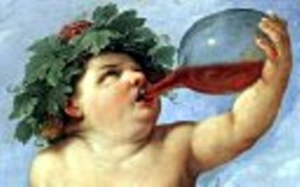