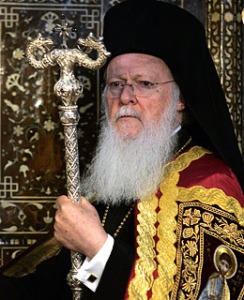 The constitution and law provides for freedom of religion, and the government generally respected this right in practice; however, the government imposed significant restrictions on Muslim and other religious groups.

The law establishes the country as a secular state and provides for freedom of belief, freedom of worship, and the private dissemination of religious ideas; however, other constitutional provisions regarding the integrity and existence of the secular state restrict these rights.

The government oversees Muslim religious facilities and education through its Directorate of Religious Affairs (Diyanet), which is under the authority of the Prime Ministry. The Diyanet regulates the operation of the country's 77,500 registered mosques and employing local and provincial imams, who are civil servants. A few groups, particularly Alevis, claimed that the Diyanet reflected mainstream Sunni Islamic beliefs to the exclusion of other beliefs; however, the government asserted that the Diyanet treated equally all who request services.

Academics estimated the Alevi population at 15 to 20 million, including ethnic Turks, Kurds, and Arabs. In general, Alevis follow a belief system that incorporates aspects of both Shi'a and Sunni Islam and draws on the traditions of other religions found in Anatolia as well. The government considers Alevism a heterodox Muslim sect; however, some Alevis and absolutist Sunnis maintain that Alevis are not Muslims.

Alevi "cem houses" (places of gathering) have no legal status as places of worship. Alevis in the Kartal district of Istanbul continued to pursue a court case against a decision by local authorities to deny them permission to build a cem house.

In May authorities in the Sultanbeyli municipality of Istanbul reportedly banned the construction of a cem house on the grounds that the Pir Sultan Abdal Association, an Alevi group, had not acquired the necessary construction permits. Association officials said the local mayor and his staff had attended the groundbreaking ceremony and had promised not to interfere with the project; however, the municipality reportedly filed a case against the association after it proceeded with construction following the ban.

Members of Jehovah's Witnesses reported continuing official harassment of their worship services because they are not members of an officially recognized religion. Police arrested 25-year-old member Feti Demirtas and sent him to prison on nine occasions for conscientiously objecting to military service, as his religion requires. According to Jehovah's Witness officials, such harassment which was not limited to Feti, included: arrests, court hearings, verbal abuse, kicks to the head and body, slaps in the face, choking, sleep deprivation, being handcuffed to doors and beds, being strip searched, and psychiatric evaluations.

In mid-2005 the Witnesses appealed an administrative court decision that prohibited them from worshipping in their hall in Akcay in Bursa province. On December 12, after the court had taken no action on the case, the Witnesses filed a demand to expedite a hearing. There was no decision on that motion at year's end.

Religious affiliation is listed on national identity cards. A few religious groups, such as the Baha'i, are unable to state their religion on their cards because it is not included among the options; they have made their concerns known to the government. In April parliament adopted legislation allowing persons to leave the religion section of their identity cards blank or change the religious designation by written application. However, the government reportedly continued to restrict applicants' choice of religion; members of the Baha'i community said government officials had told them that, despite the new law, they would still not be able to list their religion on the cards.

According to the human rights NGO Mazlum-Der and other groups, a few government ministries have dismissed or barred from promotion civil servants suspected of antistate or Islamist activities. Reports by Mazlum-Der, the media, and others indicated that the military periodically dismissed religiously observant Muslims from military service. Such dismissals were based on behavior that military officials believed identified these individuals as Islamic fundamentalists, which they were concerned could indicate disloyalty to the secular state.

According to Mazlum-Der, the military charged individuals with lack of discipline for activities that included performing Muslim prayers or being married to women who wore headscarves. According to the military, officers and NCOs were periodically dismissed for ignoring repeated warnings from superior officers and maintaining ties to what the military considered to be Islamic fundamentalist organizations. On November 30, the government reported 37 military dismissals of which they claimed two were associated with religious extremism. An additional 17 were reportedly expelled in August for unspecified disciplinary reasons.

The law restricts religious services to designated places of worship. Municipal codes mandate that only the government can designate a place of worship; if a religious group has no legal standing in the country, it may not be eligible for a designated site. Non-Muslim religious services, particularly for groups that did not own property recognized by the GDF, often took place on diplomatic property or in private apartments. Police occasionally prohibited Christians from holding services in private apartments, and prosecutors sometimes opened cases against Christians for holding unauthorized gatherings.

In April Roman Catholic authorities reopened the Bebekli Church in Adana for Sunday services after municipal authorities discontinued the operating license of the wedding hall near by. Catholic leaders had closed the church in September 2005 because local authorities had failed to enforce zoning regulations requiring a 10-meter offset around the church building, and noise from an adjacent wedding hall had been interfering with church services.

In August the Istanbul Protestant Church finalized the legal procedure for officially registering its building as a "place of worship." This was the first time that the government had not turned down a request for such status in the zoning plan.

Many local officials continued to impose standards, such as minimum space requirements, on churches while failing to apply them to mosques.

The Ecumenical Patriarchate in Istanbul continued to seek to reopen the Halki seminary on the island of Heybeli in the Sea of Marmara. The government closed the seminary in 1971, when it nationalized all private institutions of higher learning. Under existing restrictions, religious communities other than Sunni Muslims cannot legally train new clergy in the country for eventual leadership. Coreligionists from outside the country have been permitted to assume leadership positions in a few cases, but in general all religious community leaders, including patriarchs and chief rabbis, must be citizens.

No law explicitly prohibits proselytizing or religious conversions; however, many prosecutors and police regarded proselytizing and religious activism with suspicion. Police occasionally prevented Christians from handing out religious literature. The government reported 157 conversions including 92 to Islam and 63 from Islam to a different religion. Christians performing missionary work were occasionally beaten and insulted. Police officers may report students who meet with Christian missionaries to their families or to university authorities.

Several foreigners who are practicing Christians and have lived with their families in various cities for many years reported increasing governmental harassment during the year, including denial of residence and work permits that had been granted in previous years, monitoring by jandarma, and receiving threats to themselves and their families. These persons reported that they worshiped in their homes but did not proselytize by distributing bibles, going door-to-door, or undertaking similar activities.

Unlike the previous year the Diyanet did not distribute antimissionary books; however, at least one municipality did distribute such material.

Authorities continued to enforce a long-term ban on the wearing of headscarves at universities and by civil servants in public buildings. Women who wore headscarves and persons who actively showed support for those who defied the ban were disciplined or lost their jobs in the public sector as nurses and teachers. Students who wore head coverings were not permitted to register for classes, although some faculty members permitted students to wear head coverings in class.

In November 2005 the ECHR Grand Chamber upheld a 2004 ECHR ruling that the ban on Islamic headscarves in the country's universities was lawful.

In February the council of state ruled in favor of a decision by education authorities to revoke the promotion of an Ankara teacher to a nursery school principal position on the grounds that the teacher regularly wore an Islamic headscarf outside of school. Numerous journalists and religious rights advocates asserted that the court's decision effectively expanded the headscarf ban into the private sphere. The court, however, maintained that the teacher had violated the principle of secularism in education by wearing the headscarf while traveling to and from school.

In May attorney Alparslan Arslan opened fire in the council of state court responsible for the February ruling, killing Judge Mustafa Yucel Ozbilgin and wounding four other judges. Arslan, who was apprehended at the scene, reportedly stated he was motivated by anger over the ruling. Thousands of protesters attending Ankara funeral ceremonies for Ozbilgin accused government leaders of inciting the attack by criticizing the headscarf ban and the council of state ruling. Protests in other cities were minor.

The law establishes eight years of compulsory secular education for students. Subsequently students may pursue study at imam hatip (Islamic preacher) high schools. Imam hatip schools are classified as vocational, and graduates of vocational schools faced an automatic reduction in their university entrance exam grades if they applied for university programs outside their field of high school specialization. This reduction effectively barred imam hatip graduates from enrolling in university programs other than theology. Most families that enrolled their children in imam hatip schools did so to expose them to more extensive religious education, not to train them as imams.

The constitution establishes compulsory religious and moral instruction in primary and secondary schools. Religious minorities are exempted. However, a few religious minorities–such as Protestants–faced difficulty obtaining exemptions, particularly if their identification cards did not list a religion other than Islam. The government claimed that the religion courses cover the range of world religions; however, religious minorities asserted the courses reflect Sunni Islamic doctrine, which they maintained explains why non-Muslims are exempt.

Many Alevis alleged discrimination in the government's failure to include any of their doctrines or beliefs in the religion courses. An Alevi parent in 2004 filed suit in the ECHR charging that the mandatory religion courses violate religious freedom; the case was ongoing at year's end.

In April an Istanbul court ruled in favor of an Alevi father who requested that his son be exempt from the religion courses at school; in May, however, a higher court overturned the lower court's ruling.

Officially recognized minorities may operate schools under the supervision of the Ministry of Education. Such schools are required to appoint a Muslim as deputy principal; reportedly these deputies had more authority than their nominal supervisors. The curriculum of these schools included Greek Orthodox, Armenian Orthodox, and Jewish instruction.

Only the Diyanet is authorized to provide religion courses outside of school, although clandestine private courses existed. Students who complete five years of primary school may enroll in Diyanet Qur'an classes on weekends and during summer vacation. Many Qur'an courses function unofficially. Only children 12 and older may legally register for official Qur'an courses, and Mazlum-Der reported that law enforcement authorities often raided illegal courses for younger children. According to Diyanet figures, there are nearly 5,000 official Qur'an courses throughout the country.

Numerous religious groups, particularly the Greek and Armenian Orthodox communities, have lost property to the government and continued to fight ongoing efforts by the government to expropriate properties. Many such properties were lost because the law allows the GDF to assume direct administration of properties that fall into disuse when the size of the local non-Muslim community drops significantly. The government expropriated other properties that were held in the name of individual community members who emigrated or died without heirs. The GDF also took control of non-Muslim foundations after the size of the non-Muslim community in a particular district dropped below the level required to elect foundation board members. 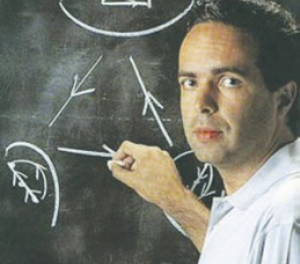