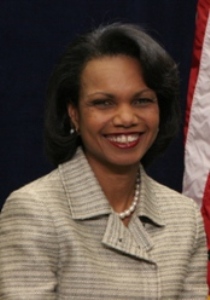 About a week or so ago, Madam Secretary, you and Secretary Gatessent a letter to some of the chairs of committees here on the Hillopposing recognition of the Armenian genocide .

This concerned me for a number of reasons, not the least of whichthat I don't see how we can have the moral authority that we need tocondemn the genocide going in Darfur if we're unwilling to recognizeother genocides that have taken place, if we're unwilling to recognizethe first genocide of the last century, where 1.5 million people losttheir lives.

We're all well aware of how the Turkish lobby and Turkey has,
either implicitly or explicitly, threatened because it doesn't want
the genocide recognized and its own difficulty in coming to grips withthat chapter of Ottoman history.

RICE :  Congressman, I think that these historical circumstances
require a very detailed and sober look from historians and what we'veencouraged the Turks and the Armenians to do is to have joint historical commissions that can look at this, to have efforts to examine their past and, in examining their past, to get over their past.     But I will tell you, Congressman, I don't think that it helps that process of reconciliation for the United States to enter this debate at that level.  I just don't think it's helpful.

SCHIFF:  Madam Secretary, your comments, you think that there  should be some kind of debate or discussion about the genocide suggests that you have a question about whether genocide occurred.

RICE :  Congressman, I believe that this is something that Turks
and Armenians are best to address through their own processes of
coming to terms with their history.

SCHIFF:  Yes, and, Madam Secretary, we have to come to grips with our own history.

SCHIFF:  And we did.

RICE :  I personally am well aware of that.

SCHIFF:  But, Madam Secretary, you come out of academia.

SCHIFF:  Is there any historic debate outside of Turkey?  Is
there any reputable historian you're aware of that takes issue with
the fact that the murder of 1.5 million Armenians constituted
genocide ?

RICE :  Congressman, I come out of academia, but I'm secretary of  state now and I think that the best way to have this proceed is for  the United States not to be in the position of making this judgment,  but rather for the Turks and the Armenians to come to their own terms  about this.

And, Madam Secretary, Hrant Dink, who was murdered outside of his  office, is not a testimony to Turkish progress.  The fact that Turkey  brought a Nobel-winning author up on charges of insulting Turkishness   because he talked about the murder of the Armenians doesn't show great  efforts of reconciliation of Turkey.

Why is it only this genocide we're incapable of recognizing?

RICE :  Congressman, we have recognized and the president
recognizes every year in a resolution that he himself issues the
historical circumstances and the tragedy that befell the Armenian
people at that time.

We do recognize it.  But I don't — if you'll just allow me.  I
do not see that this situation is going to get better in the sense
that it allows Turks and Armenians to move on to deal with their
present unless we are able to let them deal with their past as to the murder that you…

SCHIFF:  Madam Secretary, because I'm going to run out of time.     You recognize more than anyone, as a diplomat, the power of  words.

Why is that less important in the case of the Armenian genocide ?

RICE :  Congressman, the power here is in helping these people to  move forward.  After the murder that you talked about, Turks went into  the streets to embrace Armenians and to say that this is not the way  that Turks behave.

The foreign minister himself has called into question the issue
of arresting people for Turkishness.  I do think that there is an
evolution that is going on in a Turkey that is democratizing and
democratizing before our very eyes and where Turks will be able to  deal better with their history.

But I do believe that people are better left to try and deal with  this themselves if they're going to be able to move forward.

We have to ask ourselves, "What is the purpose here," and I think  the purpose is to acknowledge, of course, the historic tragedy, but  the purpose is also to allow Turks and Armenians to be able to move  forward. 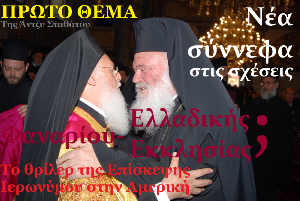 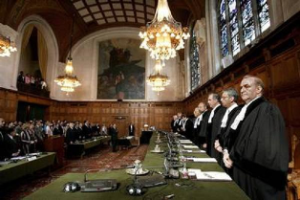