NEW YORK TIMES : More Than an Easter in Common 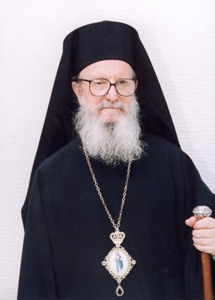 TODAY, Eastern Orthodox, Roman Catholic and Protestant Christians have the wonderful opportunity to celebrate Easter together on the same date. To many, that idea might sound natural, since the celebration of Easter speaks to the most central aspect of the Christian faith: the resurrection of Jesus Christ from the dead.

Regrettably, though, the phenomenon happens only every few years. Most years, the date of Easter observed by Eastern and Western Christians varies from one to four weeks. The explanation is complex – a matter of calendrical calculations and astronomical applications based upon the lunar cycle. So whenever a common celebration of Easter does occur, it constitutes a true blessing.

With that in mind, I would like to point out a remarkable occurrence in the history of the long walk toward Christian unity: the visit last November of Pope Benedict XVI, the 264th successor of St. Peter the Apostle, to the Ecumenical Patriarchate of Constantinople, in Istanbul, at the invitation of Ecumenical Patriarch Bartholomew I, the 270th successor of St. Andrew the Apostle and spiritual leader of the world's Orthodox Christians.

While historic, this was not the first visit of a pope to the Ecumenical Patriarchate: Pope Paul VI and Pope John Paul II had visited in 1967 and 1979, respectively. (Patriarch Athenagoras, Patriarch Dimitrios and the present Patriarch Bartholomew in turn visited the Vatican several times.) These meetings are important because they offer hope in view of the long and painful history of separation between the Christian Churches, which officially occurred in 1054, the result of historical circumstances, theological differences and misunderstandings.

The exchange of visits has contributed to a rapprochement of the two churches and to more examination of those things that unite – as well as separate – Roman Catholicism and Orthodoxy. In fact, just two months before the visit of Pope Benedict to Istanbul, the official international dialogue between the Roman Catholic Church and the Orthodox Church had resumed for the first time since 2000.

That is too long a period of inactivity. But, happily, the dialogue is scheduled to continue with a meeting tentatively planned for Ravenna, Italy, in May. There is a strong possibility that both Pope Benedict and Patriarch Bartholomew will be present.

Their meeting last November was therefore of much more than symbolic importance. I had the honor to be with the patriarch and the pope throughout the visit, and I witnessed firsthand a genuine atmosphere of mutual understanding and respect. The patriarch and the pope clarified, in a common declaration, that our churches share much in terms of our commitment to safeguard human rights and religious freedom, to protect our natural environment from human harm and to advocate for justice and peace – especially as we are mindful of those who live with poverty, threats of terrorism, war and disease. Because the world's Christian population stands at nearly 33 percent, or 2.1 billion people, our work to alleviate dire conditions is of global significance.

Our common celebration of Easter this year raises two hopeful perspectives for us to consider: first, the steps that we are taking toward the reconciliation of the churches; and second, the rediscovery of the holy and the sacred in human life and, ultimately, the discovery of the transcendent. Here are two things worth not only considering, but seriously pursuing.

Demetrios is the archbishop of the Greek Orthodox Church in America. 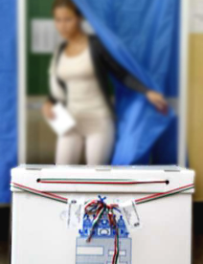 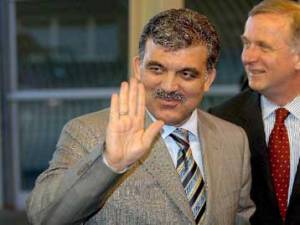