Speaking on behalf of the Greek American PAC, Larigakis outlined a number of issues that the PAC has high on its agenda and urged strong support both from event attendees as well as the broader community. Challenged by a prominent PAC member to raise $1 million for the PAC, Larigakis responded that "We should raise $3 million with the kind of economic prosperity we have in our community so we are going to be looking to each and every one of you� to host fundraisers and to make that $1 million into $3 million. Then we will really be a political force with an identifiable Greek American Political Action Committee that members of Congress will start to recognize and understand the power that it brings."

Members of Congress attending the event and addressing attendees were (in order of appearance): Ileana Ros-Lehtinen (R-FL), Henry Brown (R-SC), Zach Space (D-OH), John Sarbanes (D-MD), and Gus Bilirakis (R-FL). Also providing their remarks were Congressional candidates Basil Mossaides, who is running for office in Virginia, and Dean Scontras, who is running for office in Maine.

A number of prominent Congressional representatives also underscored their support of the Greek American PAC and its mission:

"As Congressional candidates and members, we have to say thank you for organizing the PAC and helping us get educated on the issues and everything you do, but also for the vital grass roots efforts," pointed out Representative Ros-Lehtinen. "That is so important for a member of Congress to hear from constituents back home on issues that they care about. I know that the policy issues that you're going to be putting out are going to be not only important to you, they're vital to us to know what you're thinking and what issues you're promoting."

Representative Space echoed Representative Ros-Lehtinen's views on the importance of political participation, adding also that, "Hard work, personal responsibility and a sense of loyalty and love of family: those things are traits that seem to be lacking in the Congress that we have come to know, and that's a good thing. And aside from that, obviously we are going to be there for the Greek community on those Greek issues that are important to us all."

In addressing the focus of the Greek American PAC, Representative Sarbanes outlined three fronts on which the Greek American community has an opportunity to make progress. First, the congressman suggested ongoing dedication to the community's traditional issues. The community must also begin telling the story of the new Greece and Cyprus, which are both taking on an increasingly important global role in politics and the economy. Finally, he stressed the importance of celebrating the Hellenic values that have contributed so much to American life.

"We need to think about where our communities are around the country and what kind of influence we can bring to bear in that way, and bring attention to things that our community cares deeply about are fundamentally things that are important to the United States of America," Representative Sarbanes concluded.

Congressman Bilirakis enthusiastically endorsed the Greek American PAC's mission, stating that "This is a wonderful idea. I'd like to sit in on some of the meetings as well so that I can give you suggestions. But we definitely need more Greek American's in Congress, and I want to help you do that."

For additional information regarding the Greek American Political Action Committee, please visit our Web site at http://www.greekamericanpac.com/, or contact greekamericanpac@gmail.com. 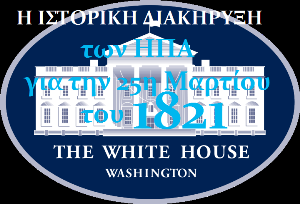 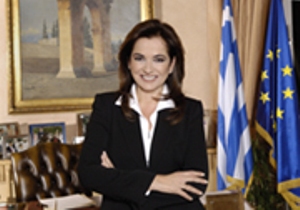 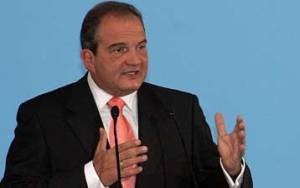