Congressman Dan Burton of Indiana recently issued a "Stop the Blame Game With Regard To Cyprus" speech to the House of Representatives  premised almost entirely on false historical revisionism, inaccuracies and  omissions.

Burton has a long record of support for Turkish Crimes and their cover  up, just recently he was commended by the Turkish lobby ATAA for his   offensive speech on Cyprus, over the years Burton has also been an active   participant, from the very beginning, of US delegations visiting the   pseudo-regime in northern Cyprus, disregarding international law, Burton   has also been involved in numerous official delegations and receptions   with the pseudo-regime.

Turkey's invasions and ongoing illegal occupation is in complete
contempt for norms of war, international law, UN resolutions, and human  rights, and its ongoing cultural genocide of Greek Orthodox Christianity  from Cyprus is continuing unabated, and Turkey remains unapologetic and   unrepentant. The Republic of Turkey was founded on the heels of one of  the most tragic episodes in the history of humanity. The Armenian,  Assyrian and Greek Genocide of 1915-1923, perpetrated by the Ottoman   Turkish government, was the very first planned genocide of the 20th Century,  the Turkish government denies its responsibility for these crimes, and   continues to regard the victims with contempt through its ongoing   aggression against Cyprus and through its horrific human rights record, that   often involves torture and assassinations of intellectuals for thought  crimes.

The Annan plan was rejected by the Cypriot people, in a popular
referendum because the Annan plan was racist, its provisions mandated that the  Turkish military and security forces (notorious for racist brutality  and human rights abuses) rule over the Cypriot people, furthermore it   also mandates that major port city Kyrenia remains Turkish, forever.
Essentially, Annan plan was an attempt to dissolve the democratic Republic  of Cyprus and replace it with a new structure, that would enslave the  people of Cyprus to undemocratic, human rights abusers running the   Turkish government and military. Burton's speech uses blatant omissions of  facts, to shamelessly hurl the blame onto the Orthodox Christian   people of Cyprus, rather than on the aggressor, Turkey.

Finally, Congressman Burton's   speech uses Turkish false historical
revisionism to explain away the conflicts in Cyprus prior to Turkey's   1974 crimes of ethnic cleansing, military invasion, and cultural   genocide. The Turkish state funded and staffed anti-Orthodox Christian   terrorism and hate groups, with the aim of creating para-state, parallel  administrations in Cyprus, in order to undermine the democratic process.
The pseudo-regime founded by Turkish terrorist Denktash and by Turkish   security forces was merely a further manifestation of Turkey's decades  long undermining of democracy and abuse of human rights in Cyprus.
Please refer to our information paper "Burton's Anti-Cyprus
Remarks" for Congressman Burton's actual speech in black text, our
analysis is in green, directly below each of Congressman Burton's remarks.
URL:  http://www.cyprusactionnetwork.org/resource_center

Contact Congressman Dan Burton of Indiana and ask him to apologize for  the historically incorrect speech.

As always, be firm, but polite. Hostile comments will only undermine  the message you are trying to deliver. A sample letter and phone script  is already provided

[During regular business hours a receptionist will answer your call.
Ask to speak to the staff member who is responsible for judiciary or  foreign affairs. If he/she is not available, please leave a written or  voice-mail message.]

I am calling about Congressman Burton's  Anti-Cyprus speech, "Stop
The Blame Game With Regards To Cyprus"

This speech was highly offensive to Greek Orthodox Christians, who are  victims of Turkey's ongoing ethnic cleansing and cultural genocide of   Orthodox Christian people. Turkey is a human rights abuser, is guilty   of Armenian and Assyrian and Greek Genocide, is a military aggressor,   is undemocratic and is unfit to rule over the people of Cyprus.

We must stand, as a nation, against human rights abusers, against
military aggressors, and against genocide denial and act with absolute moral   clarity in the fight to eradicate these terrible crimes.

(Please take a moment to personalize the letter.)

I'm writing in response to your speech "Stop The Blame Game With
Regard To Cyprus" delivered on Tuesday, July 24, 2007 in the House of  Representatives.

As an American citizen of the Greek Orthodox Christian faith,, I have  always had the honor of being represented by elected officials who stood   firm and strong in the face of human rights violations and historical  denial.

There were several inaccuracies and omissions in your speech on Cyprus   First, your speech starts off with a statement that downplays   Turkey's war crime of military aggression and crimes against peace in Cyprus,  by deliberately putting quotes around Turkey's very real invasion.
Numerous United Nations Resolutions, spanning several decades, have been  consistent in declaring the Turkish military occupation of Cyprus  illegal, and call upon the speedy and total withdrawal of the Turkish  military occupation forces

Second, the speech erroneously claims that Greeks killed Turks
beginning in 1963, this is false historical revisionism. The first inter
communal killings in Cyprus date back to 1958, and they involved brutal  killings of Cypriot Orthodox Christians by the fanatical Turkish terrorist   group TMT. The New York Times reported on the killings on December 27,  1963, detailing the attacks on Cypriots targeted merely because of their  ethnicity and religion, the Turkish TMT terrorist killings of Cypriot   Orthodox Christians continued and escalated throughout the 1960s.

Third, your speech falsely claims that Turks were harmed during the  coup in Cyprus, and irresponsibly use this falsehood to somehow justify   Turkey's gross crime in 1974. The most significant omission is the fact   that in August 1974 (when Turkey launched the bloody second invasion  that resulted in the occupation of an additional 30% of the island) the  democratic presidency of Cyprus was restored, parliamentary democracy
led by Karamanlis was in power in Athens, and there was neither a call  for union with Greece or violence directed at the Turkish minority.

Fourth, you falsely claim that the pseudo-regime in northern Cyprus is   a case of "rights", nothing could be further from the truth. The   pseudo-regime established by late Turkish TMT terrorist leader Denktash  and by the Turkish military and Turkish security forces is recognized by  no other country in the world, other than Turkey, its very claim to  statehood is in violation of international law.

Finally, your speech is offensively anti-Cyprus , you claim that
Greeks, the people actually victimized by Turkey's crimes of ethnic   cleansing and cultural genocide are not on the side of peace and offer up the   people's  democratic rejection of the racist Annan plan. The Plan  allows the Turkish military to remain in Cyprus, forever, and even extends  to the Turkish military the "right" to intervene over the entire   island, . The final revised drafts of the Anan plan called for the  turning over of the entire island's defense (for a period of twenty years)  to the Turkish government through its military (an unrepentant  perpetrator of Armenian, Assyrian and Hellenic genocide) and renown for ethnic
cleansing and racist brutality throughout the region. Ultimately, the  victims of Turkish aggression decided that they would never allow the  Turkish military to rule over their lives, Turkey's horrendous human  rights record and history of Genocide, makes Turkey unfit to rule over any human being. In democracies, ideally, the power should never come   from the muzzle of a gun, the Turkish army still refuses to leave this  troubled island, and leave all its inhabitants Greek, Latin, Arab   Maronite, Armenian and Assyrian alone. Now that would be a real peace.

I urge you to amend your remarks and position to reflect the historical truth.

I would also appreciate a sincere apology.

I look forward to hearing from you or your office in this regard.

The Cyprus Action Network of America (CANA) is a grass-roots,
not-for-profit movement created to support genuine self-determination and human   rights for the people of Cyprus.

To be added to CANA's Action Alert e-mail distribution list, or to
introduce CANA to a   friend or colleague, please forward the pertinent name and e-mail   address,with the subject heading "Add e-mail to CANA distribution list", to  cana@cyprusactionnetwork.org

You are encouraged to forward this action alert to five or more
individuals who may have an interest in our e-distributions or in CANA's  mission. 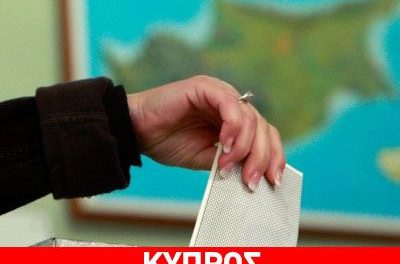 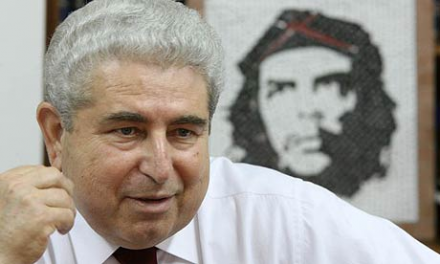 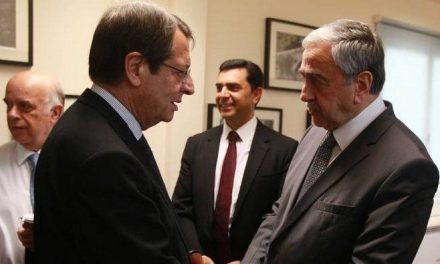 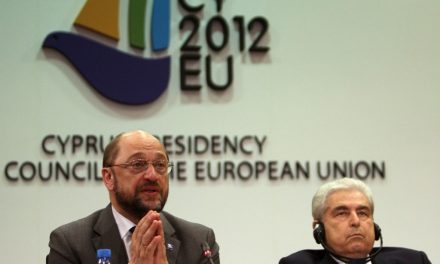