SMYRNA MASSACRE: Memorial for the Victims

The Cyprus Action Network of America (CANA) joins the STOP coalition, to memorialize the dead, the refugees and all the Orthodox Christian victims of Turkey's Smyrna Massacre. The STOP Coalition stands for "Stop Terrorizing Orthodox Peoples!"

Our group is open to any and all who believe the time has come to draw public attention to the evil of the continuing genocides against the many millions of Orthodox Christians around the world.

On September 9th 1922, as part of the Armenian, Assyrian and Greek Genocides of 1915-1923, Turkish armies of Mustafa Kemal (founder of the Republic of Turkey) entered the pre-dominantly Christian populated and Greek Orthodox Christian city of Smyrna and began a wholesale massacre of men, women, the old and weak, and children. Starting with the Armenian quarter, the Turkish army set fires to homes and churches filled with people, and turned this legendary Christian city to ash. Who they couldn't kill in time, they pushed into the sea. Orthodox Christian refugees, Greek and Armenian, crowded the quay, in desperate flight from Turkey's genocidal armies.

Despite the many Western press agents, numerous diplomatic reports, and the watchful eyes of a flotilla of some 27 Allied warships that are witnesses to the Smyrna Massacre-Turkey refuses to accept any responsibility for its crimes. To this day, Turkey not only denies its crimes, Turkey continues to degrade the victims , continues its aggression and contempt for human rights, Turkey remains one of the most anti-Orthodox Christian, repressive, human rights abusing regimes in the world.

Join us, in witnessing readings of survivor testimonies, in lighting of candles for the dead, and in our demand that Turkey make a public apology. 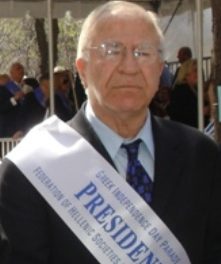 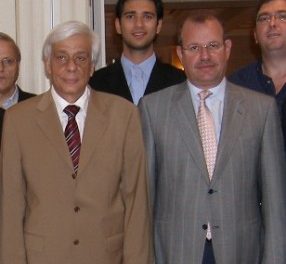