ZAHARO, Greece – Forest fires sweeping uncontrolled across southern Greece have killed 44 people, some found Saturday in the charred homes of mountain villages reached too late by rescue crews hampered by powerful winds. New blazes erupted across the country, including a fire on the fringes of Athens.

The deadliest fire was in the western Peloponnese region of southern Greece, where at least 38 people were killed in mountain villages near the town Zaharo, the fire department said. A massive fire whipped by strong winds continued to burn out of control.

Firefighters searching through charred houses after daybreak found 10 bodies in the village of Makistos, the department said. They were believed to include a mother and her four children reported missing during the night.

Nine of those killed near Zaharo – including three firefighters – died after a car crashed into a fire truck and led to a pile up as people tried to flee the area, the fire department said. The smoldering remains of the fire truck lay overturned in a gully, and the charred wreckage of cars and a motorbike were strewn across the road.

"This is a day of national mourning," said Prime Minister Costas Karamanlis, who visited the afflicted areas and chaired an emergency Cabinet meeting. "We are fighting against heavy odds, on many fronts and under particularly tough conditions."

Hot, dry winds gusting to gale force were expected to continue Saturday before abating in the evening. The winds frequently prevented firefighting planes from taking off, leaving mainly ground forces to fight the flames in the southern Peloponnese, occasionally helped by helicopters.

Since Friday morning, more than 170 blazes have raged from the western Ionian islands to Ioannina in northwest Greece, and down to the south. A recent three-day heat wave, in which temperatures have touched 104 Fahrenheit, has left forests and shrubland parched.

New fires broke out Saturday, and fears grew that the death toll could rise as rescue crews reached villages that had been surrounded by walls of flames during the night. The military was sending 500 soldiers and several helicopters to join the firefighting.

Authorities evacuated nuns from a convent and closed off a major highway on Mount Ymittos near Athens as flames approached the capital's eastern outskirts, damaging buildings in the Papagou suburb, the fire department said. Firemen assisted by water-dropping aircraft and hundreds of volunteers brought the blaze under partial control. No injuries were reported.

Five of the dead were found to the southeast, near a hotel on the outskirts of the town of Areohoro, while a sixth – a firefighter – died of a heart attack while trying to battle the blaze.

A fire on the island of Evia north of the capital grew through the night, and the authorities declared a state of emergency in the area, said Sofia Moutsou, the mayor of the town of Styra. At least three villages were evacuated, the fire department's Diamandis said.

"If we don't stop this now there will be nothing left," Moutsou said early Saturday. She was hoping ferries could transport fire trucks to the island to help tackle the blaze.

EU Commission President Jose Manuel Barroso said he was "saddened by the tragic loss of human lives" and voiced hope that member states would send assistance.

Greece has suffered its worst summer for forest fires this year, with hundreds of blazes burning thousands of hectares of forest and brushland.

With early elections just three weeks away, the devastating fires are certain to become a political issue. The government has come under criticism for its response to previous fires, which killed 10 people. 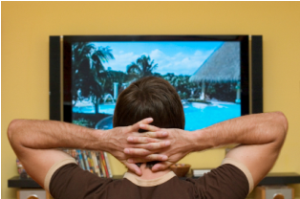 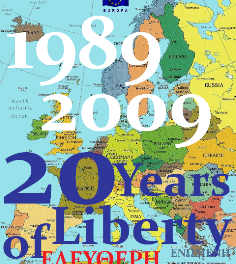