Your interview October 7, 2007, in Skopje, FYROM, revealed a lack of understanding of Historical indisputable facts which pertain to the name issue.

Greece and the true Macedonian Greeks have been led to believe that your offices were negotiating a solution to the name issue in good faith, when it appears that Greece's very real factual arguments on the issue were being dismissed.   You must be aware of the facts of the issue which, in a court of law, would be sufficient evidence to declare the FYROM guilty of identity theft with intent to deprive the plaintiff of property; plus unspecified damages for loss of the right to use the Heritage, Culture and History of their Ancestry.

It is a fact that Macedonia was a Greek City State substantiated by numerous Archaeological discoveries throughout the region, witnessed by ancient historians Herodotus and Strabon;      (with the common culture and language shared among all Greeks), for millennia before the influx of the Slavic element.  The Slavs arrived in the region 1000 years after Alexander the Great, and were given their alphabet, hence language, by the monks Cyril and Methodios.   It is a fact that in 1944, the Communist Dictator Marshal Tito (aka Josip Broze), with the cooperation of USSR Dictator Stalin, renamed the region from "Vardarska Banovina" to "Socialist Republic of Macedonia".   It is a fact, after World War II, that Communist guerillas across the northern borders of Greece, in coordination with communists in Greece, set off a civil war in order to annex the Greek Macedonia with the usurped name of the Slavic region.   Although largely ignored lately, the wise prophetic words of the U.S. State Department Foreign Relations circular airgram (868.014) need to be revisited.  It was sent by the then Secretary of State, Edward Stettinius on December 26, 1944, to all Consular offices informing them of the act to create a separate "Macedonia" as a cloak for aggression against Greece.   "The Department has noted with considerable apprehension, increasing propaganda rumors and semi-official statements in favor of an autonomous Macedonia emanating from Bulgaria, but also from Yugoslav partisan and other sources with the implication that Greek territory would be included in the projected State."   "This Government considers talk of a Macedonian Nation, Macedonian Fatherland, or Macedonian National consciousness to be unjustified demagoguery representing no ethnic or political reality, and see in its present revival a possible cloak for aggression against Greece."   These irredentist claims against Greece, not only continue today, but also have become more aggressive thus violating the interim accord.

Your remarks that Alexander the Great "murdered thousands of people and was a tyrant"; are unacceptable, insulting, untrue and highly provocative, and should be considered in the light of Historical fact that for hundreds of years the Persians were constantly invading Greece, murdering thousands and on one of those invasions had burned the city of Athens.   Alexander led an army of Greeks to neutralize the Persians and on the way he spread the belief in the dignity of man. The prestige of the Hellenistic times is due to his great achievements; he is the one who spread our Civilization to the entire world and conceived the idea of Universalism.

You spoke of "looking forward".  When you support the "Macedonia" name you condone the aggression against Greece that took place in the aftermath of WW II.   You condone the claim of FYROM to take over the "Macedonia" that has been Greek for millennia.  No self-respecting country leader can agree to such terms as you would infer upon Greece.

Honorable Mr. M. Nimetz, Countries are not created by stealing the name, History and Culture from another one.   The truth about Macedonia's identity being Greek is confirmed by the Old and New Testament of the Bible, by encyclical issued by Pope John Paul and his predecessors, by ancient Greek, Jewish and Roman writers, and it is also confirmed by international treaties and by Historical Political events which have influenced European and World History. Your action sends the wrong signal to the entire World, where the glory and fame of Alexander the Great has left a legacy and has paramount importance.   Further more, it is an un-American epilogue to President Truman's efforts to save northern Greece, the true Makedonia, from the Communist menace of the time.  In addition it send the wrong message to Greece, that due to lack of fundamental authentic knowledge, justice will not prevail in the name issue negotiations, because your Historical data is far from reality.   It is truly sad we wasted 15 years over an issue that simply could be resolved by proposing the minute Republic to go back to its previous name prior to 1944. "Vardarska".  The peace in the region which, is very vulnerable today, could have been guaranteed, your role would have been easier, and most importantly justice would have prevailed.

This issue should have been settled long ago with forthright and objective negotiation leadership based on authentic Historical and Archaeological data written in stones and the "stones do not lie".   Like Henry Kissinger has repeatedly said in the past concerning our issue, "Whoever knows History knows the truth and the rights are with Greece".

We wish you success in your very difficult task, hoping that you will address an apology for your statement about the Alexander the Great issue, to all Hellenes.   The true Macedonians from northern Greece, descendants of Alexander the Great expect it, the History demands it.  May God's blessing be always with you to give you wisdom, strength and good health. 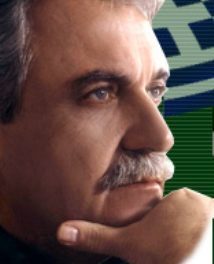 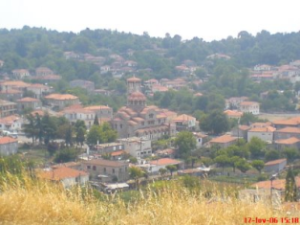 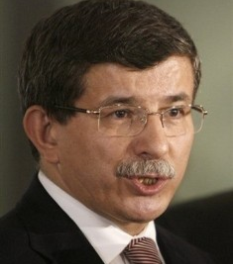