A synopsis of the threefold Hellenic geopolitical reality: Mountain, plain and the sea. 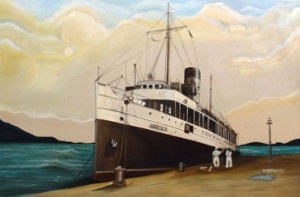 The Hellenic nation, since its historical birth that can be traced from the era of Agamemnon and Ulysses, was in geopolitical terms divided into a triangle between the high mountains of the hinterland, the islands and coastal areas, and the small plains in between. The temperament of the people, as well as the factors that lead to strategic decisions over all the historical period, can be explained, amongst other; through the research of the geographical structure of the Hellenic peninsula.

Hellas is a state covered in around 75% of its surface by mountains, a percentage on par in Europe with Switzerland and Austria two landlocked countries. Its mountains span through the entire mainland, with one very significant detail. The main series of mountains-the Pindos one- crosses from north to south and divides the country into Western and Eastern part. As a result this creates serious difficulties in transportation even nowadays, and moreover alters the climate. The West has high humidity and raindrop levels, whilst westward the climate is much more influenced by Southern and Northern winds.

In a nutshell, one part of the state-The West-resembles weather conditions to be found in S. Italy and the other has the unique Aegean climate, thus creating totally different cultures in local architecture and popular culture in general. The mountainous people had always the following characteristics during the Hellenic history: Self-reliant, autarkic, conservative and with a worldview that can be summoned as "It's better to keep on your own". Because of the sentiment of autonomy that is easily cultivated in the inhibited and harsh environment of a mountain, at various periods, rebels, bandits and resistance fighters as well, concentrated there and established their bases. During the 19th century and up to mid 1930's the continuous problem of mountain bandits " Listes" was of great nuisance for the new born Hellenic state, which tried, and in most cases unsuccessfully, to tackle the issue by military force. Even nowadays known villains find their way out of security watch by flocking to the mountains and thus remain out of watch.

On the other hand the mountain areas were the forefront of Hellenic resistance against foreign occupation and it is there that the Hellenes had a clear advantage over large regular forces by enemy states. During the Ottoman rule the only places that remained autonomous were the Sfakia, Mani, Agrafa and Souli areas, all of them surrounded by mountains and intractable terrains. The preparation of the revolutionary fighters that rebelled against the Ottoman Empire in 1821 was fully held, over the years, in the mountains, and that was a major strategic advantage in comparison with the Turks that were not apt in mountain warfare techniques. In our century during the triple axis occupation-German, Italian, Bulgarian- the partisan movement was only capable of being developed in central Hellenic mountain areas and had been successful against the almighty German infantry that didn't have any experience in this kind of battle, that according to military experts is one of the fiercest. In the aftermath of WW2 a civil war erupted and was largely fought in the same mountain battlefields of the resistance period. The central government was able to succumb the communist guerrillas, because it has at its disposal special mountaineer forces "The LOK" that were at least at that period the best of its kind in Europe.

The past few decades the rapid urbanization of the Hellenic society in parallel with mass immigration abroad had as result the abandonment of numerous mountain villages and the resulting diminish of the influence that these areas had in the Hellenic political history. Nevertheless it has to be noted that they represent the all timely, last stance of Hellenic strategic resistance, and these were the areas that saved from ultimate destruction the Hellenic culture.

Hellas has very few plain fields of enough surface to produce large quantities of agricultural products. Traditionally these areas were the first to be conquered by foreign powers and these were the places were the largest intermixture between different populous of the Balkan Peninsula took place. Because there were the only mainland areas where stable production and commerce could flourish, they became at various historical periods, centers of intellectual activity and were able to preserve, cultivate and spread the Hellenic culture through the ages. The characteristics of the people residing in plains were historically of people sociable, community striven and easy going. Their life motto could be represented by "Work hard, enjoy nature, and be careful". These areas were the first in cases of large-scale revolutions-as in the case of Ottoman empire- to face hostile action, and their geographical terrain didn't leave options for effective resistance.  Despite the issues of urbanizations and immigration that effected all of Hellas in the 20th century these areas managed to secure various benefits from central government in terms of agricultural subsidies and public infrastructure and have in many cases accomplished a level of consumerism to be found in the most developed parts of the world.

The above areas in Hellas are easily the most recognizable worldwide, not least because of modern mass tourism. These are the areas that can be best viewed as the vice versa image of the mountains. Lacking considerable agriculture production and with the open sea in front of them they, early in history, they developed merchant marine fleets and became transporters of goods and ideas of a grand scale. In geostrategic terms the islands represent the springboards for Hellas since they can be viewed as separate bases for aeronautical operations and throughout history the effective control of the Aegean gave the opportunity to Hellenism to expand mainly eastward and gain control of the Eastern Mediterranean basin. The characteristics of the islanders-coastal people are: Tendency to independence, curiosity and reliance on tight-knit groups especially in the fields of transport, commerce and communication. Their motto could possible be acknowledged as "Seek, find, and keep trying"

Because of their innate talent for seafaring, they became at historical periods, agents of political change, as in the case of the Ottoman Empire. Moreover by controlling the "waves" they managed to achieve marine supremacy for Hellenism and bring much needed capital to the mainland.

In overall Hellas in geopolitical terms is the only country in Europe, along with Norway that these three poles of social cohesion are to be found in roughly equal numbers and the combination of them is what makes the Hellenism, a cultural and political reality and entity. The advantages of one are the disadvantages of the other, and by overlapping their differences and qualities long-lasting cultural cement was built. To this point, the importance of the common Hellenic language, as well as the Hellenic-Orthodox Church, has to be noted, because these two factors ultimately led to the unification of the aforementioned three poles and kept them since ancient times and up to date.

1) Since antiquity there were always three Hellenic poles, the Dorian, the Aeolian and the Ionian one that roughly represent the mountain, plain and islander one respectively.

2) In modern day Hellas even though that these differences can be said to have been absorbed in metropolitan areas, like Athens, nevertheless the reproduction of atavistic mentalities has already been developed and still people from major urban areas identify themselves as mountaineers etc.

3) The complexity of Hellenic mindset, as easily noted by foreign visitors in Hellas, since antiquity could not have been developed, without the continuous ever changing terrain where in a few km someone can view with awe, high and dangerous mountain tops, fields of systematic pastoral production and serene coast lines with tens of islets across the horizon. It is well known in modern psychology that the many and alternative icons that a person would encounter since his birth, develop his mental abilities and create invigorating and sometimes over the edge personalities.

4) Unfortunately, at least in my knowledge there hasn't been a thorough research in Hellas as to how environment interacts with wide social and political changes, and how it is possible to form genuine policies based on original Hellenic attributes.

A) Hellenic seas have around 2000 islands and 8000 islets, most probably the largest concentration of its kind analogical to the sea surface.

B) The mountainous Evrytania region in central Hellas is considered to be the 5th environmentally "cleanest" area in the world in terms of air and water pollution.

C) Not any mountain area in Hellas-even the most intractable- is more than 80 km from the sea.

D) It is possible -For people of extreme psychical endurance! – To travel across mainland Hellas by only following mountain paths. This was one of the training followed by ancient Spartans, experts in mountain warfare.

E) Hellas, despite the fact that historically had low levels of agricultural sufficiency, NEVER had large scale famines, so common in other European countries until late 19th century. The only exception was the 1941-42 one caused by German occupation and British naval blockade. The mild weather, the abundance of alternative sources of food -Fishing, hunting, various indigenous crops-, and the traditional communitarian self-reliance, has saved Hellenic populous from the terrible fate of famine outbreaks, that occurred in states such as , Ireland, Hungary, France and Russia. 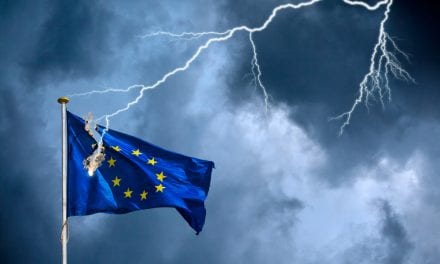 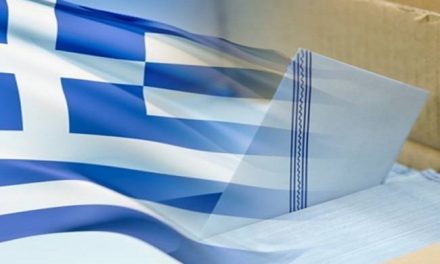 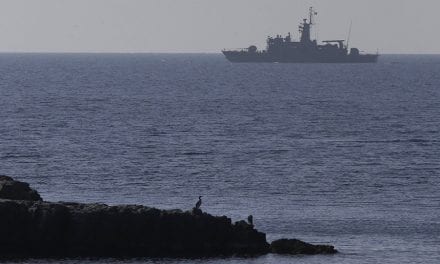