AHI is pleased to inform you about the celebration of Greek Independence Day,

OF THE WASHINGTON METROPOLITAN AREA

Invite you to a celebration of

The 187thAnniversary of the Greek Independence

Ambassador of Greece to the United States of America

Modern Greece in Europe and the World

(Lecture in Greek with summary in English)

The speaker will reflect on the progress achieved by the Greek nation since its independence in 1821 and will present the status of modern Greece in Europe and in the world today. The program will include appropriate brief literary readings, patriotic songs by the Saint Sophia's Cathedral Choir directed by Stelios Kontakiotis, and folk dances to be performed by the Return to Origins dance troupe directed by Elena and Rena Papapostolou. Reception to follow. 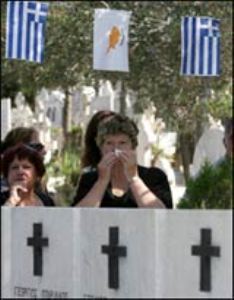