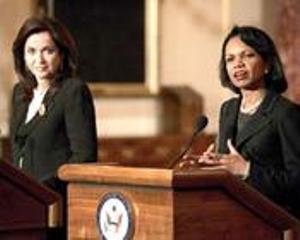 Members of NATO are set to meet Wednesday in Bucharest to consider measures to strengthen the alliance, which may include invitations to three Balkan countries -Albania, Croatia and the Former Yugoslav Republic of Macedonia (FYROM) – to join the trans-Atlantic family.

As the region's oldest member of both NATO and the European Union, we feel a heightened sense of responsibility for our neighborhood, an obligation to be constructive, pragmatic and supportive. We will strongly back the inclusion of Albania and Croatia in NATO.

We will not be able to do the same for FYROM, however, as long as its leaders refuse to settle the issue of its name, which they promised the United Nations to do more than 13 years ago. Since then, however, they have refused every compromise suggested by UN mediators – in sharp contrast to Greece, which found promise for a solution in several of the proposals.

The leaders of this new land-locked country of 2 million insist on calling their homeland "Macedonia," even though that is a name that has been a part of Greek history and culture for 3,500 years and is the name of our largest northern province.

Why can't this new country call itself whatever it wants?

Let me explain the problem as Greeks see it. When Marshal Tito of Yugoslavia changed the name of his country's southern province in 1944 from Vardar Banovina to the Social Republic of Macedonia, he did it to stir up disorder in northern Greece in order to communize the area and to gain an outlet to the Aegean Sea for his country.

This policy was also linked with the Greek civil war that at the time claimed more than 100,000 Greek lives, brought untold destruction to our country, and delayed our post-war reconstruction for a decade.

The name "Republic of Macedonia," therefore, is not a phantom fear for us Greeks. It is linked with the deliberate plan to take over a part of Greek territory that has had a Greek identity for more than three millennia and is associated with immense pain and suffering by the Greek people.

Greeks believed that when Yugoslavia dissolved and FYROM declared its independence in 1991, its leaders would recognize our sensitivity to its use of a name it adopted during the Communist era and change it, as the Soviet Union did, to make a clean break with its past.

Not only did they fail to do that, but for 17 years now, the authorities in the country have continued to try to undermine Greek sovereignty over Greek Macedonia, which they call "Aegean Macedonia," and to portray it as "occupied" territory that will one day be "liberated."

While government leaders declare that they have no designs on Greek territory, they refuse to remove such claims from textbooks, speeches, articles, maps and national documents. In fact, by insisting on the name Tito gave the area, they perpetuate the goal he pursued.

Most distressing for Greeks is that the leaders of FYROM insist that their country use the designation "Macedonia" in their country's name without any qualification – in dramatic contrast to international practice and common sense.

When parts of a historical region fall into two countries, the newer area uses an adjective to distinguish itself from the older one – New Mexico and Mexico are one such example. But the leaders of Skopje have so far rejected all possible designations to do that proposed by current UN mediator, Matthew Nimetz.

Greece does not dispute that a part of historic Macedonia lies within FYROM and we are prepared to accept a compound name. But FYROM insists on being sole claimant to the name of a whole area, the largest part of which lies outside its borders.

This intransigence comes in spite of Greece's efforts to maintain good relations with FYROM and to support it economically. In the past dozen years, Greece has made the biggest investments (more than $1 billion) and created the most jobs (20,000) in FYROM of any country in the world.

Greece has also made great strides to try to resolve the name issue under UN auspices. It has sat at the negotiating table since 1995 and has shown willingness to consider a solution that the UN mediator advocates – a composite name that includes the geographical designation of Macedonia but attaches an adjective to it to distinguish it from the Greek province with the same name. That's sensible, reasonable and fair to both sides.

FYROM leaders declare that this is a bilateral issue with Greece, and it should not affect their country's prospects for NATO membership. But alliances and partnership can only be fostered among countries if there is mutual trust and good will. The best way for FYROM to show both is to settle the name issue now.

Greece has unilaterally gone more than halfway on the issue, closer to two thirds of the way, I would say, and we hoped FYROM would have started moving toward us by now. But they have not budged from their hard line. Not one inch.

We cannot go any farther. As long as the problem persists we cannot and will not endorse FYROM joining NATO or the European Union. No Greek government will ever agree to it. No Greek parliament will ever approve it.

Dora Bakoyannis is the foreign minister of Greece. 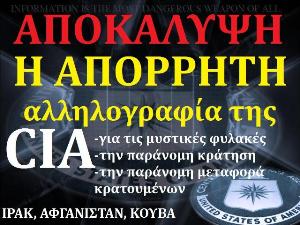 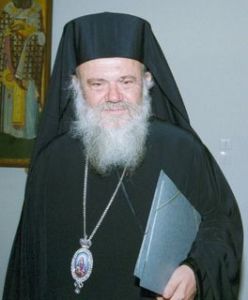 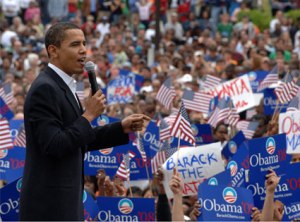