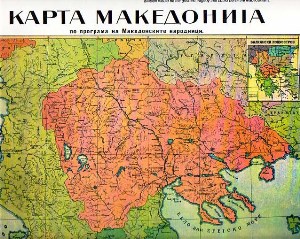 About the Hellenization of Southern (Aegean) Macedonia – A Review of 'Fields of Wheat, Hills of Blood'

"Elsewhere in Greek Macedonia, the term [en-] dopyi ("local") is used to refer to Slavic-speakers who had inhabited the region prior its incorporation into Greece in 1913; in the Edessa and Florina prefectures, for example, the phrase dopyos Makedhonas ("local Macedonian") is used by many to signify a Slavic-speaker, and his descendants." Perhaps this quotation from the book of Dr Anastasia Karakasidou was the reason why the same passed through various troubles before it was published. Or, maybe this was the main motivation for certain Greek extremists to accuse Dr Karakasidou of "high treason". When in 1993 she published one part of her research in the periodical "Journal of Modern Greek Studies (vol.11, 1993)", she received several death threats from US-based Greek right-wing organizations, even before her colleagues had a chance to congratulate her. At the same time, the Greek newspaper "Stohos", describing her as a state-enemy, published both her address in Salonika and her car registration number.

But she didn't give up, she continued with her research, and when the book was finished she made a publishing contract with Cambridge University Press. The surprise came when at the last moment Cambridge Press decided not to publish the book – allegedly because of the intelligence coming from the UK Embassy in Athens saying that such a step might endanger the security of British citizens who resided in Greece. The case has now gathered a great deal of world-academic attention. There were stories in the Washington Post and The New York Times. Three academic editorial board members resigned from the publishing house in protest at the decision. The "Karakasidou case" became known worldwide. Generating interest even before its publishing, the book was finally printed in 1997 by Chicago University Press. Today Dr Karakasidou is Professor at Wellesley College in the US, and her book "Fields of Wheat, Hills of Blood" is one of the most circulated among the students of anthropology and Balkan history.

This book, which is very readable and comprehensive, is an outcome of her fact-finding mission in the region of Assiros (originally Guvezna), a small town located twenty miles northwest from Salonika. In the research that covers the time period from 1870-1990, Dr Karakasidou describes the life of the region's inhabitants, their migration, their customs, professions, languages, as well as the impact of the numerous wars on the population. Particularly emphasized is the role of the local notables in the processes of shaping or rather reshaping the national identities of the inhabitants. The local notables, known as tsorbadjihi (local Christian elite), merchants, priests, teachers and state administrators, consisted of the lowest but obviously the most effective tool in the process of national assimilation. According to Dr Karakasidou, the key factor in this process, until 1913, were the local tsorbadjihi and the Greek Church – Patriarchate. The Patriarchate had cleverly used its privileged position in the Ottoman Empire in opposition to the recently re-established (1870) Bulgarian Church (Exarchate), even though the later had noticeably enjoyed stronger support among the "Slav-speaking" population all over Macedonia. After the partition of Macedonia, beside the Patriarchate, state-sponsored schools and the Army (through the army-obligation for adult males) undertook the leading role in the process of nation-building of the Greek national consciousness among the non-Greek inhabitants, which at that time consisted of the majority of the population in Southern (Aegean) Macedonia. Those were the main assimilation-levers for the realisation of the state-sponsored project for the Hellenization of that part of Greece. In that respect, speaking about the situation in Assiros in the war-periods (Balkan Wars, Word Wars, and the Civil War), the author, using both oral memory and written history, brings the destiny of the "ordinary people" closer to the eyes of the reader.

Where in the region trade, agriculture, religion, common customs and mixed marriages had connected its inhabitants, it is easy to notice how, under the pressure of the neighbouring propagandas, year by year the differences (particularly in the language) became far more important than the similarities. For example, many "Slavic-speaking" women from the surrounding villages who had married into the Greek-speaking families in Assiros found themselves forbidden by their husbands or in-laws to speak their "native Bulgarian dialect" in their new households. At the same time, the author underlines that the labels "Macedonian" and "Bulgarian" represent synonyms, which, particularly today, are used in Greece interchangeably in reference to "Slavic-speakers", in respect both of their language and ethnicity.

Further on, one can understand the significance of the refugees (prosfighas) and their immense importance in the process of "national homogenisation" of the young Greek state. Actually, Anastasia's father was a Turkish-speaking prosfighas himself, compulsory evacuated to Greece in the wake of the Asia Minor War in 1922. His life had been deeply affected by the Greek nation-building process. And, although after his settling in the region of Macedonia he had acquired some sense of belonging to the Greek collectivity, yet every evening he would tune his short-wave radio to an Istanbul station and sing along with the slow Turkish songs, explaining to his little daughter their verses. From the comprehensive analysis about the colonisation of this part of the country it becomes clear that the Greek nation, particularly in the regions of Southern Macedonia and Thrace, has derived from profoundly diverse ethnic and cultural backgrounds. The next method that had accelerated this process of state sponsored assimilation was the so called "voluntary resettlement" of the native population, mainly to Turkey and Bulgaria, but also to the East-European countries during and after the Greek Civil War.

All in all, the book represents a well-founded publication about the Hellenization of one small part of Southern (Aegean) Macedonia. Nonetheless, it gives us more than enough evidence to draw the conclusion that Macedonia has never been exclusively Greek. Moreover, at the beginning of the twenty-century, Southern Macedonia was a multiethnic region with an overwhelmingly non-Greek majority. As the Bishop of Florina (Lerin) Augostinos Kandiotis once said "If the hundreds of thousands of refugees had not come to Greece, Greek Macedonia would not exist today". The book is well worth reading. Unravelling the complex social, political and economic processes through which these desperate people become amalgamated within the expansionistic Greek identity, this book provides an important corrective to the developments of the "Macedonian Question". 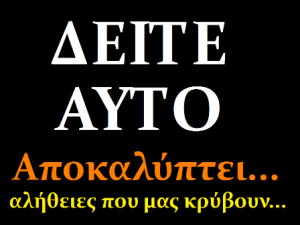 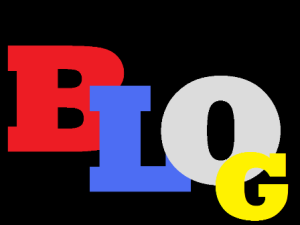 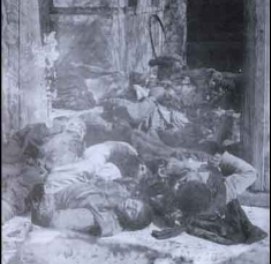