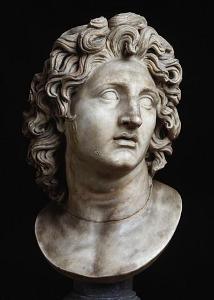 On Saturday, May 17, 2008, ENOSIS the Federation of Hellenic American Organizationsof Illinois, will present the Opera Production of Alexander the Great.

This production which was composed by Canadian PanayotiKarousos, will be presented at 8:00 PMin the St. Martha's Auditorium located at 8535 North Georgiana Avenue,  Morton Grove, Illinois. The Operawill be performed by The American Symphony Orchestra of Chicago, conducted byMr. David Stetch and the singers will be:

To date numerous essays, books and movies have been writtenand presented about the various accomplishments of this ancient Greek and howhe greatly influenced the development of Western Civilization. Militaryhistorians regard Alexander as the Greatest military general that has everlived on this earth, from ancient to modern times. His military genius hasnever been surpassed by anyone else, as he is credited for not losing a singlebattle, in the 13 years that he led his troops and conquered not only the Persian Empire, but also most of the known world around 330 BC.

The one area for which he has not been given adequate creditor recognition is how he helped spread Hellenic culture and language in thelands that he conquered.  In his speech,which is called ‘The Oath at Opis' and was taken by 9,000 officers comprised ofPersians, Indians, Egyptians and others, is a classic demonstration of thevision that Alexander possessed about cooperation and self  governance during his reign.

It was in the year 324 BC when he uttered the followingmessage to his troops (paraphrased): " . . .I do not care what is the color of yourskin nor where you came from,
as my only criteria being what is the virtue in your heart.. ."

Over 2,300 years ago, Alexander realized that if humanity isto survive and prosper, we must live like brothers under God and we shouldgovern ourselves by laws that are administered by the best and the brightest. Spacedoes not allow the printing of the entire speech, but it will be included infuture articles and will also be available to patrons that will attend theOpera Presentation on May 17th, along with other pertinent facts about Alexander's contributions.

Over a month ago, the Hellenic Community in Chicago, as wellas a number of other large cities in America,celebrated Greek Independence and our Hellenic Heritage with lectures,receptions, parades and other events. During these celebrations we memorialized the heroes of 1821 for theirvarious sacrifices during that revolution. At the same time, we also paid tribute to some of the ancient Helleneswho gave so much to the development of Western Civilization by theircontributions in democracy, philosophy, freedom, liberty and numerous otherintellectual ideas.
>
>  The Alexander theGreat opera has been organized much the same way that the Parade events weredone to educate the public about the contributions of some of our ancestors andpay tribute to them. We believe that the music and the words, as composed byMr. Panayioti Karousos, will help transform our thoughts and emotions into theso called ‘Hellenistic Period' and at the same time mesmerize us by the lifeand accomplishments of one of our greatest Greeks.
>
> Everyone is welcomed to participate in this memorablepresentation not only to pay tribute to Alexander the Great but also to help inour quest to Preserve and Promote Hellenism, by reminding people that thisGreat Macedonian Greek lived indeed 2,350 years ago and left us a glorious andinspirational legacy.
>
> After the performance, there will be a "coffee and sweetsreception", provided by the Chicago Chapter of the Macedonian Federation and ENOSIS.
>
> The proceeds from the performance will be donated tophilanthropic and social projects.  Forfurther information and tickets, call ENOSIS at 773-775-4949, or via email at enosis325@yahoo.com.  Donations for adults: $20.00, and students:$10.00.
> 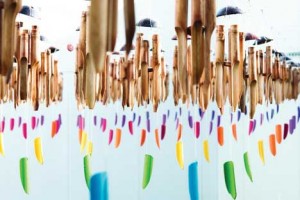 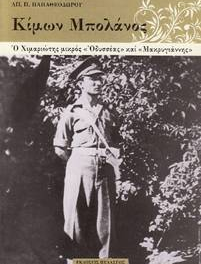 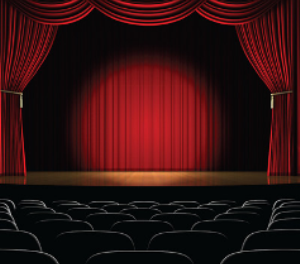 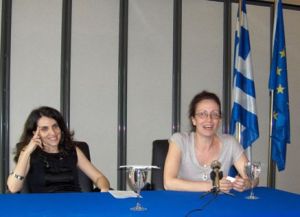