Speech by the Secretary General at the Conference

"After the Bucharest NATO Summit :  European and American

It is a great pleasure to be in your midst today – an important conference, important subject, well-timed conference, important decisions.  I am pleased to hear that the Czech Republic has completed negotiations with the United States of America on the establishment of a radar site for the so-called US Ballistic Missile Defence system.  The signing of that agreement in the near future will be a major step forward I think in the process of building a missile defence architecture in Europe.  It will also be a major step for the bilateral relationship between the Czech Republic and the United States.  But it is also a major development for NATO.  Because I think it opens a new chapter for the Alliance in meeting the new threats of the 21st century.

When people think of NATO, they usually think of responding to immediate challenges – a crisis in the Balkans, the 9/11 attacks, or creating security in Afghanistan.  This view of NATO as a kind of fire brigade is only natural: after all, NATO has unique capabilities that it can bring to bear in responding to immediate problems.  And, hence, it is no surprise that the North Atlantic Alliance is very much in demand.

But the image of NATO as a mere fire brigade is too narrow.  Yes, of course, we must remain capable of responding to imminent threats.  But we must also look ahead – we must scan the strategic horizon for potential new challenges, and we must develop common approaches to deal with them – making sure we take into account the time needed to develop those solutions.  People sometimes tend to neglect this dimension
of NATO.  And yet it is precisely this pro-active dimension of the Alliance that will
be increasingly important as we enter a new strategic environment.
In tomorrow's uncertain world, we can not wait for threats to mature before deciding how to counter them.

The nature of this new environment is already beginning to take shape.  It will be an environment that will be marked by the effects of climate change, such as territorial conflicts, rising food prices, and migration; it will be characterised by the scramble for energy resources; by the emergence of new powers; and by non-state actors trying to gain access to deadly technologies.

It will also be a security environment characterised by the proliferation of ballistic missiles and weapons of mass destruction.  The nuclear ambitions of Iran and North Korea threaten to set in motion a "domino effect" that will be difficult to contain.  And the number of states that possess ballistic missiles is already growing – slowly but surely.

We have been working on the best way forward on missile defence – bilaterally and within NATO – for a considerable period of time.  We have done so against the backdrop of a political and public debate that had from time to time its share of irrationality.  Too many participants in that debate allowed ideological considerations to cloud a political and military judgement.

As the countries that would host elements of the planned US missile defence system, the Czech Republic and Poland have to bear the brunt of that growing debate.  I know that this is not easy.

Victor Hugo once said that nothing is more powerful than an idea whose time has come.  Perhaps that is why neither a sometimes erratic debate nor Cold War-style threats could ultimately, or should ultimately undermine the project.  And at NATO's Bucharest Summit – and the Prime Minister referred to the Summit more than once – which just took place one month ago, the Allies made it very clear that missile defence is a collective effort that will not be derailed.

The specific deployment of the US "Third Site" may involve only a few Allies, yet as I said the proliferation of ballistic missiles is a reality that concerns us all.  Our security is indivisible.  And this fundamental principle will guide our work on missile defence in the months and years ahead.

So where do we stand now, and where are we going?

First, it is clear that the US "Third Site" will make a substantial contribution to the protection of many European Allies.  It is also clear, however, that it will not cover all of them.  And that is why we need to consider options for a more comprehensive coverage.  Simply put, we need both the US missile defence elements and other sensors and interceptors.  And this means that we need to link the US system with other national systems and NATO systems.  Several architectures are currently being studied, with a view to inform further debate and potential decisions at the next NATO Summit in 2009.

Now the question of course is, is such a linking of different systems feasible?  The answer is clearly "yes".  NATO has a longstanding experience in promoting interoperability, and in integrating different national assets into one coherent capability.  First tests have successfully joined NATO's so-called Active Layered Theatre Ballistic Missile Defence system (ALTBMD), the US missile defence, and French and Dutch assets.  And as far as the costs and performance are concerned, it is clear that an interconnected, NATO-wide system would be considerably cheaper and more effective than if individual nations were to develop and field their own territorial missile defence system.

My second point, we need of course to look at the challenge of political-military consultations and command and control.  An incoming missile will not allow us enough time to convene a meeting of the North Atlantic Council.  We therefore need to develop procedures that enable us to react quickly.  But here, too, NATO does not need to start from scratch.  After all, the Alliance now has almost 60 years of experience in crisis management procedures, and this will certainly inform our discussions and help us to find the right solution.

My third point, we need to engage Russia.  Russia has made it clear on many occasions that she remains suspicious of the US "Third Site".  It is therefore essential that we continue to involve Russia, both in the NATO-Russia Council and in US-Russian bilateral talks, to explain the system and to alleviate their concerns.  At the NATO Bucharest Summit, we made it clear that we are willing to go even further – in fact, we are ready to explore the potential linking of US, NATO and Russian missile defence systems.  Sooner or later, Moscow will come to realise that Russia, too, is not immune to the consequences of proliferation.  Once that happens – and I hope that it won't take long – Russia will consider NATO's offer.  And our ongoing cooperation with Russia on tactical missile defence could then be expanded to include the strategic level as well.

In other words, we have moved the issue of missile defence out of the abstract ideological debate and into the real world.  And this is where it belongs:  In a world where fanaticism and technological progress can confront us with challenges of unprecedented magnitude, missile defence is an expression of our political will to defend our vital strategic interests; of our moral responsibility to protect our populations; and of our conviction that collective defence in the Alliance remains the best way to safeguard the security of future generations.  I thank you very much for your attention. 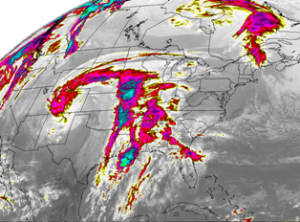 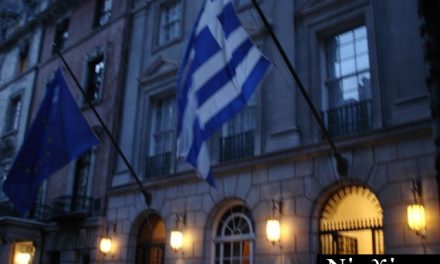 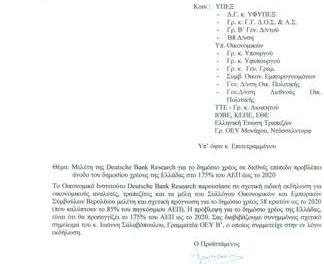