Turkish-American groups are making a bid to expand their political influence in the United States, expressly aiming to counter the considerable sway of their Armenian American rivals on Capitol Hill.  The coordinated effort includes strengthening Turkish-American grassroots organizations, improving relations with elected officials and the media and legal defense of those who advocate pro-Turkey positions. Representatives of several Turkish groups described the long-term strategy at the American Turkish Council's Conference on U.S. Turkish Relations, at an April 14 session called "Empowering the Turkish-American Community."

The representatives repeatedly stressed their intention to put forth a positive vision of Turkey, rather than in taking adversarial positions. But the effort is geared toward advancing the Turkish interpretation of the 1915 massacre of Armenians in the Ottoman Empire, which Armenians and most historians call genocide but which Turks call regrettable deaths in a messy war. [For background see the Eurasia Insight archive].

"Our cause is not anti-Armenian, or anti-Greek, anti-Bulgarian or anti-Arab. It's to try to create a balance on issues that impact Turkey, Greece, Armenia and other countries in the Caucasus and Middle East," said Lincoln McCurdy, president of the Turkish Coalition of America.
The goal, said Nurten Ural, president of the Assembly of Turkish American Organizations, is to strengthen the Turkish position ahead of the 100th anniversary of the 1915 events.
The issue of the Armenian genocide comes up every year before Congress, as pro-Armenia members of Congress try to pass a resolution officially recognizing the genocide. But while Armenians rely on their large and well-organized diaspora in the United States to advance their agenda, Turks have relied on high-priced lobbyists hired by Ankara, and on the Pentagon, which maintains a longtime military alliance with Turkey.

Turks in America are significantly outnumbered by Armenians: according to Kaya Boztepe, president of the Federation of Turkish American Associations, there are 1.5 million Armenian-Americans and about 450,000 Turkish-Americans. But there are also 450,000 Azerbaijani-Americans and 935,000 Americans of Azeri Iranian descent, along with smaller numbers of related groups like Uzbeks and Tatars, he said. "Sometimes people say 'there are so many people fighting against us.' There are 1.5 million Armenians, mostly in California. But less than half are really dedicated, less than half of that really follow up and only 50,000 of them make donations," he said.

The presence of several veterans of pro-Turkey lobbying, however, suggests that at least so far the effort is somewhat more top-down than grassroots. McCurdy, a former US diplomat, is the former president and CEO of the American-Turkish Council, a group of heavyweight US and Turkish government and business leaders. Lydia Borland, who is helping the Turkish-American groups improve their relations with members of Congress, is currently on the council's executive committee, and was until last year a registered lobbyist for the Turkish-US Business Council, according to Senate records.

"The biggest bar for Turkish Americans is the belief that they can't make a difference," Borland said at the conference.
The Assembly of Turkish American Associations is holding seminars across the country for Turkish-Americans to learn about how to make their case to politicians, the media and the public. So far, the assembly has held 19 seminars and is planning 11 more.

The goal is to foster a "Turkish-American community who is confident in themselves, assertive in public education and advocacy and comfortable with confrontation," said Nurten Ural, the assembly's president.
The last 18 months have seen the formation of the first two Turkish-American political action committees, which raise money for pro-Turkey politicians. Since January of 2007 the two committees – Turkish Coalition USA PAC and Turkish-American Heritage PAC – have raised $660,000 for congressional candidates, said McCurdy, who is also the treasurer of Turkish Coalition USA PAC.

The groups are also trying to get a Turkish-American elected to Congress. "We have to get a Turk in Congress – actually two, a Democrat and a Republican," McCurdy said. "I'm confident we're going to see that in two years."
In the meantime, Turkish groups have managed to increase the numbers in the Congressional Turkish Caucus; the caucus now numbers 77 members, having added 15 members just since the 2006 elections.

Turkish lobbying groups have specifically targeted black members of Congress. Twelve members of the Congressional Black Caucus are also in the Turkish Caucus, according to Lydia Borland.

Turkish groups are also looking to form alliances with other ethnic groups in the United States, in particular Bosnian Muslims, Macedonians and Albanians. "We believe there is a special bond to be created with communities with which Turkey shares a historical relationship and a cultural affinity," said Guler Koknar, vice president of the Turkish Coalition of America, which provides scholarships targeted to university students in each of those groups to study abroad in Turkey.
The TCA is also targeting scholarships to U.S. minorities. It provides a $2,000 travel grant for any African-American college student who wants to study in Turkey. "This is the most underprivileged, underrepresented groups of study abroad students, and we think it's a shame that it is so. As you know, the African-American community is on the rise, its place in this society is growing by leaps and bounds and its effectiveness, too," Koknar said. That program has been so successful that it is being expanded to include Hispanic Americans and Native Americans, Koknar said.

Editor's Note: Joshua Kucera is a Washington, DC,-based freelance writer who specializes in security issues in Central Asia, the Caucasus and the Middle East. 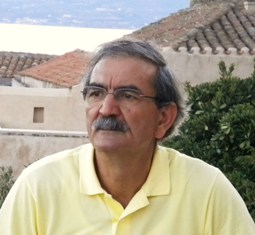 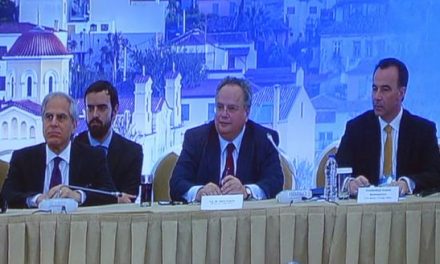 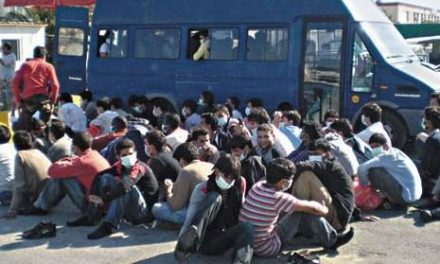 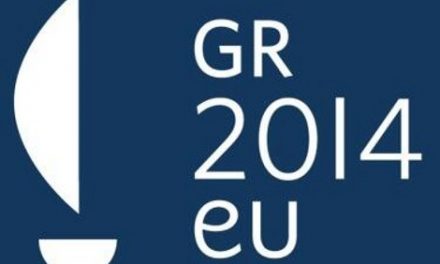