New York, NY-In February 1943 at the height the Second World War, the Greek "Government in Exile," sought help from the U.S. military in support of the Greek Resistance against the German Occupation.  The Office of Strategic Services (O.S.S., forerunner of the CIA) formed top-secret Greek Operations Groups (OGs) from the 122nd Infantry Battalion ("Greek Battalion") at Camp Carson, CO.

After additional rigorous training in Chevy Chase, Maryland, and rural Pennsylvania, the nearly 200,  mostly Greek-born and Greek-American soldiers and officers were eager to begin their secret mission undeterred by advanced warning that most would not likely survive fighting behind enemy lines.  Chosen for their fluency or near fluency in Greek, their fitness to endure rugged service in the Greek mountains and their motivation to oust the German occupiers from the land of their ancestors, eight Greek OGs were formed.

From April to September 1944, these teams were inserted into Nazi Occupied Greece to work with the Greek Resistance (Andartes) in fighting occupying forces. An important objective was to harass and slow down the German withdrawal, and kill and wound Germans and destroy their equipment, to reduce their effectiveness in the defense of Germany.

The story of the Greek-American OGs was highly classified  for more than 40 years.  The full story of these soldiers and their accomplishments was unknown even to the surviving participants.  Most  went on to other assignments in Europe and Asia. They returned home never knowing the enormous impact their mission had on events in Greece.  Most never spoke of their experience with the O.S.S for many years, even to their families. Sixty-four years later, Greek Operations Group II, will be honored at a ceremony in Astoria on Sunday, May 18, 2008.

Many years after the War, Capt. John Giannaris recommended his men for an award for their service in Greece.  The Defense Department agreed to the Bronze Star Medal for each and a search began for survivors of OG II and descendents of the deceased. Only one enlisted man survives; During the ceremony,  the Medal will be presented to Alekos Orkoulas of Blauvelt, NY, by Capt. Giannaris, now a resident of Chicago, and to descendents of deceased members of OG II who reside in or near New York City – Gus L. Palans, Spiros T. Tafamblas and Peter M. Moshopoulos, James K. Alexatos, George S. Tiniakos & Steve P. Marthiakes.

The Greek-American Community in metropolitan New York, members of the OSS Society, families of OG II members and others, will honor them in this special ceremony to be held in Astoria, Queens, May 18, 2008 at 2:00 p.m.

The Awards Ceremony will begin with remarks by Steve Statharos, Esq. member of the O.S.S. Society and Event Co-Chair followed by screening of a short, documentary film about the Greek Operational Groups recently produced by The American Hellenic Institute Foundation. Capt. Giannaris will then present the Bronze Star Medals.  A reception will follow the Ceremony.

The search for descendants of other members of OG II continues by historian Robert E. Perdue, Jr., and Steven Statharos. Dr. Perdue has located other families in Alabama, Maryland, New Jersey and Pennsylvania.

Place: The Federation of Hellenic Societies of Greater New York

For Press and Public Information

The Federation of Hellenic Societies of Greater New York

For More Information on WWII, the OSS and the Greek Operational Groups 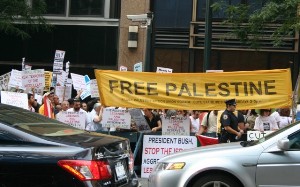 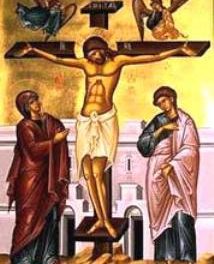