“All Turkish Forces Must Leave Cyprus”

No sooner were the Israeli occupation forces withdrawn from Lebanon in the year 2000 and after 18 years of occupation, when a Committee was established in Washington with the strategic goal of forcing Syria to withdraw its forces from Lebanon as well. The Syrian occupation of Lebanon and her subsequent pervasive interferences in Lebanese affairs had began a quarter – century earlier, in 1975, and by 2000 it displayed all signs of a permanent and irreversible occupation. One of the most salient characteristics of the Syrian occupation had been the subjugation of Lebanon's institutions. In one particular case this    led to the "naturalization", as Lebanese citizens, of around 300,000 people, two-third of which were Syrian Muslims. At the same time indigenous Lebanese, the majority of them Christians, left Lebanon in search of security and employment. Their departure together with the "naturalization" of the Syrians, raptured the politically sensitive ethnographic composition of Lebanon which had in the past "guaranteed" a fragile peace in the country. It should be noted and emphasized here that Damascus never reconciled  itself with Lebanon's independence, established in 1943, and has been treating it as one of its provinces.

The Washington Committee commenced an international campaign under the policy banner "All Syrian Forces Must Leave Lebanon". A lobby, made up of prominent American academics, businessmen, retired generals politicians and Congressmen, was set up with the expressed aim of persuading the  U.S executive to abandon its compliant attitude and tolerance of Syria's occupation, carried on the dubious grounds that Syria was a "pacifier" in Lebanon and a potential US/Israeli "partner of peace and stability" in the region. The Committee argued that the US should adopt, instead, a policy premised on "All Syrian Forces Must Leave Lebanon". In order to complement and strengthen their main objective of altering the Administration's policy of catering to the despotic authoritarianism of the Syrian regime, the Committee organized seminars, academic conferences, and even sent delegations to Brussels, London, Paris and Jerusalem to  persuade the governments there to their way of thinking.

The U.S government, it should said, had been going through the motions, asserting that it supported "the sovereignty independence, and territorial integrity of Lebanon". On occasion this much-repeated mantra went as far as including bolder statements about the withdrawal of all foreign forces from Lebanon. But at no time did US policy become action oriented. On the contrary its policies acquiesced to the continued Syrian occupation and ascendancy in Lebanon.

But we now have it on very good authority that by early 2003 Washington was turned around by the dedicated lobbying of the pro-Lebanese group and adopted the banner "All Syrian Forces Must Leave Lebanon", as US policy. Our source is Chile's envoy to the UN in 2003 who has just published his memoirs, "A Solitary War: in Diplomatic Chronicle of the Iraq War and its Lessons". In it he vividly writes of the Bush administrations: threats and bullying tactics against friends and foes in order to line up support for its imminent invasion of Iraq. And the position that "All Syrian Forces Must Leave Lebanon" was integral to the US war strategy.

As it turned out the implementation of Washington's new Lebanese policy was delayed by a couple of years. But it did come about in 2005. The murder of the Lebanese Prime Minister Hariri, attributed to Syria, serve us a convenient excuse but it was not the reason. The reason had been the shift in US policy brought about by a dedicated group that worked incessantly and efficiently  from 2000-2005.

The crowning moment for this policy came in early May this year with the statement by US Secretary Rice that went over Reuters in a dispatch from Dubai on May 5. Commenting on stories about a possible peace agreement between Israel and Lebanon that could bring the now half century Israeli occupation of Syria's Golan Heights to an end, the honorable Secretary made the following linkage: "What should not happen is that we talk to Syria about peace ignoring Lebanon. The Syrians should demarcate their border with Lebanon … and send an ambassador to Lebanon and stop dealing with it as a Syrian province". And she went on to add that "the problem is that Syria is yet to show a desire for Middle East peace especially vis-à-vis Lebanon".

Peace is indivisible as Secretary Rice pronounced only too well. And the fundamental issue of the three and a half decade Turkish occupation of Cyprus must be brought to the foreground and codified under the policy banner "All Turkish Forces Must Leave Cyprus".

The new Christofia's government can not adopt such a policy since it has already hamstring itself with its own rhetoric. But neither could Papadopoulos government for that matter. Successive Cypriot governments, starting with that of George Vassiliou, have been conditioned to believe that it cannot be done alone, that all Turkish forces cannot leave Cyprus. And yet it can be done and the Lebanese example is just one. History is replete with examples, if one cares to know and  learn.

In the case of Cyprus all it needs is some dedicated people organized without the corruptive input of bogus and penetrated front groups, some but not a lot of money, a simple strategic plan and the policy banner "All Turkish Forces Must Leave Cyprus". 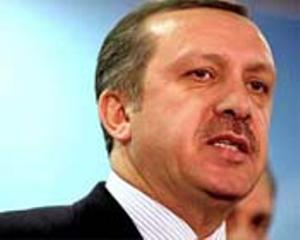 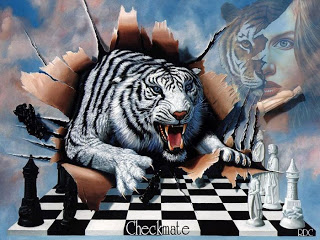