"We must challenge the status quo with coalition building, media attention, and bold public action to make the world aware of our suffering" -CANA Press Officer, Nikolaos Taneris

NEW YORK-The Cyprus Action Network of America (CANA) stressed the need to focus on gaining media attention, and on printing Pontian Genocide scholarship in the English language with the overall goal of an all out effort to engage the Diaspora in advocacy for worldwide recognition of the Genocide of Asia Minor and Pontus, during the initial Catastrophe in Asia Minor and Pontus conference, held in Chicago from May 9-10.

CANA Press Officer Nikolaos Taneris, in his remarks, to the opening session of the conference, attended by the top scholars and community leaders on the Pontian Question from throughout the Diaspora, emphasized "the need to mobilize and inspire a new generation to work to gain influence in  political spheres , to build an assertive identity that will challenge our opponents"  , Taneris added "We must challenge the status quo with coalition building, media attention, and bold public action to make the world aware of our suffering"

In closing remarks Taneris achieved a consensus amongst some panelists for the need for scholarship in English, in particular, the importance of releasing Pontian Genocide scholarship in English,  so  Academics, and educators  can understand and carry our message, as can the non-Hellenic press, which are most important in advancing our cause.

Participating in the conference, which featured remarks from a wide range of Hellenic organizations, was Dr. Theofanis Stavrou the professor of history at University of Minnesota and founding editor of Modern Greek Studies Yearbook. He is also the general editor of Nostos, A series of monographs in modern Greek history and culture. Dr. Stavrou was born in Dhiorios in Kyrenia, and emphasized his own personal familiarity of displacement, from his tragic first-hand experiences with the criminal Turkish military- invasion of our Cyprus homeland. The experiences of Cyprus brought him to the scholarship on the Pontian Genocide, which includes a soon to be released review of Pontian Genocide scholar Fotiades' work.

Other participants were Dr. Harry Psomiades the professor emeritus of political science at Queens College, and founder and director of the Queens College center for Byzantine and Modern Greek Studies from 1974-2004, Dr. William H. Samonides a Harvard University scholar and PHD who has devoted himself to the reconstruction of the Pontian Hellenic community in his hometown of Canton, Ohio. Professor Ellene S. Phufas of SUNY-Erie Community College, who is a second-generation Arcadian Hellene, presented on the realities of Greek to English translation, Prof. Phufas has completed the translation from Greek to English of NOUMERO 31328: THE BOOK OF SLAVERY a memoir by Asia  Minor Genocide survivor Ilias Venezis.

Michalis Charalambidis, member of the executive Committee of the International League for the Rights and Liberations of People, renowned Hellenic politician and intellectual, was denied entry to the US at the airport in Chicago, on the Tuesday before the conference. Reportedly, Charalambidis has a proper visa and for , as yet, unexplained reasons was denied entry, some speculation was raised that this may be the result of a Turkish smear campaign targeting Charalambidis for his advocacy for Genocide awareness, which the Turkish government denies. If these speculations prove to be true, they would symbolize a serious breach of intellectual freedom, if the US did indeed bow to Turkey's Genocide denial campaign, by not allowing this conference participant into the US.

George Shirinian, the Executive Director of the International Institute for Genocide and Human Rights Studies, a division of the Zoryan Institute, provided expert advice and commentary on the practical needs and efforts of a serious academic institute devoted to research, publication and education in the fields of Genocide Studies and Diaspora Studies. A major overall goal of this initial conference is the founding of serious academic institute devoted to Pontus and Asia Minor Genocide, in the Diaspora.

CANA invites Hellenes, in the homeland and throughout the Diaspora, to share their views regarding these remarks by writing to cana@cyprusactionnetwork.org 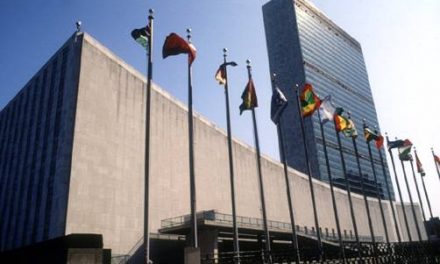