The NATO Science for Peace and Security  Programme celebrated today in the capital city of Baku the destruction of all remaining stocks of mélange rocket fuel in Azerbaijan.

Through a NATO Science for Peace project, about 1300 tonnes of highly toxic corrosive material have been destroyed. All stocks of mélange rocket-fuel that had been stored in Azerbaijan since the Soviet period have now been converted into a non-hazardous, low-grade fertilizer material, using an environmentally safe chemical process.

In a ceremony at the Azerbaijan Academy of Sciences in Baku, the NATO Assistant Secretary General for Public Diplomacy, Mr. Jean-Francois Bureau said:   "The completion of this project with Azerbaijan is an excellent example of the Alliance's co-operation with Partners in non-military fields. Through this NATO Science for Peace project,  all the remnants  of this dangerous substance have been destroyed and now no longer represent a threat to the local population and the environment."

The NATO Science for Peace project was conducted with the use of a mobile conversion plant operated by NAMSA, the NATO Maintenance and Supply Agency.  The project was managed by the Azerbaijan Ministry of Defence and the Azerbaijan National Academy of Sciences. The government of Azerbaijan supported the project by supplying the necessary infrastructure, consumables and logistic support.  The NATO Science for Peace and Security Programme invested 2,200,000 € for the construction, transport and assembly of the plant,  as well as for technical personnel.

The NATO  Science for Peace conversion plant for rocket fuel was launched in July 2006 in the city of Alat, where 950 tonnes of mélange were stored.  In the autumn of 2007, the conversion of mélange in Alat was completed and the plant was moved to the city of Mengichevir, where another 350 tonnes have been converted into fertilizer material.

The technology used in the project will be used in other countries with large stocks of mélange rocket fuel.  As a follow-up of the conversion project in  Azerbaijan, the  NATO Science for Peace  conversion plant will be moved in the coming weeks to Uzbekistan,  where another 1,100 tonnes of mélange  need to be destroyed.   In coooperation with the Ministry of Defence of Uzbekistan, the  Science for Peace and Security Programme plans to start a new mélange destruction  project in  the autumn of 2008 in the city of Aqtash in the Samarkand Region. 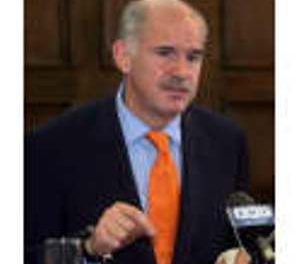