Eissenstat: “Slouching Towards Disaster in Turkey”

By Howard Eissenstat writes from Istanbul:

Slouching Towards Disaster in Turkey

Walking the streets of Istanbul these days, you would not know that the country is facing a crisis of historic proportions. Café life remains lively, tourists continue to enjoy the beauties of the city, and conversations are centered primarily on Turkey's dramatic advancement, cut short Wednesday evening, in the European Cup.

Admittedly, some attention is paid to the conflict between the ruling Justice and Development Party (AKP) and the Kemalist establishment, primarily based in the courts and in the military. A recent article by the newspaper, Taraf, caused quite a stir when it published leaked documents outlining the military's strategy for maintaining popular support in the on-going conflict with AKP. But the common wisdom here is that, even if, as seems likely, the Justice and Development Party is closed, the basic outlines of Turkish politics will remain the same. There are reasons to believe that this assessment is dangerously optimistic.

Even those associated with the AKP seem to view the possibility of a "soft coup" through judicial intervention with considerable sanguinity. They do so for a number of reasons. First, there is a long tradition in Turkey of parties being banned and then sprouting up phoenix-like almost instantly with a new name and a slightly modified profile. The AKP's devout Muslim base and, particularly, its leadership, have experienced two such closures in recent years, each time emerging strengthened by the experience: more sophisticated, better able to reach out to new constituencies, and, eventually, more popular than ever before. The second reason for AKP confidence is based on its pro-Western profile. Unlike previous parties with Islamist roots, the AKP has largely been associated with a "pro-Europe" stance and has worked hard, despite a strong anti-American mood in the country in the wake of the Iraq War, to maintain good relations with the United States. Finally, the AKP looks at its own electoral successes as its real ace in the hole. After all, the last time the military tried to bring the party to bring it to heel, the AKP called a general election in which it was able to win the support of multiple constituencies and which returned it to power with an even larger majority than it had enjoyed before.

Yet, in many respects, the AKP's hand is much weaker than it imagines. The flip side to the ability of Islam-influenced parties, despite the best efforts of the Kemalist establishment, to reincarnate themselves repeatedly is that many in the military establishment have become increasingly frustrated and increasingly determined to root out what they see as "the Islamist threat" once and for all. Foreign intervention is also likely to be limited or weak. With Turkish membership to the EU now seeming a distant and unlikely dream, the European Union's ability to coax greater liberalization in Turkey has diminished dramatically. The U.S., torn between wanting to support the notion of a democratic path for devout Muslims on the one hand, and its long-standing ties to the Turkish military and short-term strategic needs on the other, will almost certainly offer only vague and toothless pronouncements about "process" in the face of the AKP's closure. Finally, the AKP's recent electoral successes will not be easy to repeat. The intensification of violence in the South East and Turkey's cross-border raids into Iraq have soured the relationship between the AKP and many Kurds. An alliance with the militantly nationalist National Movement Party (MHP) won the AKP support for a change in the constitution which would have lifted the ban on headscarves in universities at the cost of a wider program of liberalization (to no effect: the Constitutional Court, in a move that almost certainly exceeded its mandate, overturned the change). Moreover, the AKP's economic successes are looking increasingly fragile as foreign investment slows and the AKP's funds for local improvements dry up. The AKP is still a very popular party; but it doesn't have the wide and diverse base of support that it once enjoyed.

While there is no real question that the army and courts will be able to bring the AKP down, it is less clear what Turkey will look like the day after. A former member of the AKP, Abdüllah Gül will still be president and the party's majority in parliament, slightly weakened by bans and stripped of the AKP label, will continue. Moreover, the long, sad Turkish tradition of stocking state positions with party supporters, or kadrola?ma, honed to a fine art by the AKP, ensures that, regardless of what happens, AKP apparatchiks will retain remarkable power in Turkish life.

Given these limitations, and given the determination of the Kemalists to decisively end what they understand, perhaps too simply, as the "rise of Political Islam" in Turkey, there is every reason to believe that the courts and military will not stop with the AKP's closure, but will engage in a much wider program of rolling back the AKP's gains and regaining control of both the bureaucracy and public discourse. While direct military intervention is by no means inevitable, it is a real possibility. The military well understands the costs of a coup, in terms of its own prestige, in terms of the economy, and in terms of Turkey's standing abroad. But if the military feels that the basic outlines of the secular Republic can be saved in no other way, it may well take the final plunge.

If that were not a scary enough possibility, there is another one, even more likely. The AKP developed as a "party of the center-right," which convinced its devout Sunni base that the best hope for obtaining greater acceptance of religion in the public sphere was through developing a political language that wrapped religious rights into a broader language of liberalization and expanding freedoms. Good government, a more open, tolerant society, and an expanding economy would allow the secular and the devout to come together under a common program. For a time, it seemed to be working. Now, with the AKP unable to obtain something as fundamental as the right of devout young women to wear headscarves as they go to their university classes and with many of its erstwhile allies deserting it, where are the devout to go? If liberalization and parliamentary democracy cannot deliver on basic issues, Turkey's devout, like its military, may opt for a harder path. 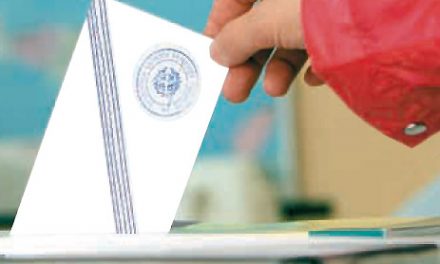 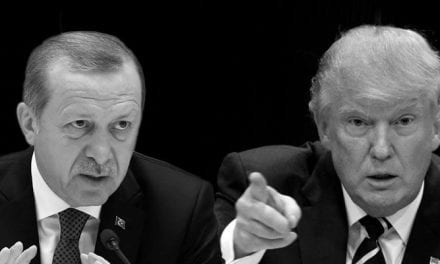 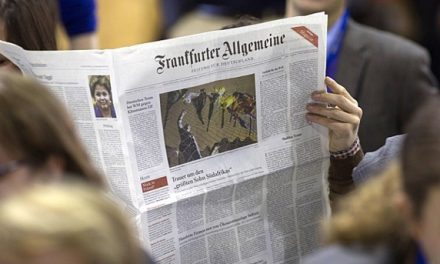