WASHINGTON DC-The Cyprus Action Network of America (CANA) will be picketing outside the Turkish Coalition of America sponsored event celebrating Cyprus invasion denier Congressman Robert Wexler in the DACOR BACON HOUSE in Washington DC, on the evening of Monday, July 14th at 7PM.

Turkey's international industry of denial is financed to the tune of millions of dollars, vomited  up from the stolen lands and thefts of our people, then poured into the coffers of Turkish lobbies such as Turkish Coalition of America, which recently announced the establishment of the "Turkish Anti-Defamation League", that mirrors the paranoia of Ankara's racist anti-Cypriot conspiracies. Its highlights include a call to import Turkey's Cyprus invasion denial into this country with an emphasis on the alleged "political power of Armenians, Greeks, Greek Cypriots, or otherwise."

Former TMT Turkish terrorist leader, Denktash (who ruled the forces that murdered Cypriot demonstrators ISSAK AND SOLOMOU) was one of the Turkish political leaders Wexler met with while visiting illegally Occupied-Cyprus.
The Turkish Congressional Caucus was founded by Wexler, and in the past few months, has ballooned to around eighty members, thanks largely to Wexler.

Wexler's record is abysmal. His staffer flew illegally into the Tymbou airport in Occupied Cyprus in August of 2005 with a Turkish sponsored congressional trip which included pro-Turkish congressman Edward Whitfield (R-KY). The trip ignored international law because the legal entry points of Cyprus are through Nicosia, Paphos, Larnaca, or Limassol.

In a statement prominently displayed on the website of the "Turkish Coalition of America", Congressman Robert Wexler makes public his plans to legitimize Turkey's ongoing, illegal  military-occupation of Cyprus: "We need to, in a very dramatic way, increase America's Turkish Cypriot relations. We should have direct flights, have more economic development, push more recognition of Turkish Cypriot interests in world affairs," says Wexler.

In regards to Turkish atrocities in Cyprus, condemned by numerous UN resolutions, and in violation of all human rights conventions, Congressman Wexler has advanced false historical revisionism to absolve Turkey of any responsibility for its crimes in Cyprus, following one of Wexler's visits to the illegal pseudo-regime in Turkish-occupied Cyprus, Wexler said "Unfortunately, most people of the U.S. don't know anything about Cyprus Those that do will often understand it to be a Turkish attack, and not a response to a historical effort to unify Cyprus with Greece. "  ("The New Anatolian" Turkey's only independent English- language daily, Monday April, 10th 2006)

Wexler never made a clear statement calling for troop reduction in Cyprus, he wrote a letter last year,  that like Turkey, vaguely calls for a solution, or basically, he repeated Turkey's Cyprus invasion denial party line, he wrote ""Troop deployment on Cyprus seems to be disproportional – given the low threat level facing Turkish-Cypriots", Wexler said, adding that ''thirteen
million crossings of the Green Line have occurred without incident''.

If read carefully that letter basically reinforces Turkish arguments that Turkey has "rights" to be there because of a "threat level facing Turkish Cypriots", he's simply saying the threat level is "low", but  hasn't gone away, basically Wexler reiterates the false historical revisionist  "Peace Intervention" argument of Turkey, that argues that Turkish military forces have a "right" to intervene on Cypriot territory because of Turkish claims that Greek Cypriots pose a "danger" or "threat level" to Turkish Cypriots, and is AGAIN Cyprus invasion denying, no surprise, Genocide deniers are also Cyprus invasion deniers.

As the days draw near to the memorial date of July 20th, marking the  Turkish Crime of illegal invasion in Cyprus, we are making a moral call to picket Cyprus invasion deniers, Cyprus Haters, and Turkish revisionist hate groups, –the time has come to draw public attention to Turkey's continuing crimes in Cyprus.

Our picket will also function as a teach-in, hundreds of t-shirts with the slogans, SHAME ON WEXLER! SHAME ON TURKEY! CYPRIOTS WANT THEIR LAND BACK! TURKISH TROOPS OUT OF CYPRUS! , will be distributed to passer-bys and pedestrians, along with our educational pamphlet "Turkish Crimes"

It is imperative for Cypriots to demonstrate courage and picket these Cyprus Haters. Please contact the CANA by email cana@cyprusactionnetwork.org for details. Join the CANA and demand action. And be good, dedicated Cypriots with courage. Spread our message and get involved. 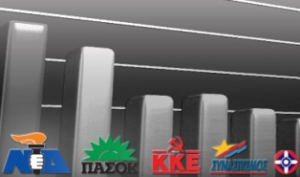 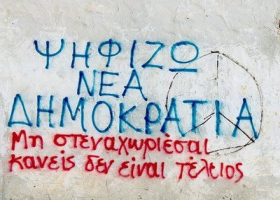