A small group of demonstrators from the Cyprus Action Network of America (CANA), that travelled to Washington DC from New York, stood outside of the Dacor Bacon House in the American capital, where Mr. Wexler presented and discussed and signed his book for whoever bothered to purchase his book. The event was organized by the Anti-Cyprus Turkish lobby.

The head of  CANA was holding in his hands the Byzantine flag, and a placard that  wrote "End Turkish Fascism in Cyprus" and the other demonstrators held placards with slogans writing in English "Turkey is Mass Murder of Cypriots" "Turkey Guilty of  Murder in Cyprus"

"For all those hours that we stood outside the building, the Turks watched us and were very upset by our presence" said Mr. Taneris. "Several times they made obscene gestures at us, because they were bothered that we went there"
"When Mr. Wexler was arriving, surrounded by representatives of the Turkish lobby and had to pass by us to enter the building, he approached the group of Hellenic community demonstrators, some of whom were holding the flags of Greece and Cyprus."

"Mr. Wexler told us he understood that we felt pain for Cyprus and he respected that" said Taneris. "We replied and told him that we have with us victims of Turkey's brutality in Cyprus. We showed him Georgia Maratheftis, whose heritage is from Occupied-Amohosto, she held a placard that wrote that Turkey is Murderer of Cypriots. Her grandmother was killed in the second invasion of Cyprus by Turkey. We also told him that Greek-Cypriots live in his voting district" Mr. Wexler listened to us carefully and told us that he respected that we came. After a few hours he departed from the building and was surrounded by Turkish lobby representatives, he separated from them, and waved goodbye to us. We started shouting chants that the Turkish lobby financiers a Big Lie, it's a denier of Turkey's criminal invasion and Turkish crimes in Cyprus and is only a propaganda organ"

"The Turks called the police, who came only to tell us we have every right to be there" said Taneris.

The organizer of the demonstrators answered to the questions of why they were so few in number. He said that the demonstration was done with only a few days notice and that what was meaningful was that so many took off from work to travel from New York to Washington to demonstrate.

Mr. Taneris has the title "General Secretary" of the CANA organization, his heritage is from Mani in Peloponnesus. One of his grandfathers has heritage from Constantinople, and he is a member of the Lakonian and the Pan Thracian Union of America.

He also told us that he is a writer, and works with Real Estate.

The big demonstration being organized by CANA will take place this Sunday 2-5PM outside of the Turkish Embassy in Washington DC.

Buses will be departing at 8AM the morning of the same day, outside of the STATHAKION CENTER of the Federation of Hellenic Societies of Greater New York, in the Ditmars area of Astoria. 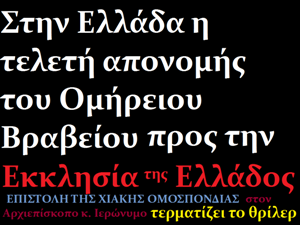