WASHINGTON, DC , July 28, 2008 – An obstacle to the Former Yugoslav Republic of Macedonia (FYROM) name impasse was revealed in a recent State Department letter to Senator Olympia Snowe (R-ME) and in the Congressional testimony of America 's Ambassador-designate to FYROM in response to a question from Senator Bob Menendez (D-NJ).

In both the letter and the testimony, the State Department implied that it views FYROM's concern regarding individuals' claims to portions of family property abandoned in Greece more than half century ago and concern about ethnic expression with comparable gravity to FYROM's irredentism and territorial threats against Greece , according to leaders of the Coordinated Effort of Hellenes (CEH).

In the June 19, 2008 Senate Foreign Relations Committee confirmation hearing of Philip Thomas Reeker to be U.S. Ambassador to FYROM, Senator Menendez asked if "school textbooks and maps [in FYROM] showing parts of Greece belonging to the so-called `greater Macedonia,'" was "an act of good-neighborly relations" by FYROM.  Mr. Reeker responded by saying, "Senator, I have seen reports from both sides in the Greece-Macedonia dispute accusing each other of taking actions or making statements that have inflamed the issue of the name."

In a July 10 letter, Senator Snowe asked Secretary of State Condoleezza Rice to "confirm that the administration will encourage FYROM to stop the utilization of materials that violate provisions of the United Nations-brokered Interim Agreement between FYROM and Greece regarding `hostile activities or propaganda'…"  A State Department official responded by saying in a letter received on July 22 that, "Both sides have accused the other of actions and statements that run contrary to the Interim Accord or otherwise make a solution harder to achieve.  We have pressed the Governments of Macedonia and Greece to intensify their efforts, including with their domestic interest groups, to avoid provocations or other unhelpful actions that might be perceived as harmful to the negotiations…"

"The State Department's unbalanced weighting of Greece's concerns may be an unseen reason that FYROM feels justified in holding so tenaciously to its irredentism – teaching it in state schools, displaying behind their Prime Minister maps showing Greek territory to be their own, and, most importantly, insisting on a name that describes a geographical area most of which is located in Greece," said a CEH spokesperson.

Many members of the U.S. Congress have expressed concern about the gravity of FYROM's irredentism in the modern world.  The Chairmen of both the Senate and House Europe Subcommittees are leading a legislative effort to oppose FYROM's irredentism.  Thus far 120 members of the U.S. House and 9 Senators have cosponsored legislation that urges FYROM to end its implied threats to Greek territory.

"Property and ethnic claims are common throughout the world and, unlike irredentism, alone they do not carry the potential for regional destabilization.  Members of Congress have recognized the gravity of FYROM's irredentist threats in comparison to these property disputes," said a CEH spokesperson.

NATO members made clear that FYROM's membership will not move forward while it insists on a name that describes territory in Greece .  The April 3, 2008 NATO Bucharest Summit Declaration issued by the heads of state and government participating, stated that, "…we agree that an invitation to the Former Yugoslav Republic of Macedonia will be extended as soon as a mutually acceptable solution (to FYROM and Greece) to the name issue has been reached."

"In order to advance FYROM's NATO membership prospects, it is essential that the State Department send a consistent message to FYROM about the unacceptability of its irredentist actions against Greek territory.  Current mixed signals are injurious to FYROM, Greece and U.S. security interests," said a CEH spokesperson. 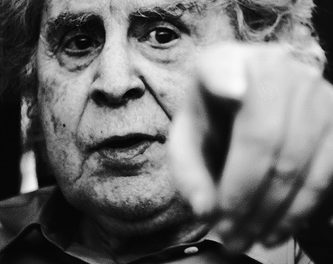 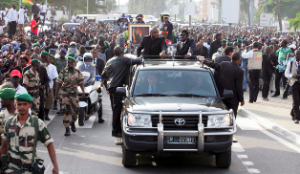