A Non-Profit Organization Registered in the US

associations in the US and abroad

The following letter is in response to the September 3 article, " Georgia looms over Cyprus Talks" (September 3).  Life is not quite as sweet for the Cypriot citizens of the Republic of Cyprus as Mr. Forelle makes it appear. There are over 200,000 Greek Cypriots who were expelled from their homes on racial lines in the aftermath of the dual Turkish invasions of July and August 1974, who are unable

to return to their homes. Furthermore, the European Court on Human Rights recently held Turkey  accountable for the murders of two Greek Cypriot protesters in August 1996. If life in the territories  occupied by Turkey is difficult, it is because of the policies of the Turkish military which has imposed a climate of fear which has led most native born Turkish Cypriots to emigrate. The writer falsely implies that the citizens of the Republic of Cyprus voted against reunification. The  citizens of Cyprus voted in a democratic manner to reject a plan that would have rewarded the Turkish  invasions, and which would have discriminated against Greek Cypriots by denying them such basic  human rights as freedom of movement. Utterly false is the statement by Mr. Forelle that Turkey did  not annex the territories it conquered. Turkey has ruled the occupied Northern territories as a defacto  part of Turkey proper. It has imported over 100,000 settlers from Turkey into homes that are legally  owned by Greek Cypriot refugees.

The notorious destruction of over five hundred Greek Orthodox Churches of immense spiritual and  historic value by the representatives of the Turkish occupation prove false the alleged claims of Mr. Forelle. The writer concludes with a historic recollection of events in Cyprus that are out of context.

In 1955, the Ankara government founded a party " Cyprus is Turkish" that demanded the whole of Cyprus irrespective of the fact that Greeks made up four fifths of the Cypriot population. This political party, with the backing of the Turkish government instigated a pogrom against the Greek minority of Constantinople .

The dual assault against Greeks in both Cyprus and Turkey proper affirm the racism of the Turkish State toward Greeks in general, and its expansionistic designs toward Cyprus which continues to suffer the  effects of Turkish military aggression and ethnic cleansing.

BRUSSELS — Thirty-four years after the Turkish military first occupied northern Cyprus , leaders from the two sides of the island will meet for a fresh round of talks aimed at reunification.

The talks that begin Wednesday are expected to go on for months, and success is far from assured. But that they are taking place at all offers an important lesson for two other separatist territories that recently welcomed a neighboring military — South Ossetia and Abkhazia in Georgia — analysts say.

The lesson: Even with recognition, military protection and passports from the dominant local power, life in a republic that is recognized by nobody else isn't so sweet.

Turkey has given northern Cyprus hefty financial aid, but decades of economic and social isolation have worn down the Turkish Cypriots. They have lagged behind while their Greek Cypriot counterparts bounded ahead into the prosperity of the European Union.

Turkish Cypriot gross national product per capita is about half the $27,400 of the south, according to the two sides' figures. By 2004, Turkish Cypriots voted in a referendum to reunify under a United Nations plan, only for voters in the south to reject the terms. Out of the island's total population of around a million, 260,000 live in the north.

To be sure, there are important differences between Georgia 's separatist territories and northern Cyprus . For one thing, no water separates Abkhazia and South Ossetia from Russia , making them potentially easier to integrate. Cyprus enjoys the pull of EU membership, something Georgia aspires to but is unlikely to achieve anytime soon.

Just as important, Turkey never attempted to annex the Turkish Republic of Northern Cyprus . That is in part because Turkey is a member of the same military alliance — the North Atlantic Treaty Organization — as Greece , and because Turkey itself wants to join the EU. Russia faces none of these constraints. Many analysts believe Moscow will, de jure or de facto, absorb South Ossetia and Abkhazia, despite denials that it has any such intention.

Still, the parallel is hardly far-fetched. In a recent interview, Georgian President Mikheil Saakashvili said Russian leader Vladimir Putin "mentioned to me in November 2006 the possibility" of turning the separatist regions into northern Cyprus — in other words, occupied territories. The Kremlin hasn't acknowledged that claim, but Russian analysts frequently draw the link. Last week, the Turkish Cypriot government spokesman said Russia 's recognition of the two territories had rewritten the rules of international diplomacy and was a "lesson" Greek Cypriots should take to heart.

"There are striking similarities between what's going on there and here," says Costas Constantinou at the International Peace Research Institute in Cyprus , noting in particular the separation of the local populations along ethnic lines and unilateral recognition following massive military intervention.

Wednesday's talks between Cyprus President Demetris Christofias and Turkish Cypriot leader Mehmet Ali Talat, at the abandoned Nicosia airport inside the United Nations buffer zone, will be the first aimed at resolving Cyprus 's status since the round that led to the failed 2004 referendum. Joint committees have been hammering out differences on smaller topics, with the difficult issues of property restoration, power-sharing and what to do with Turkey 's military on the island still to resolve.

Turkish Cypriots say the main problem driving them to the negotiating table is the isolation that springs from having relations with only one country. To travel, Turkish Cypriots either have to get a Greek Cypriot passport, cross to the Greek side of the island and fly from there, or else go via Turkey .

Goods cost more in the north and exporters face higher costs because everything has to be re-exported via Turkey . The trade imbalance is massive: $81.1 million in exports, $1.45 billion in imports, according to Turkish Cypriot figures.

Trade across the border with Greek Cypriots is generally limited to goods of Turkish Cypriot origin — that is, stuff that didn't come from Turkey . Volumes are tiny, at a few hundred thousand euros a month, according to the Turkish Cypriot Chamber of Commerce. In June, €58,298.81 ($85,151) of building stone, for instance, €8,854.50 in fresh fish.

Isolation is "a major factor," says Emine Erk, a Turkish Cypriot lawyer in the divided capital, Nicosia , who has been active in the peace process. "Who wants to remain outside the international community?"

Reunification would be daunting, however. Cyprus won independence from colonial power Britain in 1960, but the young republic was beset by violence and power-sharing squabbles between Greek and Turkish Cypriots. In 1974, a Greek-backed coup led by forces advocating union with Greece toppled the government. Turkey invaded. The coup fizzled, but the Turkish army remained. 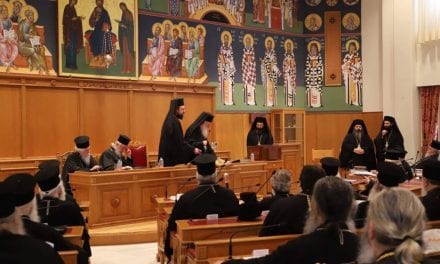 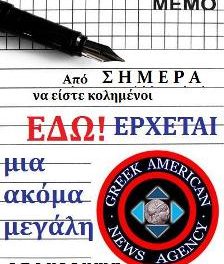 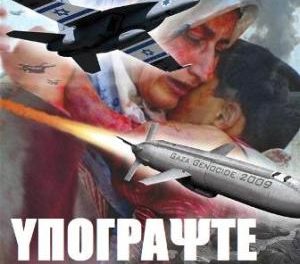