ISLAMABAD, Pakistan – Seven years after 9/11, al Qaida and its allies are gaining ground across the region where the plot was hatched, staging their most lethal attacks yet against NATO forces and posing a growing threat to the U.S.-backed governments in Afghanistan and nuclear-armed Pakistan.

While there have been no new strikes on the U.S. homeland, the Islamic insurrection inspired by Osama bin Laden has claimed thousands of casualties and displaced tens of thousands of people and shows no sign of slackening in the face of history's most powerful military alliance.

The insurgency now stretches from Afghanistan's border with Iran through the southern half of the country. The Taliban now are able to interdict three of the four major highways that connect Kabul, the capital, to the rest of the country.

"I am not convinced we are winning it in Afghanistan," Adm. Michael Mullen, the chairman of the Joint Chiefs of Staff, conceded before a congressional committee on Tuesday.

Experts inside and outside the U.S. government agreed that a key reason for the resurgence is a growing popular sympathy for the militants because an over-reliance on the use of force, especially airpower, by NATO has killed hundreds of civilians.

On Wednesday, Pakistan's military chief, Gen. Ashfaq Kayani, warned that cross-border U.S. missile strikes and commando raids no longer will be tolerated. "The sovereignty and territorial integrity of the country will be defended at all cost," he said.

Mullen said he is examining "a new, more comprehensive strategy for the region," an acknowledgement that the current approach lacks coordinated reconstruction and humanitarian programs.

"We cannot kill our way to victory," said Mullen, who warned that the U.S. and its allies "are running out of time."

White House spokeswoman Dana Perino said that efforts to capture or kill bin Laden haven't been without "ups and downs." But, she added, the failure to find him says "a lot about the geography . . . where al Qaida decides to hide. And as the president says, Osama bin Laden is not out there leading any parades."

Al Qaida and the Taliban – the Islamist militia that harbored bin Laden while it ruled Afghanistan – were quickly defeated by U.S. airstrikes and opposition forces directed by CIA officers and U.S. commandos after the Sept. 11, 2001, attacks.

But many extremists fled and regrouped in Pakistan's remote tribal region, in part because Bush declined to use U.S. troops to block escape routes and began diverting resources for the 2003 invasion of Iraq.

Afghans have voted since then in democratic elections, enjoyed greater rights than ever before, and seen the construction of schools, clinics, roads and other infrastructure with billions of dollars in international aid.

The U.S. and its allies have killed and captured thousands of al Qaida and Taliban fighters, including senior and mid-level leaders.

But bin Laden and his inner circle have established new bases inside Pakistan, where they plotted deadly attacks in London and Madrid, and where U.S. intelligence officials say they're plotting new attacks and training recruits. So have Taliban leader Mullah Omar and his lieutenants, who U.S. officials said have been aided by sympathetic Pakistani military and intelligence officers.

With U.S. forces stretched by the war in Iraq, NATO allies unwilling to commit large numbers of soldiers and the Afghan security forces unable to operate independently, U.S. commanders have too few men to contain the revival of the Taliban and its allies.

Though the guerrillas are no match for U.S.-led NATO forces, U.S. commanders are unable to hold areas cleared of insurgents long enough to establish strong Afghan government control and pursue large-scale development programs.

This year the Taliban have carried out their most lethal attacks against foreign troops, launching coordinated strikes in different areas that combine regular attackers and suicide bombers.

The most serious came last month when over a two-day period the insurgents hit a major U.S. base in eastern Afghanistan with at least 10 suicide bombers and a ground force and ambushed a French-Afghan patrol near Kabul. At least 10 elite French paratroopers were killed and 21 injured, the worst loss of NATO troops in a single incident.

Despite killing many more civilians than the allies have, the insurgents are also winning the all important "information war" for the hearts and minds of the region's deeply religious Muslims, U.S. military officials conceded.

The insurgents' sophisticated propaganda machinery exaggerates civilian casualties caused by foreign forces and reinforces perceptions fueled by U.S. abuses against captured detainees that the Bush administration is waging a war against Islam.

Pakistan has seen an explosion in extremist violence following a succession of U.S.-funded offensives against al Qaida and other militants in the tribal region.

The operations fueled the emergence of Pakistani militant groups that banded together into the Taliban Movement of Pakistan, or TTP, which Pakistan's Interior Ministry chief, Rehman Malik, recently conceded is under al Qaida's control.

The TTP has routed Pakistani security forces, imposed strict Islamic law across the tribal region and extended its reach deep into the country through a campaign of intimidation and violence that has claimed thousands of lives, including that of former Prime Minister Benazir Bhutto in December.

"We've eliminated a lot of important players, but all those players have been substituted," said Christine Fair, an analyst at RAND Corp., a U.S. research organization. "Pakistan is far less secure than before the launch of the global war on terrorism. It is unquestionable that we are failing in Afghanistan. The Taliban are expanding with alarming success."

TTP fighters are also crossing to attack U.S. troops in eastern Afghanistan, which has seen a 40 percent rise in violence since last year, according to U.S. commanders.

The insurgents' strategy has two major goals: to erode popular support for the U.S.-backed governments in Islamabad and Kabul and to undermine popular backing in the United States and allied countries for continuing the mission in Afghanistan.

They appear to be succeeding, with recent polls in Britain, France, Holland and Canada showing majorities favoring troop withdrawals.

Canadian Prime Minister Stephen Harper on Wednesday said that Canada would pull its troops out of Afghanistan in 2011. "I don't really think there will be much appetite among Canadians," Harper said. "I don't think even among the armed forces themselves – although they probably wouldn't say so – much appetite to see rotations continuing the way they've been after six years."

(Shah is a McClatchy special correspondent. Landay reported from Washington.) 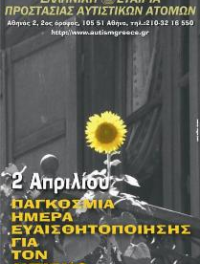