1.       Today Georgia hosted the first meeting of the NATO-Georgia Commission at Ambassadorial level with the participation of the Georgian Prime Minister and the Georgian State Commission on Euro-Atlantic Integration. The decision to establish the NATO-Georgia Commission was taken by Allied Foreign Ministers on 19 August 2008 in light of the recent conflict to supervise the process set in hand at Bucharest and to coordinate measures of support to Georgia as agreed by the Allies. This Commission is inaugurated on the occasion of a two-day consultation, information and outreach visit of the North Atlantic Council to Georgia upon the invitation of the Georgian authorities, to which the Council agreed on 22 April 2008. This first official visit of the North Atlantic Council to Georgia is a demonstration of the importance the Alliance attaches to its partnership with Georgia.  In addition to the meeting of the NATO-Georgia Commission, the North Atlantic Council met with President Saakashvili and members of his cabinet. There will also be meetings with representatives of the Georgian Parliament, the European Union, the OSCE and the United Nations.

2.       Allied Ambassadors reaffirmed support for Georgia's sovereignty and territorial integrity and reaffirmed the statement made by the North Atlantic Council on 27 August, which condemned the decision of the Russian Federation to recognise the independence of the Georgian regions of South Ossetia and Abkhazia, in contravention of fundamental OSCE principles and United Nations Security Council Resolutions, and called upon Russia to reverse its decision as well as the recent steps it has taken in association with its recognition of the Abkhazian and South Ossetian regions of Georgia. Allied Ambassadors reiterated NATO Foreign Ministers' concern that Russia's military action has been disproportionate during the crisis. They repeated the Foreign Ministers' call on Russia to immediately and fully implement the 12 August 2008 six-point plan agreed by Presidents Saakashvili and Medvedev and to withdraw their forces to positions held on 6 August 2008, in accordance with this agreement . Allied Ambassadors called for swift, complete, and good faith implementation of the agreement, including a new international mechanism to monitor respect for these engagements. They welcomed the ongoing international efforts to achieve a peaceful solution to the conflict. In this context, they noted as a positive step the document of 8 September 2008 agreed between European Union leaders and the Presidents of Russia and Georgia, and stressed the need for the agreed measures to be put fully into practice within the stipulated timeframes, as part of the complete implementation of the six-point agreement. Allied Ambassadors also deplored the use of force in the conflict between Georgia and Russia, reaffirmed that there can be no military solution to the unresolved conflicts and reminded all parties that peaceful conflict resolution is a key principle of the Partnership for Peace Framework Document.

3.       During the meeting of the NATO-Georgia Commission, the two sides exchanged views on the situation in Georgia and its implications for Euro-Atlantic security. Allied Ambassadors expressed profound regret for all loss of life, civilian casualties, and damage to civilian infrastructure caused by the conflict in Georgia. They also discussed with the Georgian side measures of concrete support by the Alliance to Georgia, as outlined in the declaration made by NATO Foreign Ministers at their 19 August 2008 meeting.

4.       The Georgian Prime Minister, Mr. Lado Gurgenidze, emphasized that Georgia attaches particular importance to the visit of the North Atlantic Council to Georgia in response to its invitation after the Bucharest Summit, and particularly during this difficult period of time. The Georgian Prime Minister discussed details of the conflict and he stated that a significant part of Georgian territory remains occupied by the Russian Federation. At the same time, the Prime Minister of Georgia underlined that the Georgian Parliament had declared on 28 August 2008 the Russian armed forces currently deployed on the territory of Georgia as occupying military units and the Georgian Regions of Abkhazia and Tskhinvali/South Ossetia as occupied by Russia. The Georgian side strongly condemned Russia's unilateral recognition of the Georgian Regions of Abkhazia and Tskhinvali/South Ossetia which is in grave violation of the fundamental principles and norms of international law. The Georgian side called for an impartial and comprehensive international investigation of the conflict between Georgia and Russia, its genesis, and reports of ethnic cleansing.  The Prime Minister confirmed Georgia's commitments undertaken in the process of mediation by French President Sarkozy, as President of the EU, and reiterated Georgia's gratitude for all international efforts aimed at a peaceful settlement of the conflict, the withdrawal of all forces to their positions held on August 6, and quick agreement to a new international mechanism to monitor compliance, including in both conflict regions, as agreed with European Union leaders. The Prime Minister expressed Georgia's appreciation for NATO's practical assistance to Georgia in a variety of areas. The Prime Minister also welcomed the establishment today and first session of the NATO-Georgia Commission. He expressed the hope that the Commission will assist Georgia to carry forward the process set in hand by NATO at the Bucharest Summit and help accelerate Georgia's Euro-Atlantic integration process. The Georgian Prime Minister welcomed the Alliance's decisions at the NATO Bucharest Summit, including those regarding Georgia's Euro-Atlantic aspirations, and expressed high hopes for a positive decision by the Alliance on Georgia's Membership Action Plan (MAP) application at the NATO Foreign Ministerial meeting in December of this year. The Prime Minister reaffirmed Georgia's commitment to actively pursue the democratic, judicial, economic, and defence reforms.

5.       Allied Ambassadors stressed NATO's determination to continue to assist Georgia in its democratic development and the programme of reforms set out in Georgia's Individual Partnership Action Plan (IPAP) with NATO. They recognised the achievements and welcomed Georgia's efforts in the fields of democratic, judicial, economic, and defence reforms, and stressed the need for Georgia to continue, even under the difficult circumstances it currently faces, to make every effort to deepen reforms and make them irreversible. In this context, Allied Ambassadors welcomed the active use of Intensified Dialogue. Allied Ambassadors encouraged all political forces in Georgia to make every effort to continue building a healthy democratic political culture in the country. They also voiced the Alliance's appreciation of Georgia's contributions to NATO-led operations.

6.       The two sides also exchanged views on the deepening of the NATO-Georgia relationship, as endorsed by Allied Heads of State and Government at the April 2008 NATO Bucharest Summit. Allied Ambassadors recalled the Bucharest Summit Declaration, in which NATO Heads of State and Government: welcomed Georgia's Euro-Atlantic aspirations for membership in NATO; agreed that Georgia will become a member of NATO; agreed that MAP is the next step for Georgia on its direct way to membership; made clear their support for Georgia's application for MAP; agreed to begin a period of intensive engagement at a high political level to address the questions still outstanding pertaining to its MAP application; asked NATO Foreign Ministers to make a first assessment of progress at their December 2008 meeting; and agreed that Foreign Ministers have the authority to decide on the MAP application of Georgia.

7.       Allied Ambassadors are looking forward to carrying out a dialogue with a wide spectrum of civil society in Georgia, and note the important role civil society plays in moving Georgia closer to its goal of Euro-Atlantic integration. Allied Ambassadors will also take part in the opening ceremony of a new Partnership for Peace Trust Fund and they will visit Gori. Ambassadors expressed their thanks for the warm welcome they received from the Government and people of Georgia. 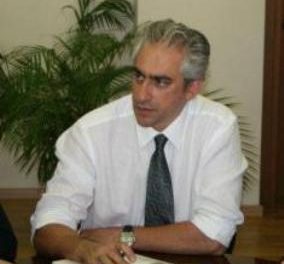