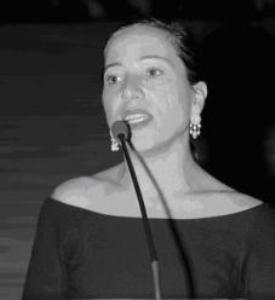 The highest honor a layperson can receive from the Greek Orthodox Church of America, the prestigious Medal of St. Paul, was bestowed on Eleni Tsakopoulos-Kounalakis, church/community leader, philanthropist and President of AKT Development.  It was presented in Washington , D.C. by His Eminence Archbishop Demetrios, Primate of the Greek Orthodox Church in America and Exarch of the Ecumenical Patriarchate, who recently participated in President Barack Obama's Inaugural National Prayer Service. The Archbishop also leads America 's Hellenic community, including at its nearly quarter-of-a-century-old annual White House meeting with Presidents of the United States .

Eleni Tsakopoulos-Kounalakis is one of the few among many distinguished Greek Orthodox Christians in America to have her extraordinary service recognized with this highest honor.  Other distinguished Orthodox Christians include: U.S. Senator Olympia Snowe; numerous members of the U.S. House of Representatives; Chief Washington Correspondent for ABC News George Stephanopoulos; recent U.S. Ambassador to the UN, Director of National Intelligence and Deputy Secretary of State John Negroponte; former U.S. Senator Paul Sarbanes; and former Governor and Presidential nominee Michael Dukakis.

The presentation of the Medal of St. Paul took place when Ms. Tsakopoulos-Kounalakis was in Washington , D.C. for the Inauguration of Barack Obama as the 44th President of the United States .  She and her husband Markos were invited by the Chairman of the Joint Congressional Committee on Inaugural Ceremonies, Senator Dianne Feinstein, to sit on the swearing-in platform during the historic ceremony.  Ms. Tsakopoulos-Kounalakis, who has a close relationship with newly appointed Secretary of State Hillary Clinton, spent a great deal of time in Washington with the Speaker of the U.S. House of Representatives and second in line of Presidential succession, Nancy Pelosi.

Ms. Tsakopoulos-Kounalakis' love of democracy stems from her pride in her Greek-American heritage. She is widely recognized as a leader of the Greek-American community and has established two endowed professorships dedicated to the advancement of the Hellenic ideals of democracy: The Eleni and Markos Tsakopoulos-Kounalakis Chair at Georgetown University in 2006 and the Tsakopoulos-Kounalakis Chair in honor of Constantine Mitsotakis at Stanford University in 2005. She is a member of the Greek Orthodox Archdiocesan Council, and also engages in interfaith work through a decade of service as a trustee to the World Conference of Religions for Peace.

As a leader of one of the most philanthropic families in California , Eleni has made her mark as a political activist and community leader. She has been involved in countless campaigns for good government – supporting causes and candidates across the country. She is a member of the California Democratic Party and a four-time delegate to the Democratic National Convention. She currently holds state appointed positions as a commissioner to First 5 California, and the California Blue Ribbon Commission on Autism, and serves on the policy advisory board for the International Society for Stem Cell Research. In 2005, Eleni was sworn in as a trustee of the San Francisco War Memorial and currently chairs the budget and finance committee.

Eleni is President of AKT Development and AKT Investments Corporation. Born and raised in Sacramento , Eleni earned her BA from Dartmouth College (1989) and an MBA from UC Berkeley (1992). She returned to Sacramento in 1993 to join AKT Development as a project manager. During the next five years she worked her way up through the ranks, ultimately becoming president of AKT Development in 1998, and co-founding AKT Investments with her father Angelo K. Tsakopoulos in 2002. During Eleni's tenure, the AKT companies have grown from a multi-million dollar business, to over a $1 billion enterprise, prompting Sacramento Magazine to name her the region's most powerful woman in 2003. Former California State Treasurer Phil Angelides, quoted in the issue, called Eleni "very smart, very hardworking, very high-energy, and a progressive thinker."

AKT built the first New Urbanist community in California : Laguna West in Elk Grove. As a young intern for the company in the late 1980's, and later as a project manager when it was near completion, Eleni had her earliest experiences on this Peter Calthorpe designed project. Informed by the clear need to improve the livability of suburban communities, Eleni has served as a leader in the evolution of the New Urbanist principles into what we now know as "Smart Growth." She was a participant and signatory of the widely acclaimed Sacramento Water Forum Agreement, a member of the Sacramento East County Open Space committee, and an early participant in the award-winning Sacramento Blue Print Project. She currently serves as a member of the National Forum on Children and Nature, is the President of the Sunridge Conservancy and is a member of Robert Redford's Sundance Preserve, in Sundance , Utah .

Eleni married Markos Kounalakis in 2000 at the Ecumenical Patriarchate in Istanbul , Turkey and their wedding was personally blessed by His All Holiness Ecumenical Patriarch Bartholomew. Markos is a veteran print and network broadcast journalist and author. He is also the Publisher of The Washington Monthly. The couple currently spends time in Sacramento and San Francisco , where their two sons, Neo (7) and Eon (6), attend the Chinese American International School 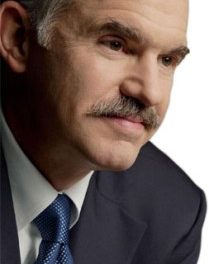 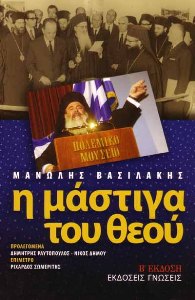