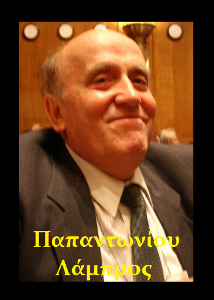 Mr. Papantoniou, known as "Mr. Lambros," was a fixture at State Department briefings. He reported, in his own words, "every day for 38 years." He worked for a variety of publication and broadcast outlets over the years.

Known for his persistent and intricate questions, he was particularly active in posing questions to the State Department on a dispute between Greece and Turkey over an Aegean island called Imia in 1996, a situation in which the Clinton administration eventually intervened to prevent an armed exchange.

Mr. Papantoniou launched his professional career as a journalist in 1975 after the Turkish invasion of Cyprus, specializing in U.S. foreign policy issues in Greece, Turkey, Cyprus and the Balkans. His first job in journalism was in 1975 as Washington correspondent for the Greek American daily newspaper Proini, based in New York.

A native of Mandra Xanthi, a village in Greece's Western Thrace region, Mr. Papantoniou received a degree in international law from Aristotle University in Thessaloniki, Greece, and arrived in the United States in 1973. He completed a master's degree and a law degree from the University of California at Berkeley, where he studied international law and political science.

Mr. Papantoniou had lived in Washington since 1975 and was a member of St. Sophia Greek Orthodox Cathedral. Survivors include three sisters and two brothers. 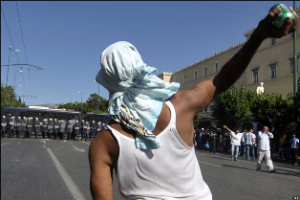