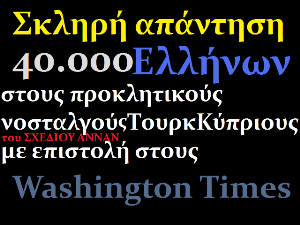 A Non-Profit Organization Registered in the US

associations in the US and abroad

The following letter in response to that of Buket Kop (July 20) misleads the editors of the Washington Times as well as unsuspecting readers. Considering that Mr. Kop uses the illegitimate title given to the Turkish occupation, it is utterly misleading for him to suggest that Turkey wants unity. What Turkey has always wanted in Cyprus was not unity, but conquest at the expense of the Greek Cypriots who always made up eighty percent of the population.

In 1955, the government in Turkey organized a terrorist organization entitled "Cyprus is Turkish" without consideration for the long and historic identity of Cyprus with Hellenism or for the rights and desires of the Greek majority. The problem of Cyprus is not one of unity or disunity, it is one of aggression, territorial conquest, occupation, and colonization. The influx of 100,000 settlers from Turkey into the homes of Greek Cypriots who were ethnically cleansed by the Turkish military is proof positive of Turkish expansionism in Cyprus. Furthermore, the well publicized destruction of over 500 Greek Orthodox Churches by the Turkish occupation is further evidence of the Turkish regime's effort to destroy the heritage of Cyprus along with its territorial integrity and sovereignty.

The rejection of the Annan Plan by the Republic of Cyprus was undertaken because that Plan was the basis of appeasement, and not one of unity. The Plan was rejected both by the internationally recognized President of the Republic of Cyprus who was also democratically elected by Cypriot voters, and rejected in a democratic referendum overwhelmingly by Cypriot citizens in a democratic atmosphere. The alleged referendum in the occupied territories of Cyprus were carried out under the auspices of 30,000 occupation soldiers of the Turkish Army and included the participation of Turkish settlers who are not citizens of Cyprus.

The Turkish occupation of Cyprus is one that is inherently racist, and has imported the policies of Kemalist Turkey which brought about the genocide of Armenian, Assyrian, and Greek Orthodox Christians in Asia Minor. The afore mentioned "Cyprus is Turkish" organization was created in 1955 and was used in the infamous anti-Greek pogrom in Constantinople that year. Henceforth, any objective or informed person understands the true nature of Turkey's occupation of Cyprus.

The article "Cyprus envoy blames division on Turkey" (World, Friday) repeats the same rhetoric we often hear from the Greek Cypriot side regarding the Cyprus issue.

If the Greek Cypriots had accepted the U.N.-sponsored settlement plan in April 2004 instead of rejecting it by a staggering 76 percent of the vote, the island would be united today. Soon after the Greek Cypriot rejection, the U.N. secretary-general himself described it as a "major setback." He went on to say, "What was rejected was the solution itself rather than a mere blueprint." He also asked the Greek Cypriots to reflect on a "bi-communal, bi-zonal federation which means not just two constituent states, but also political equality and the sharing of power." He finally called upon them to demonstrate "not just by word, but by action" if they were ready to share power with the Turkish Cypriots in a federal structure.

Even Nikos Rolandis, a former Greek Cypriot foreign minister, lists 15 occasions when the Greek Cypriot side rejected proposals for a settlement.

Instead of pointing the finger at others, the Greek Cypriot side should display the sincerity and determination that is truly needed to achieve a comprehensive and fair Cyprus settlement.

Letter to the editor(s)

In a Washington Times letter of 20 July the Second Secretary of the Turkish Republic of Northern Cyprus, recognized only by Turkey, BUKET KOP states that it is the Greek Cypriots who refuse to negotiate in good faith.

In an exclusive, "Religious artifacts of Cyprus in great peril," Julia Duin reports that, "Thousands of Orthodox icons, manuscripts, frescoes and mosaics have been looted from churches, chapels and monasteries in northern Cyprus, ending up on international auction blocks, says the document, the result of a lengthy investigation by the Helsinki Commission and titled "Destruction of Cultural Property in the Northern Part of Cyprus and Violations of International Law."

In view of the destruction as listed by the U.S. Helsinki Commission, are we therefore to believe that the Turkish Republic of Northern Cyprus is sincere about finding a peace solution for Cyprus?  I think not.

Furthermore, the Turkish invasion of the island in 1974 resulted in mass displacement, deaths and disappearances among the Greek Cypriots. Some 200,000 Greek Cypriots were forced from their homes and more than 1,600 civilians are still missing and presumed dead, including five Americans.  Many of their Christian churches have been turned into Muslim mosques.  On September 22, 1996, Brian James wrote in Night & Day, a British publication, "Their homes are plundered, their children banished. The Christian Greeks of north Cyprus live in fear of the Muslim Turks. And they blame the British for abandoning them."

As far as the Turkish Republic of Northern Cyprus is concerned, peace can only come when there are no more Greek churches nor monasteries nor any more Greek Cypriots left on the island.

And the Christian world will stand by and watch it happen. 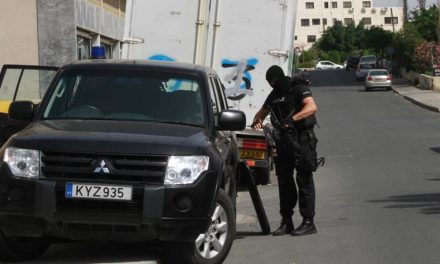 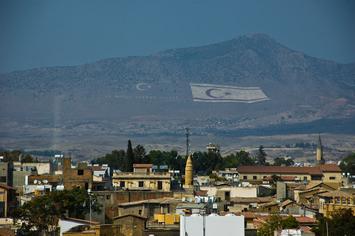 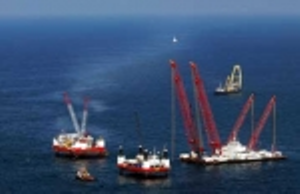