Illegal immigration: A growing issue and the coming debate on Turkey’s role. 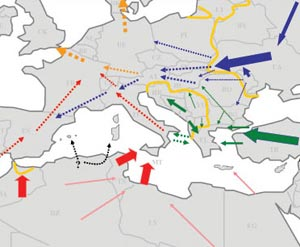 Greece over the past few years has become a source country concerning the entrance of an unspecified amount of illegal immigrants, mostly from Asian and African states, that enter mainly through the Greek-Turkish borders and with the complicity or indifference of the authorities of the neighboring country, despite the bilateral and international agreements that have been sealed for this matter. Already that has become a hot issue within the EU Commission and the Swedish Presidency.

Turkey as a Eurasian crossing

The Turkish authorities have announced from time to time that they expel some 100,000 illegal immigrants from their territory each year, whilst between 1995 and 2005 they managed to expel over 575,000 and arrest 6.100 smugglers.

Even though the flow of people from the East to the West seems unstoppable, and a multi-billion illegal industry has been created, centered on the main metropolitan Turkish centers.

The same criminal groups that are apt into securing great earnings from the modern slave trade, are also involved in the narcotics and arms trade, thus presenting the real magnitude of the threat involved which is the multiplication of organized crime activities and the existence of a multifunctional parallel crime syndicated state in Turkey that is also a threat to Greek and European stability. These entire estimations stream from the international bodies such as the UN and the Europol which are anxious around the evolution of the problem.

The prices for a "Crossing" between the Asian Minor Shore and the Aegean Islands -A few miles apart- costs from 2,000 to 5,000 Dollars and for an illegal route from Turkey to Northern Europe the smugglers demand up to 15,000 USD.

The immigrants from the African countries travel to Smyrna, Istanbul and Mersina through vessels crossing the Mediterranean Sea, whilst Arabs come mostly through the Syrian-Turkish borders. The Asians (Pakistani, Bangladeshi, Kurds, and Afghani) pass through the Iranian-Turkish borders and it has to be noted that both countries do not have a visa regime, although Teheran is accused by the world community as a sponsor of terrorism. Therefore the flow of people from Iran to Turkey is in fact unconstrained and there has not been pressure to Ankara to alter this state of affairs with its neighbor.

Istanbul in particular is the undisputable center where masses of illegal immigrants concentrate before be transported to the West. In the Vefa neighborhood right beside the Süleymaniye Mosque, the Iraqi-Kurdish immigrants gather.
In the Laleli area the most immigrants come from the Caucasus.
In the Aksaray and the Beyazit Meydani regions there are people from all corners of earth pilled in cheap hotels and in the Tarlabasi, African immigrants. In a city of almost 17 million people, it is roughly estimated that between 250,000 & 500,000 of those are illegally residing and waiting mainly to find a way reallocating towards Europe through Greece.

The traffickers are able to issue fake visas and passports along with other necessary travel documents and sometimes they spot potential "clients" in the aforementioned neighborhoods or outside Embassies and Consulates. They charge up to 15,000 USD for a passage to the West that includes mostly transport to Greece or Italy via the Sea routes and with a speedboat or in most cases an old vessel.

In case the "client" cannot pay the full amount, he is basically sold to his future employer, mostly a second-generation immigrant in a European city, where he works until he repays his voyage. Thus London, Paris and Berlin for example have amassed a considerable number of modern day slaves that work for almost nothing, long-hours under conditions of extreme stress and insecurity. Clearly this is an important problem in the urban centers.

At this point it has to be noted that between Middle East, Iran and Greece there is only one country apart and that it Turkey. That is one of the main reasons USA does not lift the visa between Greece and the States because there is a real threat of terrorists, criminals and other traveling through the Atlantic once reaching Greek territory.

As it was mentioned before, that is much easier that originally though, judging by the fact that from Central Asia to the Aegean the border controls are either lax or non existent.

Once reaching Turkish territory the immigrants are literally stashed in old warehouses or decaying apartments and wait for their transfer. In the meantime -a period up to 2 years- they work as underpaid manual workers in the local tourist and industry businesses, thus minimizing labor costs in Turkey.

Greece and Turkey had signed a bilateral agreement concerning organized crime and illegal immigration in 2003 and in 2005, although they have not been practically put into action and most importantly Athens already accuses the other side that it does not conform at all in the obligations written in the official documents, such as re-acceptance of expelled people from Greece that had left previously the Turkish coastline.

Recently the Turkish Ministry of Foreign Affairs, Mr. Davoutoglou recognized officially that Ankara is hesitant in accepting back illegal aliens entering from its territory in the EU. Also, due to Turkey's no-visa regime with Iran, Afghani illegal immigrants find it rather easy venturing through Iran -that has lax controls- up to the Balkans.

Greece is on the front line of the European periphery, meaning its actions have wider ramifications for the overall security architecture of the Continent. Already the EU Commissioner Barrot, the Spanish, German, Italian and the French administrations have recognized the issue and are all assisting Greece through the FRONTEX force, which is a multi-European task force composed of Coast Guard and Police officials that monitors and tracks illegal immigration in the Aegean.

Further, the Swedish Presidency, as the previous Czech has done, is going to elevate the illegal immigration issue as an important one for the European security and call for action to be taken. In late May this year the EU Council confirmed that Turkey's accession process will be also judged on its ability to control the immigration movement that streams in its territory. The EU is willing to assist Turkey in modernizing its border controls and there is currently a process in order to secure Ankara's confirmation upon that.

Greece, along with most European states, realized that the issue of illegal immigration is of a very important nature, just recently and after the Euro-elections on the 7th of June. Since then, deportations of a substantial scale have begun and new security architecture is emerging. Most importantly it was understood in the whole of the EU, that social peace and stability in the Continent depends on how well will this issue will be resolved. Therefore a dialogue of a very important nature has surfaced and it will bear fruits most probably by the end of this year.

Illegal immigration is directly related to social stability & criminal rates, and indirectly with terrorism and organized crime. On a second level, the important factor that that 90% of the newcomers arrive from societies such as Pakistan or Afghanistan that have a complete different makeover on both social and religious norms than Europe; has to be consider because it interacts with geopolitics of a high nature. In sort Europe risks of giving a full credit to the theory of "Eurabia". Certainly this is not a positive prospect for those assessing reality under a sensible and pragmatic prism.

All in all, the next few months will be decisive on how the situation will settle and how the EU will deal with illegal immigration and how the interests involved will be accommodated. One thing that has to be comprehensively understood is that crime networks that profit through the transferring of people and their exploitation, should be disband in an outright and conclusive manner.

The foundation of the European civil society not only expects, but most importantly demands it.
Time will tell if the European leadership was able sense the call of its era. 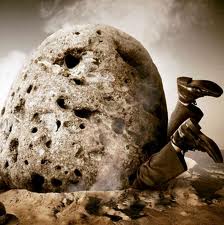 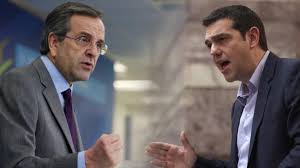 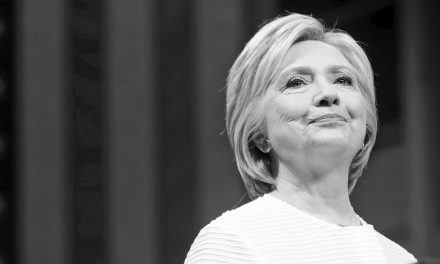