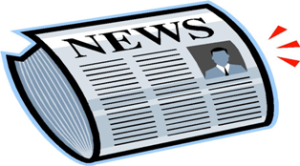 Our Federation has decided to establish annual Shooting Exercises and Games dedicated to Artemis and has committed for the preparation of members engaging in hunting activities, giving them the opportunity to exercise in groups in the use of hunting weapons as well as the cleaning and maintenance of these. Exercises and games will be committed by all hunting organizations of our Federation in the U.S. as well as in Greece and Cyprus for our members and fellow hunters. We are holding the first hunting-shooting games and exercises in America on Sunday, November 8, 2009 at 12.00 noon at the shooting range of Calverton, Long Island, New York.

In Greece and Cyprus the organization of the exercises and games will be planned under the cooperation of the local hunting associations. We issue a call to all Federations and Pan-associations for co patriots and philhellenes to participate in the Games. They may use any legal firearm and they may bring children from 12 years and older. They will have to provide the ammunition and protective gear for the eyes and ears and they should carry their identity card. Participants, who do not have their own weapons, will have the opportunity to work out with ours.  The 'green' Ecumenical Patriarch Bartholomew will be in America from October 20 until November 5, 2009 on a formal visit. Our Federation along with the relevant Commission for the Public Order on behalf of the  Hellenic American National Council HANC, will offer special security procedures for his protection. It has been granted the right to all our members willing to offer their services to call immediately at 917-399-0394 to receive further instructions. Following their social service as members of DEA will be awarded certificate for their experience servicing the Public Order.

The Board appointed Mr. Apostolos Tica, member of the Aris Society of New York, motorbike sports coordinator. Under the title, Mr. Tica will prompt teenagers to the sport in conjunction with the shooting games and he will undertake the organization of a demonstration motorcycle team to present at the parade events of the American community in USA. The Board has also appointed agents of Cultural Events Committee, Ms Catherine Papadea, painter, Mr. Dinos Anagnostopoulos, Dean of Music, choir maestro of the Greek Orthodox Archdiocesan Cathedral of the Holy Trinity in New York and President of company aiming to popularize classical music and theater to New York teenagers, and Ms. Christina Andreou soprano.  The co patriot Alexander Giannoulias, aged 33, who is the youngest Minister of Finance of the State of Illinois, a personal friend of President Obama and has served two years in basketball in Greece, will be a candidate for the Illinois State senator seat. Our co patriot, descents from Sfakia, Crete, from his mother's side and  the ancient Kleitoria, called Mazeika today, from his father's side. Mr. Giannoulias met with the leadership of our Federation during event held at the Cretans' Association ‘The Omonia' in Astoria, New York at the same time had a successful collaboration with them. The shooting club ARIS of New York and the Cretans' Association ‘ The Omonia ", will offer classes for permit possession and carrying of weapons and promised him funds collected will be sent to support his election.

Also has been decided to be held a deliberation in Athens among delegation of our Federation and the qualified committee of the Greek Parliament, to table the bill to allow co patriots active hunters visiting Greece for hunting exercises and shooting competitions have the right to hold weapons in Greece. The successful passing of this bill will be beneficial to the winter season tourism and hunters and shooters will avoid problems experienced under the existing situation.  Our Federation which has continuously given training opportunities to all new hunters for 27 years, on behalf of the State of New York {SEP-NYS-DEC} and has provided them with the right to train for free, in shooting range locations, using firearms and ammunition of the Defense Ministry of the USA {DCM} as well as ammunition bought by our associations and paying large amounts of money to rent the training classes, came into a disagreement with the old and new directorship of the Environmental Conservation and has reached into a decision to interrupt the cooperation since November of 2008.

Our Federation took the historic decision for the upgrade of the SEP in NYS following consultation with the leadership of the Environmental Police, the Government of the State, the Wildlife Director in charge, as well as with the Parliamentary Committee of the House of New York.  Because the courses were taking place in school classrooms should be declared to the National Shooting Education, all the graduate students would be competing to shooting exercises, we were obliged under the law, to forward the students data to CMP-DCM, with the obligatory note (of each student's) social security number, copies from such following were sent to the SEP Administration office in Albany NY.  Because of the training in school locations our Federation had been required to keep up with the federal regulations governing the traffic and possession of firearms in school buildings.

For the fact that we were always in accordance with the education regulations of the Hunting on Service, rigorously, we always had three or five teachers during the course teaching while we had two to six students who were active police officers.   At no time during the course or at the end of the course we used to enroll a member, but we gave the right to those graduates, at the end of the course to enroll and take safe handling pistol courses, under the Law 400 of the State of New York, which requires the instructor to certify that the student has excellent mental health and is not dangerous to themselves and to the community, while paid the amount of $ 50 at the club of the Federation which gave lessons, for the costs of the books and the classroom renting, in turn, granting them free membership and  insurance for any accident, alongside making the statement that they are not members of subversive organizations designed to turn against the U.S. and they had not used drugs or they had not been imprisoned more than a year.

A mandate was given to our President Stylianos Manis and the director of the Federation of Education, Mr. George Manikas, if they fail with the discussions with the State of New York, to go ahead and submit a written complaint at the Federal Bureau of Investigation and the Ministry of Interior of the U.S., which has large amounts of money through the financial aid program hunting culture of the State of New York.   Our members are welcome to attend the public meetings of our administrative councils, which will have a joint meeting in the evening Thursday, November 5, 2009. 8.00 at the ‘Oasis'cafe (196-30 Northern Blvd. Flushing, New York next to St. Nicholas Church)  It has been decided that all Hunting Education Program volunteer Instructors who participated in our programs, attend the meeting  to be informed on the steps taken by the federation to upgrade our service.ransportation directions to Calverton Shooting Range: Long Island Expressway # 485. At exit 71 make right turn, outgoing. This is the local road # 94, which is called Nugent Drive.  ¾ miles on the right side of the street sign is the Calverton Shooting Range. Pay the entrance at the person responsible (usually sits inside his car) park the car and contact Mr. Steven Manners (mobile 917-399-0394) close to the tower management. 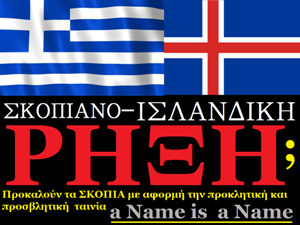 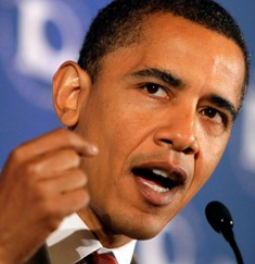