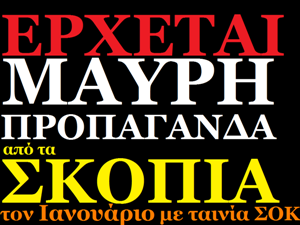 The fourth annual Macedonian Film Festival will open on Thursday, Oct.15, 2009 at the Innis College Town Hall Theatre in Toronto, Ontario.
The three-day festival will screen 12 films that showcase the talent of Macedonian filmmakers and the intrigues of the contemporary and classic Macedonian culture.

This film is not going to solve the name issue, but hopefully it will put a spotlight on the issue.

Sigurjon Einarsson, director of A Name is a Name – Q&A in Nova Makedonija Daily
July 24, 2009

Nobody can dictate your identity and your name except you.

The Macedonians walked out of the NATO summit on Thursday and we can't say we blame them.

Croatia and Albania were granted membership in the western alliance at a leaders' meeting in Bucharest, but Macedonia was barred for an absurd reason: Greece doesn't like its name.

One thing about the Balkans, they have the most esoteric crises. NATO is holding its summit meeting next week, and wants to bring in three Balkan states – Albania, Croatia and Macedonia. But Greece, a NATO member since 1952, is threatening to veto Macedonia's membership over its name.

Interim Accord between the Hellenic Republic and the Republic of Macedonia
UNITED NATIONS, NEW YORK, 13 September 1995

Recalling the principle of the inviolability of frontiers and the territorial integrity of States incorporated in the Final Act of the Conference on Security and Cooperation in Europe, signed in Helsinki,

Bearing in mind the provisions of the Charter of the United Nations and in particular, those referring to the obligation of States to refrain in their international relations from the threat or use of force against the territorial integrity or political independence of any State,

Guided by the spirit and principles of democracy and fundamental freedoms and respect for human rights and dignity, in accordance with the Charter of the United Nations, as well as the Helsinki Final Act, the Charter of Paris for a new Europe and pertinent acts of the Organization for Security and Cooperation in Europe,

Considering their mutual interest in the maintenance of international peace and security, especially in their region, Desiring to confirm the existing frontier between them as an enduring international border, Recalling their obligation not to intervene, on any pretext or in any form, in the internal affairs of the other,  Desiring to develop their mutual relations and to lay firm foundations for a climate of peaceful relations and understanding, Realizing that economic cooperation is an important element for the development of mutual relations on a stable and firm basis, as well as desiring to develop and promote future cooperation.

Desiring to reach certain interim agreements that will provide a basis for negotiating a permanent Accord,

The Security Council,
Having examined the application for admission to the United Nations in document S/25147,
Noting that the applicant fulfils the criteria for membership in the United Nations laid down in Article 4 of the Charter,
Noting however that a difference has arisen over the name of the State, which needs to be resolved in the interest of the maintenance of peaceful and good-neighbourly relations in the region, 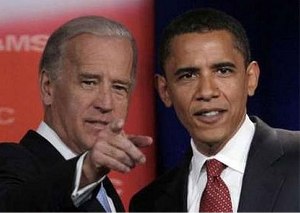