Mr. CARDIN (for himself, Mr. Brownback, Mr. Reid, Mrs. Shaheen, Ms. Snowe, and Mr. Menendez) submitted the following resolution; which was referred to the Committee on Foreign Relations:

Whereas the Ecumenical Patriarchate is an institution with a history spanning 17 centuries, serving as the center of the Orthodox Christian Church throughout the world;

Whereas the Ecumenical Patriarchate sits at the crossroads of East and West, offering a unique perspective on the religions and cultures of the world;

Whereas the title of Ecumenical Patriarch was formally accorded to the Archbishop of Constantinople by a synod convened in Constantinople during the sixth century;

Whereas since November 1991, His All Holiness, Bartholomew I, has served as Archbishop of Constantinople, New Rome and Ecumenical Patriarch;

Whereas Ecumenical Patriarch Bartholomew I was awarded the Congressional Gold Medal in 1997, in recognition of his outstanding and enduring contributions toward religious understanding and peace;

Whereas during the 110th Congress, 75 Senators and the overwhelming majority of members of the Committee on Foreign Affairs of the House of Representatives wrote to President George W. Bush and the Prime Minister of Turkey to express congressional concern, which continues today, regarding the absence of religious freedom for Ecumenical Patriarch Bartholomew I in the areas of church-controlled Patriarchal succession, the confiscation of the vast majority of Patriarchal properties, recognition of the international Ecumenicity of the Patriarchate, and the reopening of the Theological School of Halki;

Whereas the Theological School of Halki, founded in 1844 and located outside Istanbul, Turkey, served as the principal seminary for the Ecumenical Patriarchate until its forcible closure by the Turkish authorities in 1971;

Whereas the alumni of this preeminent educational institution include numerous prominent Orthodox scholars, theologians, priests, bishops, and patriarchs, including Bartholomew I;

Whereas the Republic of Turkey has been a participating state of the Organization for Security and Cooperation in Europe (OSCE) since signing the Helsinki Final Act in 1975;

Whereas in 1989, the OSCE participating states adopted the Vienna Concluding Document, committing to respect the right of religious communities to provide "training of religious personnel in appropriate institutions";

Whereas the continued closure of the Ecumenical Patriarchate's Theological School of Halki has been an ongoing issue of concern for the American people and the United States Congress and has been repeatedly raised by members of the Commission on Security and Cooperation in Europe and by United States delegations to the OSCE's annual Human Dimension Implementation Meeting;

Whereas in his address to the Grand National Assembly of Turkey on April 6, 2009, President Barack Obama said, "Freedom of religion and expression lead to a strong and vibrant civil society that only strengthens the state, which is why steps like reopening Halki Seminary will send such an important signal inside Turkey and beyond.";

Whereas in a welcomed development, the Prime Minister of Turkey, Recep Tayyip Erdoğan, met with the Ecumenical Patriarch on August 15, 2009, and, in an address to a wider gathering of minority religious leaders that day, concluded by stating, "We should not be of those who gather, talk, and disperse. A result should come out of this.";

Whereas during his visit to the United States in November 2009, Ecumenical Patriarch Bartholomew I raised the issue of the continued closure of the Theological School of Halki with President Obama, congressional leaders, and others; and

Whereas Prime Minister Erdoğan is scheduled to make an official visit to Washington, D.C., in early December 2009: Now, therefore, be it

Resolved, That the Senate–

"The Executive and Legislative branches of Washington are still reverberating from Ecumenical Patriarch Bartholomew's extraordinary impact.  We anticipate additional proactive steps to be taken by top U.S. policy makers in the weeks ahead," said Andrew Manatos, Chairman of the 2009 Visit of the Ecumenical Patriarch to Washington, DC and President of CEH. 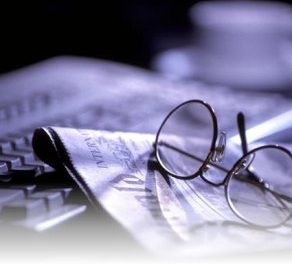 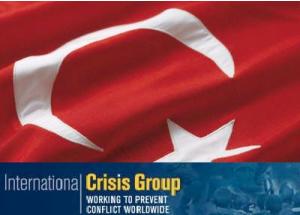