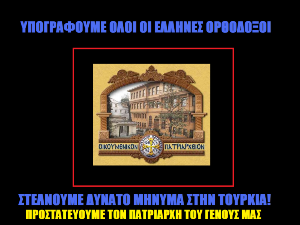 To those who were privileged enough to see the, CBS 60 Minutes story about His All Holiness, Ecumenical Patriarch Bartholomew, that aired on December 20, 2009.

The segment focused on the challenges and struggles His All Holiness faces to sustain the Patriarchate, as well as the sacred early Christian churches and monuments in Turkey, under a government which has continually refused to recognize his title as Ecumenical Patriarch and also legitimize the legal status of the Patriarchate and related Greek properties.  In the words of His All Holiness, Ecumenical Patriarch Bartholomew, the leader of the Greek Orthodox Church and approximately 300 million followers around the world, he and other Greek-Christians living in Turkey, “are treated as second class citizens.”

One of the most compelling and factually important aspects of the segment was the reference to the Prophet Muhammad’s Charter of Privileges to Christians, in his letter to the Monks of St. Catherine Monastery.  In 628 A.D., the Prophet Muhammad granted this Charter of several clauses covering all aspects of human rights and religious tolerance, including the protection of Christians, their freedom of worship and movement, their freedom to appoint their own judges and to own and maintain their property and religious houses of worship, and the right to protection in war. (An English translation of the Prophet Muhammad’s Charter of Privileges, by Dr. A Zahoor and Dr. Z. Haq can be found at http://www.cyberistan.org/islamic/charter1.html)

This televised segment and interview, made it evident that now, more than ever, there is a need for the Turkish government to apply this proclamation in many respects, to how the Patriarch is treated.  Given the unfortunate recurrence of ever increasing threats and restrictions against the Patriarchate, perhaps the Turkish government should pay heed to the Prophet Muhammad’s words, even though they are a secular state, predominantly populated by Muslims.

After all, what the Prophet Muhammad called for in 628 A.D. is a respect for the religious freedom and human rights of all people, an established universal position that has been the foundation for many documents including nationally the United States Constitution and internationally in the Geneva Convention as well as the foundation of many religions around the world.

A Founder of Faith: An Endowment for Orthodoxy and Hellenism

We the undersigned, call for the Turkish government, to take steps to guarantee the recognition, safety, and protection of His All Holiness, Ecumenical Patriarch Bartholomew, the Patriarchate, the Seminary of Halki, and the ethnic minority of Greek Christians living in Turkey: 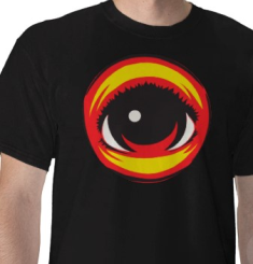