Japan: An Inflationary Spiral Ahead?

by Claus Vogt, Money and Markets

During the past few years you have most likely read about Japan's so-called lost decade or its so-called deflationary malaise. And you may have heard warnings that the Japanese experience might be the dire blueprint for what's to come in the U.S.

Since there are some striking similarities between Japan of the early 1990s and the U.S. today, it's definitely worth the effort to have a closer look at what is going on in Japan – and what is probably going to happen in the U.S.


First, the Similarities Between Japan and the U.S. …

In 1990 a stock market bubble burst in Japan. Two years later an even larger real estate bubble burst. The economy was hit by a recession. Huge monetary and fiscal stimuli were implemented, and government indebtedness went through the roof, rising from 60 percent of GDP to as high as 200 percent, where it stands now.

When we look at the U.S., we see a similar pattern: The U.S. stock market bubble burst in 2000, and the U.S. housing bubble reached its zenith six years later. In each instance a severe recession followed. And both times the government reacted with gigantic monetary and fiscal stimulus. Consequently, government debt is currently at 85 percent of GDP and rising strongly.

Others are looking at the huge money printing going on in the U.S. and the equally huge rise in government indebtedness. They're predicting severe inflation. I'm in this camp, and I expect inflation not only in the U.S., but also in Japan.

Japan: The Deflationary Depression That Wasn't

As you can see in the chart below, throughout most of the lost decade, the Japanese economy grew an average of nearly 2 percent. And inflation as measured by the consumer price index was also mostly up, but generally meandering around the zero percent level.

That's called price stability in my book, and certainly not deflation. And 2 percent real growth is definitely not a catastrophe. If you don't believe this, go to Japan and have a look. You'll see a country with a very high standard of living, with a superb infrastructure and nice and clean cities.

So what's behind the bad press Japan has gotten during the past 15 years?

Maybe the proponents of Japan's deflationary depression story are somehow confusing the economy with the stock market or the real estate market. Both are down tremendously since their respective highs, which may certainly be depressing for investors.

Why There Hasn't
Been Any Inflation … Yet

Despite all the money printing and government stimulus going on in Japan for many years, there hasn't been inflation – until now, that is. Why this confusing anomaly?

Hence Japan did not have to compete internationally to raise capital, thus interest rates not only stayed low but fell ever lower! Yet this convenient arrangement is probably coming to an end soon.

Demographics Are a
Huge Problem in Japan

That's part one of a huge demographic problem. Part two is the population structure …

Japan has the oldest population in the world. The older-than-65 cohort already accounts for 23 percent of total population. In 15 years it will be 30 percent.

This is unbearable for Japan's current social systems. So the government will have to react by raising taxes or taking on more debt – probably both. And herein lies a huge problem …

Japan's Government Pension Investment Fund used to be the largest buyer of Japanese government bonds. However, last year it announced that it would soon become a net seller of government debt to raise the funds necessary to pay out pensions.

This will put upward pressure on interest rates. And rising rates will put additional pressure on the public budget, making even more new debts necessary … a vicious circle indeed.

Why There Will Be
Inflation in the Future

Who will show up to buy this mountain of new debt? International investors?

That's hard to imagine considering all the strongly rising debt issuance going on around the world.

This leaves the central bank … the buyer of last resort. In other words, I expect the monetization of Japanese government debt to begin very soon.

Then the huge inflationary potential that the fiscal and monetary policies of the past have laid will start to unfold. That's why I expect the Japanese inflation rate to shoot to the upside during the coming years.

And I see the same possibility ahead for the U.S. 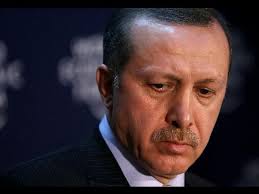 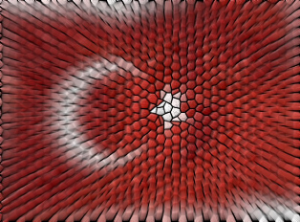