GREEK TRAGEDY: POINT OF NO RETURN?

HEADS OF KEY INTERNATIONAL ECONOMIC INSTITUTIONS including the Organization for Economic Cooperation and Development, the World Trade Organization, the International Labor Organization, the World Bank and the International Monetary Fund (IMF) met with German Chancellor Angela Merkel, European Central Bank (ECB) President Jean-Claude Trichet and German Finance Minister Wolfgang Schaeuble on Wednesday in Berlin. The meeting was crucial for the financially embattled Athens, which — as with every Greek tragedy protagonist before it — no longer has control of its own future, and looked upon the Berlin summit as a meeting of Olympian gods deciding its fate.
It was therefore puzzling that the joint statement following the Berlin meeting did not mention Greece at all, instead touching upon broad subjects ranging from the Doha Development Agenda to the need to fight poverty and climate change. Perhaps in the context of ongoing indecision by the eurozone — and Berlin in particular — to enact a financial aid mechanism for Greece, the lack of clarity from the meeting in Germany should come as no surprise. It continues a trend that started in January of Europe hosting meetings that conclude in statements that are read, filed away and promptly forgotten.

But something else happened on Wednesday that set alarm bells ringing in capitals across the European Union. Credit agency Standard & Poor’s (S&P) downgraded Spain’s sovereign debt rating by one notch to AA. This was the third downgrade by S&P in two days, following Tuesday’s downgrades of Portugal (by two notches) and Greece (by three notches). The downgrades illustrate a clear and firm vote of no confidence by the markets for the economies of Club Med (Greece, Portugal, Spain and Italy), and indicate the risk of contagion from the Greek crisis to other, larger members of the eurozone. Whether the macroeconomic fundamentals of Club Med support such pessimism or not, the perception of the markets has now become the region’s reality. The failure of Germany and the eurozone to nip it in the bud has potentially allowed the Greek imbroglio to blight the whole European project.

“The downgrades illustrate a clear and firm vote of no confidence by the markets for the economies of Greece, Portugal, Spain and Italy, and indicate the risk of contagion from the Greek crisis to other, larger members of the eurozone.”

Let us for a moment consider what contagion from the Greek crisis means for Europe. Greece in and of itself is a tiny segment of the EU economy (accounting for only 2.4 percent of the eurozone economy). If the crisis spreads to Italy and Spain via financial markets’ pessimism, it would engulf the third- and fourth-largest eurozone economies. At that point, a “bailout” of the eurozone would become a task worthy of Homer’s epics.

Dealing with such a dramatic scenario is beyond the powers of the eurozone. To illustrate this point, let’s turn to the example of the U.S. financial sector bailout following the subprime mortgage-induced financial crisis. The United States acted with relative speed –- considering the level of political uncertainty in the midst of a presidential election –- and determination. The resulting bailout packages, capped with the much politicized $700 billion for the Troubled Asset Relief Program, ultimately saw the United States commit up to $13 trillion worth of lending and guarantees for a broad array of financial concerns (of which about $4 trillion was tapped).

But the United States had four factors on its side. First, it has a sole center of political power –- the U.S. federal government –- that allows it to make and implement decisions without consulting other “member states.” Although clearing the hurdle of the U.S. Congress is no small matter, it is nowhere near the task of clearing 16 (and sometimes 27) countries, each with its own legislature and legal challenges. Second, the United States has independent control over its monetary policy through the Federal Reserve, which allows it to address problems with an array of tools. Third, Washington tapped international bond markets to pay for all this debt-financed spending in the midst of a gut-wrenching global recession when every investor (and their proverbial mother) was looking to get out of risky emerging markets into what they perceived as the safety of U.S. Treasury bills. Fourth, the first and second points above allowed the United States to act before the crisis developed into something much worse. While it certainly did not feel like it at the time, the United States had the advantage of time. Its financing issues were not dependent upon the vagaries of international bond traders; Europe’s are.

As a counterexample, the scope of Europe’s problem is far larger, and the tools to address it are lacking.

First, the eurozone has 16 political centers of power, and what agreements they have are based on treaty law. Deviating from that law requires not simply running a bill down to Congress, but submitting it to 16 — and in many cases 27 — different executives and legislatures, and likely a handful of popular referendums as well. Second, the ECB cannot intervene directly in government debt. Sections of the treaties that established the EU simply deny that option to the bank. Third, due to the limitations of the second point above, to pay for the bailout, Europe would need to tap international bond markets — or national taxpayers — when skepticism of the euro is at its highest since its inception, and a recession is stubbornly keeping that skepticism from being dispelled. Nobody is looking to Europe’s bonds as a safe-haven from financial turbulence, and its own people are not exactly cash-rich these days.

Fourth, and most important, the eurozone is acting in an ad hoc fashion as each crisis develops. But the reality is that the crisis is happening at this very moment, and evolving quickly, especially with risks to the rest of Club Med. Furthermore, the sovereign debt crisis is only obfuscating the equally dangerous crisis of Europe’s private financial sector (its banks), which has still not come full circle.

Having ignored the opportunity to enact a “Band-Aid” bailout in February or March — and having no monetary policy capable of directly intervening in the crisis –- Europe is left trying to enact a “shock and awe” bailout of roughly 100-150 billion euros along with the IMF. Shock and awe in that supposedly such a big program would hit those doubting Europe so hard that it would coerce the global system into believing that Europe was just fine. If that does not work, Europe may be forced to consider raising roughly half a trillion euros to rescue the Club Med economies, which we believe will be politically unpalatable and perhaps financially impossible because it would force Germany and other eurozone member states to enact austerity measures Greece has been unable to enact. And in the extraordinarily unlikely circumstance that the Europeans could find that sort of cash, it is worth noting that even 500 billion euros is only about a fifth of the outstanding debt of Club Med — much less of the eurozone as a whole.

With the Spanish — and Portuguese and (another) Greek — downgrade, we firmly believe that Wednesday is the day when it became unavoidable to consider that the eurozone could end as a functional union. At this point, there are too many variables to try to forecast whether markets will indeed be shocked and awed by Europe’s bailout, or what specific route the degradation will take from here. But this remains a central issue. The point is, whether Europe wants to pay for a Greek bailout is now not the question, because the truth is that Europe may no longer be able to come up with the necessary resources to do so. This prompts STRATFOR to ask a new question: Who else might join Greece in default, and how long does the eurozone have before the Fates cut its thread of life? 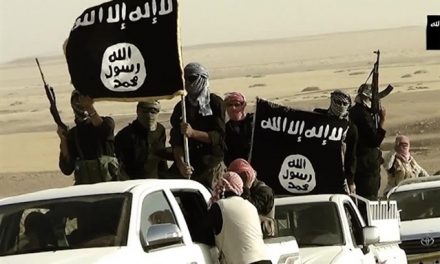 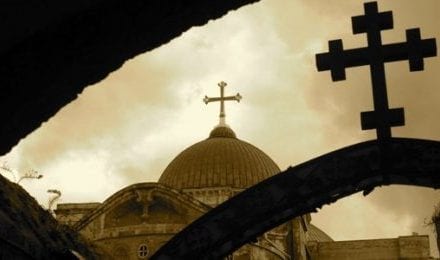 The Annihilation of Iraq’s Christian Minority 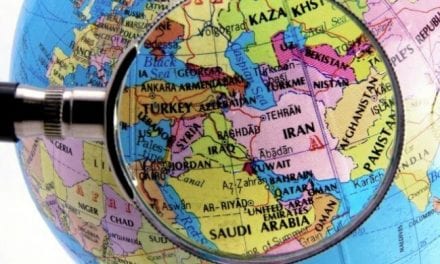 When Will the Next War Erupt in the Middle East? 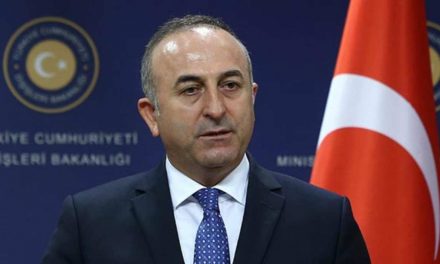